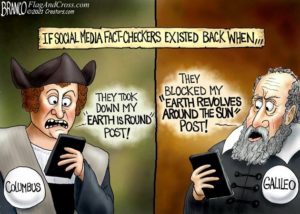 Welcome back to Day 143 of the Harris* Occupation! Another light week for posts, but at least I’ve been able to start writing my four part series again. And I’m dropping some comments in with the links again. In the meantime, Leftist insanity never sleeps:

6/4 – Hiring Again Lower than Expected by a Wide Margin

I’m still waitining for that magical word that “journalists” used to describe every negative economic report during teh Obama years: “Unexpectedly”

6/5 – Is there NOTHING they won’t politicize and/or sexualize?

This one hits close to home. When my oldest niece was little Blues Clues was one of her favorites. On what planet is sexualizing preschoolers considered sane?

I miss the days when I would have just dismissed posts like this as conspiracy theory. Nowadays reality is telling us that even the craziest theories need to be heard out.

A better approach might be to simply cut of any natural gas from the DC area. Apparently the Colonial gas pipeline hack & shutdown didn’t teach anyone a lesson.

This is a post that could have shown up in any Conservative or Centrist publication. The reason you’re seeing it here is that the story is coming from the Radical Leftist publication The Nation.

A good story to read if you suffer from low blood pressure. This is straight up evil.

This story keeps getting more disturbing – were public funds used to hire a PR firm to smear a parent?

Stories like this make me genuinely miss the days when the phrase “Liberalism is a mental disorder” was more funny than true.

If I seem to be focusing more on education lately, this year brought home that this is a battle where, like it or not, I’m being pulled to the frontlines. While I think that Prager makes a good poimnt about pulling our kids out of public schools, it’s only a short term solution. The Conservative / Libertarian in me likes the idea of massive teacher layoffs after plummeting enrollments, let’s be realistic. How is the track record of Leftists looking at people who want to be left alone and saying, “OK, let’s respect their desire to live their life how they want!” We can fight sooner or later, and the only choice for us Normals is the timing.

On that cheery note, have a great weekend!

Until we eat more Krispy Kreme, we cannot get rid of diabetes https://t.co/myhrPhbo6Y

Your ex has moved on, remarried, and is ashamed she ever met you—to the extent she thinks about you at all. You’re making bartenders roll their eyes and say, “buddy, maybe it’s time you moved on?” https://t.co/KLeiAXlqxK

No no no, not true. Abuela loves her paqueña nieta.

Only sometimes Abuela dream about @MattWalshBlog being her nieto https://t.co/mZMnS7mtb7