Things that wouldn’t have happened under Trump 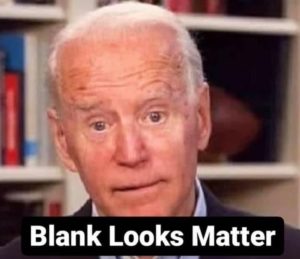 A recent poll finds that Joe Biden is an ineffective and weak President.

In one timed for Memorial Day, voters by a margin of 43%-32% said that Biden was a weaker chief compared to recent presidents. Worse, it found that most feel Biden is “less aggressive” with foreign leaders in pushing American interests first.

He acts far more on behalf of China and Russia than he does for America. The same poll finds he’s done nothing to improve race relations but rather made them worse.

And in another timed for Biden’s trip to Tulsa, Oklahoma, today for ceremonies on the 100th anniversary of the so-called Tulsa massacre, voters 39%-28% said race relations have turned worse since Biden took office.

The true measure of just how pathetic Biden is can be seen in the actions of our enemies since Biden’s been in office. These are things that simply would not have happened had Trump been reelected.

The Colonial pipeline was hacked:

The Colonial Pipeline transports 45% of the oil used by East Coast states, from Texas to New York. The White House is monitoring the shutdown, and President Joe Biden has been repeatedly briefed on the national security implications of the hacking, Press Secretary Jen Psaki said Monday.

Trump would not have condoned paying the ransom as Biden did- he would have responded as he did to Russia.

JERUSALEM (AP) — The Hamas militant group on Monday launched a rare rocket strike on Jerusalem after hundreds of Palestinians were hurt in clashes with Israeli police at an iconic mosque, as tensions in the holy city pushed the region closer to full-fledged war.

Shortly before midnight, the Israeli army said at least 150 rockets had been fired into Israel. That included a barrage of six rockets that targeted Jerusalem, some 100 kilometers (60 miles) away. It set off air raid sirens throughout Jerusalem, and explosions could be heard in what was believed to be the first time the city had been targeted since a 2014 war.

Biden financed this attack after Trump cut off their money.

20% of US beef capacity has been wiped out:

Approximately 20 percent of the United States’ beef capacity has been “wiped out” following a cyberattack on JBS SA, the largest meat producer in the world, according to a Tuesday report.

JBS’s five biggest beef plants in the U.S. — which altogether handle 22,500 cattle a day — halted processing following a weekend attack on the Brazilian company’s computer networks, according to JBS posts on Facebook, labor unions and employees. Those outages wiped out nearly a fifth of America’s production. Slaughter operations across Australia were also down, according to a trade group, and one of Canada’s largest beef plants was idled.

The prospect of more extensive shutdowns around the world is already upending agricultural markets and raising concerns about food security as hackers increasingly target critical infrastructure.

In the U.S., JBS accounts for about a quarter of all U.S. beef capacity and roughly a fifth of all pork capacity.

These things didn’t happen under Trump. These things are happening because Joe Biden is an ineffective, weak and lame President. Biden is more interested in scapegoating white people in the US than anything else. He has essentially become the handmaiden of woke supremacists, China and Russia and things are only going to get worse. And speaking of “things”….

But at least he knows that the Declaration of Independence guaranteed us “Life, liberty, etcetera….”

And of course, the Thing. He has an ongoing problem with the Declaration of Independence

Beef processing doesn’t require any computeriztion.
The inventorying of these animals does.
But that’s not as important.
Killing them, skinning them, gutting them then cutting them in half to hang and cool, all of this is very old kinds of work.
My dad did it in the 1950’s and no computers are needed.
I hope no “ransom” was paid.

But it does show how dirty the dems play when they can’t get things they want.
So…..
Americans didn’t fall all over themselves racing to start eating soy root “meat” substitutes or bug-based “meat” substitutes.
Why not just force them by cutting back beef production?
And that didn’t work either.

Like with the covid 19 vaccines, we are in the process of doing human experimentation as people begin eating soy root based proteins. We have no idea since humans had never, no animals had ever, eaten this part of the soy plant.
Seems, from my observations, that soy boys ought to be studied separately from the females.
They are highly impacted and changing after adopting this soy-root into their diets.
They are getting irrational, emotional and physically weak.
The females, otoh, thrive!

Where the animals come from, their transportation and health is all kept in electronic records. If that were lost, the animals would simply have to be destroyed.

No one thought this idiot would make a competent or ever passable excuse for a President. That’s why it took massive fraud to make him almost one. We now see how disastrous “President by secret committee” can be. We have a massive catastrophe at our border and when this “president” assigns the task of fixing (or covering up) the disaster created by this administration, she simply ignores it, not wanting to get any of the stain of that massive failure on her.

Did Democrats learn their lesson? Hell no! They want to enable MORE fraud because their veer to the far, far left has ruled out any competent candidates from coming to the forefront of the Democrat field. The vast majority of votes (real ones, not photocopied ballot ones) reject their recipe for failure, so fraud is the only path for bringing ruinous socialism to America.

Trump would never have been indicted under Trump.

Sure, along with all the others who rejected Donald Trump and elected President Joe Biden by a 7-million-vote margin.

Trump is a conman. A majority of voters recognized that the first time around by a margin of nearly 3 million votes.

Trump NEVER won the popular vote. His electoral college win in 2016 was so far out of line with the historical relationship between popular and electoral results that it seemed highly suspect. In 2020 the margin of his popular vote loss more than doubled, despite DeJoy’s efforts to sabotage the timely processing of mailed ballots, and multi-state GOP efforts to selectively disqualify millions of entirely legitimate ballots. They’re now busily attempting to rig 2024.

If the GOP wants to bet all of their remaining chips on this loser in 2024, ignoring the fact that he ran one of the most corrupt political organizations in modern American history, go on ahead. If they do, they’ll deserve the predictable results.

Make no mistake—these people are insane.

These people are crazy and violent. Not one Trump supporter among them.
https://townhall.com/tipsheet/rebeccadowns/2021/06/03/andy-ngo-speaks-about-being-attacked-in-portland-n2590462

They’re crazy because they object to being regularly killed by seriously defective police officers, with minimal justification and minimal consequences?

Right wingers bitch and moan about their imaginary oppression by a socialist police state, but just don’t seem to get it when a historically oppressed segment of the population whose ancestors were captured and brought here as slaves objects to living with the real thing on a daily basis.

So what’s the story you tell yourselves to make this seem like sanity?

Antifa is mostly young white people. I guess you didn’t know. Yet you say they are objecting to being “regularly” killed by defective police officers. Another fact free statement by you.

0
Deplorable Me
Reply to  Greg

Provide an example of a “seriously defective police officers, with minimal justification and minimal consequences” killing anyone.

Apparently they have more sense, or more spine, or both, than most elected republicans.

Apparently they fear the truth since they allow people on Facebook to promote killing cops, anti-Semitism and racist rants without restriction. Every one of you crybaby liberals fear any voice of reason and truth. You can’t stand to see your propaganda refuted.

Sounds like Greggie has really slipped his gears. Not only has he gotten all of the political issues wrong, but now he can not even follow simple trains of thoughts. I believe that is called the Biden Syndrome these days to describe people who should be committed to homes where they are not likely to hurt themselves anymore.

Sounds like Greggie has really slipped his gears. Not only has he gotten all of the political issues wrong, but now he can not even follow simple trains of thoughts. I believe that is called the Biden Syndrome these days to describe people who should be committed to homes where they are not likely to hurt themselves anymore.

0
Deplorable Me
Reply to  Randy

Well, you can’t support the racist Obama, criminal Hillary or idiot Biden and get very many things right.