Paul Ryan doesn’t get it 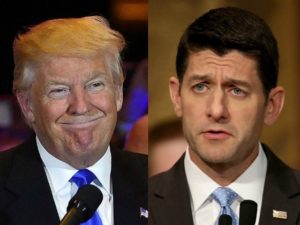 Paul Ryan doesn’t get it. I’m not sure he ever did.

Ryan made a speech at the Reagan Library condemning the populist appeal of Donald Trump.

And here’s the reality that we have to face: If the conservative cause depends on the populist appeal of one personality, or on second-rate imitations, then we’re not going anywhere. Voters looking for Republican leaders want to see independence and mettle. They will not be impressed by the sight of yes-men and flatterers flocking to Mar-a-Lago.

Let’s look at a couple of definitions. First, populism

NOUN
support for the concerns of ordinary people.

Paul Ryan was a champion of the status quo and clashed with Trump on a number of issues, including the TPP and NATO. Ryan was satisfied with the US footing almost the entire NATO bill while Trump negotiated to have other nations pay their fair share.

Ryan was all for the TPP but many, Trump included, were not. The TPP was called “NAFTA on steroids.” Richard Trumka called it “A bad deal for American workers.”  Even the MSNBC creatures had a problem with it:

But when it comes to deals like these, including NAFTA, another trade deal also on Trump’s chopping block, “It just hasn’t worked. That’s the problem,” said Velshi. The issue is that although the government is helping creating wealth for these companies, there’s no mandate that they spend it on hiring or wages. “Companies love free trade,” said Velshi. “Companies get to share profits with shareholders, the government gets the taxes, but workers don’t get their fair share.”

“This is all diplomacy. There is no benefit,” said Derek Scissors, a China specialist at the conservative American Enterprise Institute. “The idea was diplomatic rather than economic.”

Trump was right about NATO and he was right about the TPP. Since retiring, Ryan has taken seats on the Boards of Directors of several corporations. Being on such boards is a usually quite lucrative.

Thing is, Ryan doesn’t get it. Donald Trump wasn’t a polished politician but he cared more for his country than for his wealth. He cared for Americans of all color and religions. Ryan added

Ryan underestimates American conservatives. Trump got 75 million votes in the last election. It wasn’t because of his personality. It wasn’t about too much allegiance to one “passing political figure.” American conservatives finally felt that someone actually cared about them and their country and not their personal political futures and fortunes. They had someone who wasn’t willing to sell them out. Trump was the right person for populism and for conservatism. We had a great economy. America would have had such a person for another four years if not for a perfectly timed pandemic.

Instead, we have a village idiot bent on destroying everything that means a thing in America. 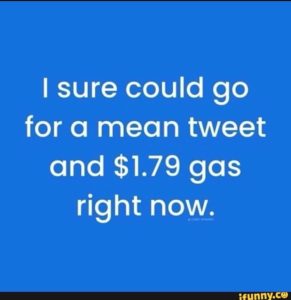