The Conservative Case for DC Statehood 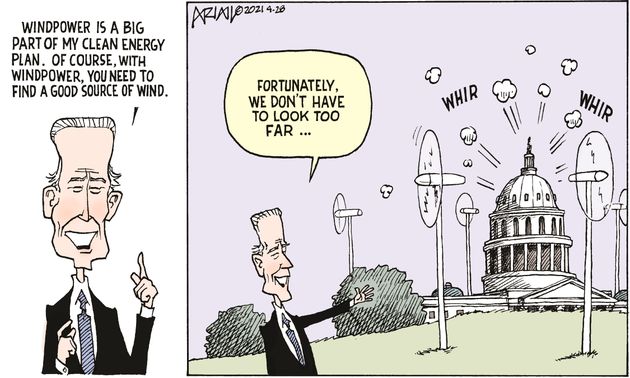 Sorry if you were drinking something and I made you spit out your beverage. Don’t worry, I haven’t gone beta-like The Lincoln Project, National Review, etc. But I am serious about the title of this post, if not in the way that The Radical Left is fantasizing. First off, the reason that the likes of Robert Reichstag are giving is that somehow opposing DC Statehood is… wait for it… racist! C’mon, Robert, racist? That is soooo 2010. The correct slurs for 2021 are White Nationalist or Insurrectionist – get with the times! But I digress. For starters, let’s address the real elephant in the room, the reasons that it’s unconstitutional. Sorry for no direct link, as this appears via a newsletter published by The Potomac Tea Party:

Second, Article IV, Section 3 provides no new state may be created out of the territory of an existing state without that state’s permission. When Maryland gave up part of its territory to form the District of Columbia, Maryland did so for the sake of creating a national seat of government, not a new state. Arguably, the consent of Maryland must be obtained for D.C. to become a state.

Third, the 23rd Amendment to the Constitution discusses the District as a permanent constitutional entity that is not a state. The Amendment provides for the number of electors the District is to have in presidential elections. The latest D.C. statehood bill, if it becomes law, would take the national capital seat of government down to the White House, the Capitol building, the National Mall, and a few federal buildings and monuments. The rest of D.C. would become a state IF the 23rd amendment is repealed. The authors of the current bill know that because their bill would start the process for a new constitutional amendment to repeal the 23rd amendment. Under Article V of the Constitution, this would require two-thirds of both Houses of Congress or two-thirds of the states to initiate, and three-fourths of the states to ratify repeal of the 23rd Amendment. In other words, the country, not just Congress, would have to approve D.C. statehood.

It’s been argued D.C. statehood does not require a constitutional amendment. Under the Constitution, Congress has the authority to admit new states, end of the story. But it would not be the end of the story. There are at least four constitutional provisions involved and that’s why the issue of D.C. statehood would most likely end up in the Supreme Court. The Republicans are mostly weak and spineless, but they are still not likely to sit idly by and allow two more Democrat Senators to stack the deck against them without a fight.

Now with the intelligent, well researched facts out of the way, let’s get to my idea of how we can give The Radical Left their idea and give it to them good and hard! I actually agree that it’s a fair point to debate that the residents of DC don’t have representation in Congress. I disagree for the reasons listed above, but how about if we find a way to give DC’s current residents a way to vote without turning it into the latest effort by Left Wing Extremists to use the Constitution as toilet paper? Step right up and grab a beverage, because it’s time to have some fun with this!

Our Capitol was never intended to become some sprawling metropolis, rather a place for leaders to visit for part of the year and for them to return home to tend their own livelihoods. So if we can’t bring the voting right to DC, why not take DC to where they can vote legally? Yes, I say let’s build on the effort that we’ve already seen with relocating some agencies out of DC, such as moving the Dept. of Interior out West, so that these bureaucrats with lordlike powers will actually have to live among their subjects. Why stop there? Let’s move every single agency out of DC! This can be a “jobs” boon to the states, as we divide up the agencies and their jobs proportionally among the states based on population. Fair, right?

Next, we do the same with every member of Congress. As we’ve learned in the last year, technology has made it easier than ever to work as teams remotely, so why not Congress? After all, since we face a Climate Emergency this will reduce their carbon footprints and by both cutting travel and the need for second residences in DC (along with all of their staffers) – a win/win! What about all the think tanks, lobbyists, and members of the Nonprofit/NGO Industrial Complex? They can do whatever they wish – if voting is so important they can follow whichever politicians are their biggest patrons. But Brother Bob, you may be asking, while this idea is up to your usual level of brilliance, what about the many residents who aren’t part of the organizations that you mentioned?

That’s the beautiful part, and I’m not the first to come up with this idea. Since DC was meant to just be a small political district, cordon off the area from The National Mall to Capitol Hill as the district, and cede the rest of the land to Maryland. This has historical precedence, as just before the first time Democrats started a Civil War Virginia took back its land in Arlington so that Democrats could keep their slaves. This time we give the rest of DC to Virginia’s neighbor to the north, DC’s nonvoting rep in The House is now voting, and every resident now has representation in The Senate. Done and done!

Since we know that Democrats’ intention behind DC statehood is about voting rights and not some brazen attempted power grab every one of them will support this, right?

Oh sorry snowflakes Joe Manchin just put coal in your DC statehood wet dream stockings
I guess you won’t be able to steal 2 Senate seats, now go run off to your safe spaces and cry me a river 🤣🤣🤣🤣🤣🤣🤣🤣🤣🤣🤣🤣🤣🤣🤣