The Democrats Are Right – Let’s Defund the Police! 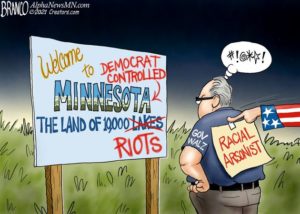 Maybe the “Defund The Police” Leftists have a point. Before you open with the flames, hear me out. Before we go any further, let’s clarify what Defund the Police (DTF) actually means.

In June of 2020, the Minneapolis City Council, who voted to defund their police department, hired their own taxpayer funded security detail. A month later Mayor Lightfoot of Chicago , also a DTF proponent, dispached dozens of extra police to guard her home. I could write a lengthy post on this, but I think that those two examples sum up what DTF is actually about, just as with the gun grabbers. The leaders have made it clear that it’s not the police that they want abolished, it’s your police that they want abolished. So here is my modest proposal:

Reach out to Republican lawmakers, and if you have any Democrats from your state or localities pushing DTF movements, have Republicans write up legislation to remove any kind of armed security protection for any office holder who proposes defunding the police – let them lead by example. They’ll scream bloody murder of course and will fight it tooth & nail, but isn’t it time we went on the offensive and started forcing them to defend their stupidity publicly? Remember, every minute they’re sending having to defend their radicalism is a minute they can’t spend trying to ruin this country.

Expect more quick hits like this in the coming weeks.