A National Police Force is in the making 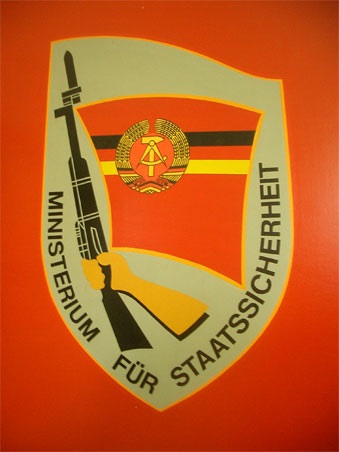 This is something that has been rumbling around in my head for some time. The parts are out there and are being introduced little at a time just waiting to coalesce as they reach a viable mass.

All the incendiary verbiage being spewed out of the mouths of democrats is not a mistake. For them and for Black Lives Matter, not all black lives matter. The only black lives that matter to them are the ones shot by cops. The only black lives that matter are the ones they can use to their political advantage. Earlier this month 7 year old Jaslyn Adams was shot and killed in Chicago while she was with her father in a McDonald’s drive through. BLM could give a damn. Al Sharpton could give a damn.  13 year old  Nyaira Givens was stabbed to death in Cincinnati. Neither Sharpton nor BLM could give a rat’s ass. Sharpton could not be bothered spooling up the engines to sashay on to his private jet. There is a reason for this.

They are interested ONLY when a black person is shot and/or killed by the cops. BLM was readying a protest for a person shot and killed by the police but when it was learned the victim was white they abandoned the effort.

Criticism of the police has reached a fevered pitch. An officer shot Ma’Khia Bryant in order to save another girl Bryant intended to “stab the fuck out of.” The sheer volume of stupidity in response is mind boggling but telling.

Stacey Adams: ‘No Justification’ for Killing Bryant without Trying Some ‘Intervention,’ ‘Regardless’ of What She ‘May Have Been Doing’

Intervention in difficult when you have less than a second to decide what to do when a live is in jeopardy.

Sunny Hostin:  It’s “Not Acceptable for ‘Police to Shoot 16-Year-Old’ over a Knife Fight”

Sunny Hostin is either a liar or an idiot. It wasn’t a knife “fight.” It was an armed attack on an unarmed person. It’s almost as though Hostin doesn’t care about unarmed black girls.

The New York City Council voted to remove “qualified immunity” from its cops. The calls to “defund the police” and “reform policing” grow stronger with each incident that aligns with the narrative. It does not take a stretch of the imagination to see what is coming. democrats seek to end local policing and establish a National Police Force using the racial divide they are creating as the lynchpin. You might remember that Barack Obama actually proposed such a thing.

The military is being purged of conservatives right now to make sure it won’t interfere.

Now in order to make sure this works a couple of things have to be done. First, to make sure democrats maintain control of Congress forever DC and Puerto Rico must be given statehood. The Supreme Court must be packed with radical left wing “justices.” Then democrats would be free to make universal voting laws – allow illegals to vote in all elections and ban photo ID requirements.

That would ensure the survival of the NPD and it could be used to do whatever Pelosi and Susan Rice want to do- all in the interest of democracy, you understand, such as confiscating your guns under the guise of a national security imperative.

Generating bipartisan consensus for an effective crackdown on firearms will always be difficult. While gun control is now unlikely to lose existing supporters, it is also unlikely to win many new ones. But reframing the issue as a national security imperative could galvanize passive backers now focused by the assault on the Capitol on maintaining political stability in the United States.

This is the liberal wet dream. The NPD could enforce social justice, climate justice and infrastructure justice.

And right on cue, Ilhan Omar seeks Federal control of the police.

They could call it “Granting Equitable State Trained Policing Organization.

Obama also started the concept of having individuals report their friends, family and neighbors for having subversive thoughts. The left cannot allow free thought to exist; few actually want what they offer. So, they must eliminate other ideas, force compliance of their woke rules and eliminate anyone that stands up against the State. A federal police force superseding local police would be necessary to enact any of that.

“They could call it “Granting Equitable State Trained Policing Organization.”

Biden is making quite a splash in his first 100 days. He’s at 52% approval! The media points this out with glee.

That’s the lowest 100 day approval rating for an American president in 76 years.

Especially considering he gets almost total praise by the corrupt media. I wonder, what did people expect from a racist old man that has criminals as relatives and lies constantly, partially because he simply doesn’t remember the truth.

Sort of. Trump’s “approval” ratings are irrelevant, given they were baked and false.

Oh… wait. Democrats were in charge in Minneapolis. And Brooklyn Center. And Cinncinnati.