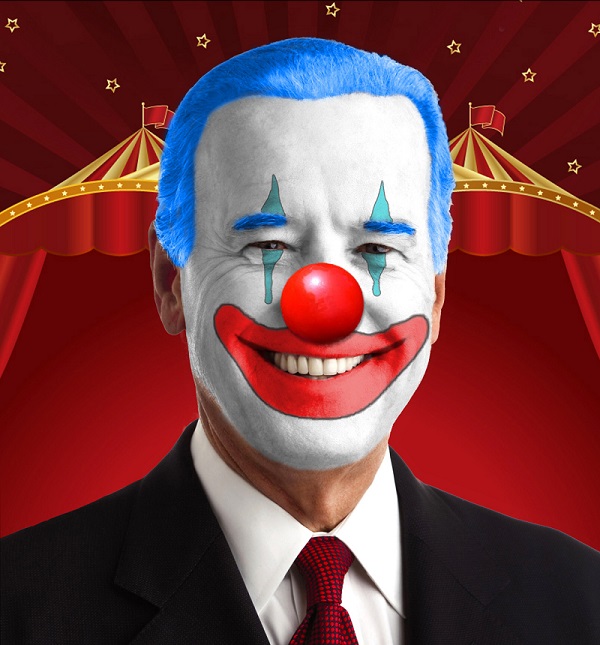 Well, that didn’t work out too well. Japan’s Prime Minister, Yoshihide Suga was the first foreign leader to visit the White House, and apparently it was an unmitigated disaster or what is now considered a normal day for Joe Biden. In a glaring lapse of decorum, no one bothered to meet the Prime Minister when he arrived at the front door. That was awkward. Suga was forced to drag his suitcases up the stairs and then yell into the Ring video doorbell in Japanese:

“Kon’nichiwa,Watashi wa koko ni.” (Hello, I’m here.) How embarrassing was that? Joe was busy chasing the dog around the Oval Office and told Kamala, “Go answer the door sweetie.” Kamala ignored Joe’s request, (like his directive to go fix the border thingy) grabbed her cellphone and yelled, “Yeah, who’s there?” When Kamala saw Suga on the Ring camera and heard him speak Japanese, she cackled, “Hey moron, all deliveries go to the back of the building,” and then ended abruptly ended the call. Joe had his dog Minor pinned against the Resolute Desk in a headlock and inquired who rang the bell. Kamala curtly said, “Just some confused Chinese delivery dude who was looking for the kitchen.” Joe responded, “I love Chinese food. Can we have some tacos for lunch?”

The marine stationed at the front door ushered the Prime Minister into the White House. Joe said, “Oh crap, I forgot that was today the Japs were invading. You go meet him.” Then Joe hid under his desk and pulled in the chair so that no one could find him. Kamala was still dressed in her sweatpants from the sleep-over but she dragged herself out to go meet the Prime Minister. On her way out of the oval office she yelled in a snarky tone, “I’m gonna do this Joe, but I ain’t happy!”

Kamala was very dignified and extended a warm, friendly, welcome……right after her sixty-second infomercial when she trashed America for being a systemic racist country filled with too many guns and too many stupid conservatives who hate all women and especially her because she gets to wear a black hockey mask and always dresses like she is going to a funeral.

Joe finally met Mr. Yoshihide, apologized for being white and congratulated him for, “That Japanese kid winning that thing, you know that they play with white balls down in that nasty country of Georgia. Come on man, you know what I’m talking about!” Unfortunately, Mr. Yoshihide did not know what Joe was talking about and mumbled something in his facemask about being stuck in crazy town and Joe was the mayor.

On the way to the airport Mr. Yoshihide gave Joe a one-star Yelp review for the insulting visit. Suga also texted the leaders of India, Australia, Vietnam, the Philippines, South Korea and Taiwan. The message read, “We have a problem!” Ya think?