Venezuela is our ultimate fate if Biden packs the Court 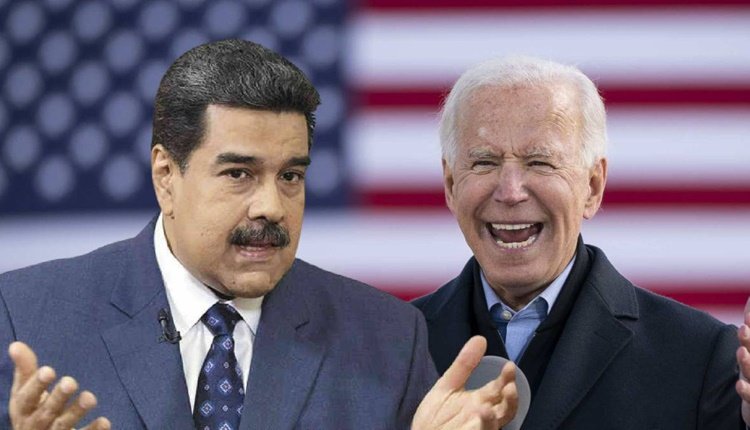 During the Presidential campaign Joe Biden refused to say whether or not he supported packing of the Supreme Court which indicated to many of us that he would certainly support it. Now that Biden is President has control of both the House and Senate the only thing remaining in his way to turn America into a banana republic is the Supreme Court. Consequently democrats are now engaged in the deceitful drum beat of a broken Supreme Court.

Jerry Nadler (D-NY) once again puts his contempt for the intelligence of the American people on display with an idiotic argument that adding 4 new far left liberal Justices to the Court would “unpack” it. Ed Markey (D-MA) showed how 5 years can cause a liberal to do a 180. On the left is Markey in 2016 and on the right is the same Markey a couple of days ago. 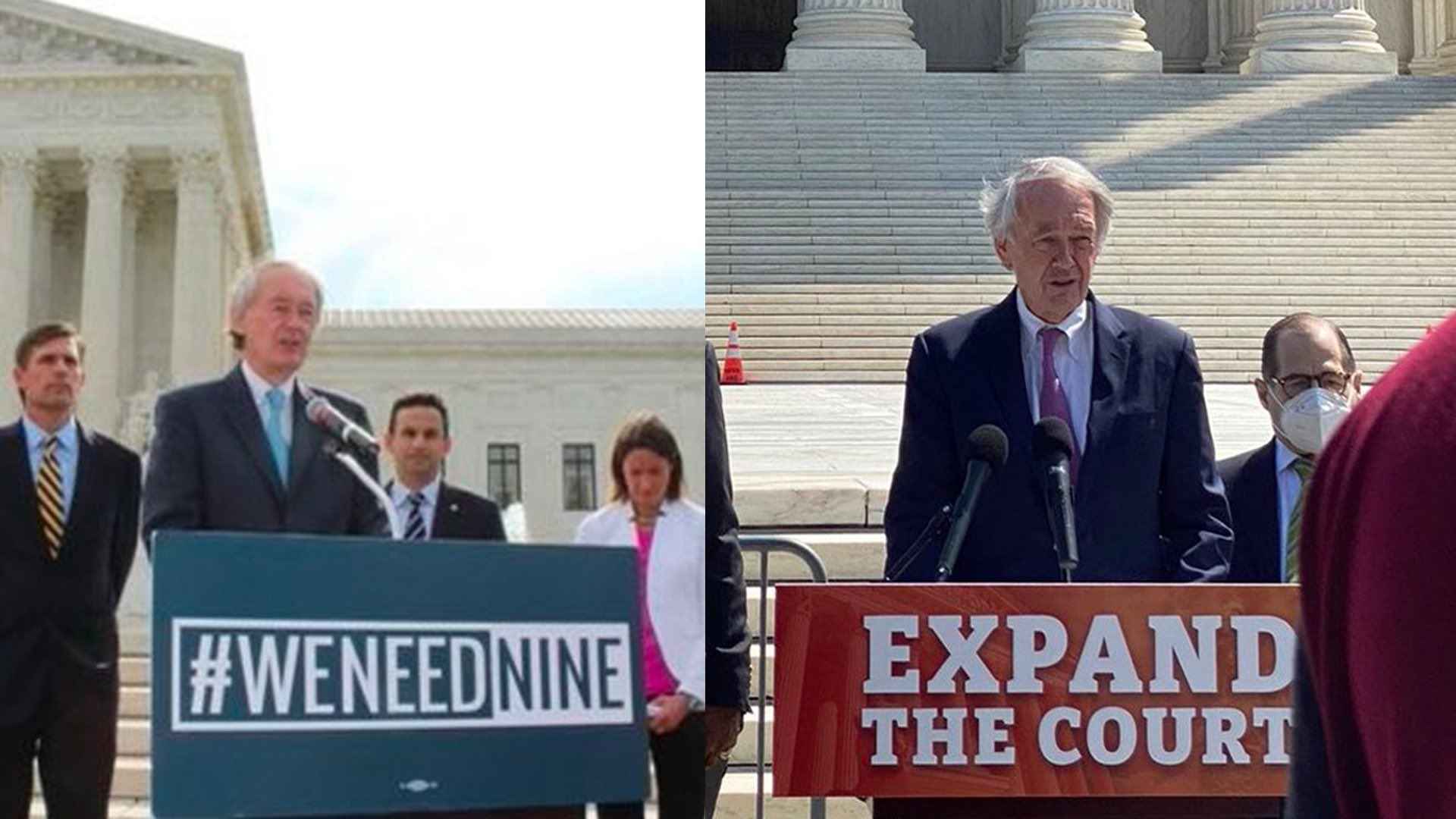 “What I’m trying to do is to make those whose instincts may favor important structural change or other similar institutional changes such as forms of court packing to think long and hard before they embody those changes in law,” Breyer said.

“I hope and expect that the court will retain its authority … which was hard won. But that authority, like the rule of law, depends on trust. A trust that the court is guided by legal principle, not politics. Structural alteration motivated by the perception of political influence can only feed that latter perception, further eroding that trust.”

There is one and only one reason democrats want to seize the Supreme Court and that is to guarantee that they would be completely unfettered in the pursuit of the establishment of a totalitarian socialist state. There is a historical precedent for this and it is known as Venezuela.

In 1999 Hugo Chavez was elected President of Venezuela. Almost immediately he took steps to ravage the democracy.

When the late Venezuelan socialist leader Hugo Chavez first won the election in 1999, the country’s Supreme Court was independent. But after it issued several rulings that went against him and his administration, Chavez packed the court by passing a law expanding its size from 20 to 32 justices in 2004. Chavez got to pick the 12 new judges — effectively stacking it in his favor.

Canova, who compiled research on 45,000 rulings issued by Venezuela’s high court since 2004, says the court never sided against Chavez’s government after it was packed.

“Since 2004, I found that Chavez and the government never lost a case. Not a single one,” he said.

Then Chavez ran for re-election in a farce of an election. When he won he took even more outrageous actions. With his Supreme Court in his pocket nothing could stop him:

It was only after Chavez stacked the court that, in 2006, he ran on a fully socialist platform. When he won re-election that year, the justices of the Supreme Court stood and chanted a rhyme to the effect of “great, Chavez is not leaving!”

“They basically took over the entire economy,” Canova noted.


A Venezuelan Freedom activist wrote about this from his personal experience:

As a Venezuelan, this is not the first time I have seen an authoritarian measure like this. Changing the rules also was a strategy of Hugo Chavez, the former president of Venezuela.

Chavez had two fundamental rules—expel those on the court who were not attached to his party, and add enough seats to ensure his will was done. Chavez increased the number of judges on Venezuela’s highest court from 20 to 32 in 2004, and in so doing secured victories for himself until his death in 2013.Venezuela has the greatest oil reserves in the world and it is an economic disaster despite that as Chavez threw out the talent needed to run the oil industry.

Elections continued, but they were a joke.

Chavez was elected by the people in 1998, and he consistently allowed elections since. But he fundamentally changed the country and its laws so that no candidate stood a chance against him.

Now see if this sounds familiar:

Chavez began to disrespect the rule of law in 1999, his first year in office. Saying the country needed change after years of oppression of the poor, he changed the constitution, abused the rule of law, increased the size of the government, and diminished its institutions.

In multiple interviews before being elected, he specified that he would be neither a socialist nor authoritarian. Once in office, he did not keep his word and instead spread the phrase “fatherland, socialism, or death.” Thanks to his packed courts, nothing could be done.

“He changed the Constitution.” Think that can’t happen here? It can if the Supreme Court refuses to challenge lawless changes to it. The Second Amendment would vanish, the First would be restricted and the others would be abused as politically needed. “Nothing could be done” is right. Biden would cement the dictatorship whose foundations are being laid by his EO’s right now.

Now who might Biden appoint? A number of possibilities come to mind

Gascon’s progressive worldview leaves him unfit to oversee the pursuit of justice. His priority is not the victims of crime or the safety of the county’s residents but with using the district attorney’s office to impose a soft-on-crime progressive ideology. He is committed to that goal, even if that means shrugging off homicides and gang shootings when the city is seeing a surge of them.

He said it is people who “don’t believe in criminal justice reform” who are spreading these lies.

But Boudin’s criminal justice reform is emptying out jails and prisons, and removing bail.

According to the Marina Times, “Boudin’s lack of prosecutions is fueling a burglary epidemic.  Boudin’s term started with a 23% leap in robberies and upticks in burglaries and car break-ins.  After the March 16th Covid-19 shutdown, with retail stores closing and tourists and rental cars disappearing, criminals transitioned to stealing cars, starting fires, and committing burglaries.  Through the shutdown, as of September 1st, burglaries exploded up 57.6% over the same period last year.  (Year-to-date homicides are up 33% under Boudin.)”

Then we have a few other potential candidates: Jerry Nadler, Adam Schiff and for diversity AOC, Rashida Tlaib and Ilhan Omar. That would be a Supreme Court for the ages. None of them would have any more regard or respect for the Constitution than they have now.

You may think you know what could happen to you. Think again. Biden is not a nice person.  He is the same ass arguing about his class rank and IQ that he was then. He lied wantonly then and he lies wantonly now. As I said already,  he is a prick. Don’t underestimate his aspirations.

The lunatics that have taken over are heading more in the South Africa direction.

The only packing we need it packing to prisons full if rioters,Looters and Biden and his fellow Democ-Rats and therefore a Prison in the middle of nowhere would be a great idea way up in the Rocky Mountain’s far away from Humanity or any wildlife

We’re already on the road to Venezuela – their fate started with Marxists seizing power via a rigged election. Sound familiar? I also believe that when things get bad enough the Normals will want to secede

It is important to note that Chesa Boudin was raised by Billy Ayers and his radical Marxist wife, Bernadette Dorn while his parents were in prison for murder. This acorn is laying right below the tree to carry out the work of his parents.

Can you spell “banana republic”, boys and girls?

We currently have five conservative justices and four lefties. Two of the conservative ones proved themselves to be spineless by refusing to hear the challenges to the unconstitutional way some states conducted their elections. The Court is effectively “stacked” right now.

fat, ugly, stupid, and possessing a Neanderthal brain, nadler, so how does adding four more justices “unpack” a court?? 9+4=13..did he not learn how to add?