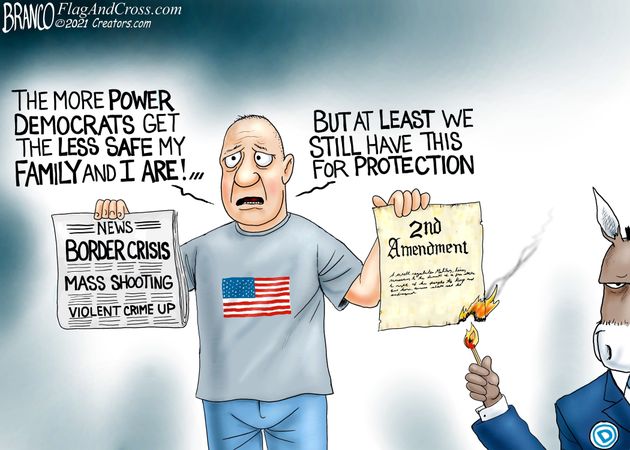 Welcome back to Day 80 of the Harris* Occupation! Let’s get straight to it, first with a trip in the Wayback machine to… the previous week:

Read to the end. While I’ll admit that the quote in the last paragraph sounds tinfoil hattish, if you had told me 20 years ago that today China would control Star Wars, the NBA, have an asset on the House Foreign Intelligence Committee among many other offenses I’d have said you were crazy. And yet here we are.

Years of frustration engaging Leftists finally was lifted when I learned an old but brilliant adage, “You can’t reason someone out of a position they didn’t reason themselves into”

There are more comprehensive lists out there, as well as companies to use. If anyone knows of them please drop in teh comments. Specifically, I want to get away from Bank of America.

Unlike the media bashing we all do, this post concludes with constructive suggestions. Which is why the media will not take this advice.

Your weekly reminder that we serfs must make sacrifices so that our Betters can have SUVs to shuttle their bikes to a few clocks from work.

4/6 – If Democrats Will Cry ‘Racist’ No Matter What, Republicans Should Pass Much Stronger Laws

Fair point. If we’re going to be called members of the National Socialist Workers’ Party no matter what we do, why not go all in and do the absolutely right thing?

Your weekly reminder that we serfs must make sacrifices so that our Betters can have private jets to zip them around the world.

Looks like Stacy Abrams mighth have to return to her previous career of wandering around telling people that she’s the Governor of Georgia.

Kamala Harris’s* talking dummy actually said out loud that he wants to turn the rest of America into California. And it looks like he’s serious. Let that sink in.

On that cheery note, have a great weekend!

(Please pardon the dust in the end section where I post a few tweets from the previous week. Whenever there’s a change at FA the code needed to embed them usually changes, so if you see extra gibberish it’s my erring on the side of caution until things settle down. And if you see extra code from posts from Minds or Gab, it’s me trying to figure out how to embed posts from other social media sites so I can finally ditch Twitter once and for all. Any advice to help with that last part is always appreciated)

oh she said the quiet part out loud https://t.co/i4L1dhNXDh

Did you ever have one of those toxic friends who drives a boyfriend away through her craziness and then won't stop talking about him obsessively? She has elaborate theories and analysis about what he's up to post-breakup? pic.twitter.com/7mfCsPO3di

DOJ quietly acknowledges there was no sedition at the US Capitol