We forgot something about Biden. He’s a nasty liar 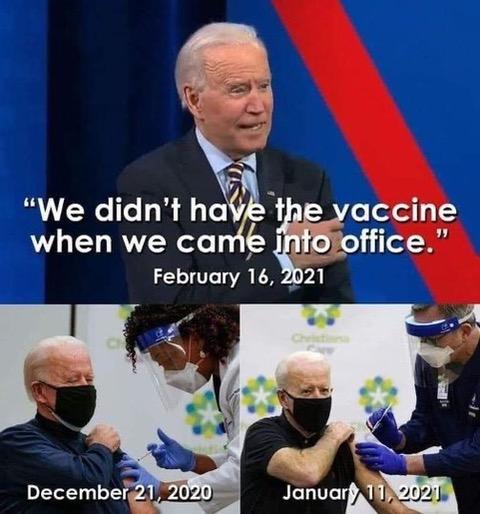 Joe Biden has moments of lucidity and moments of confusion. He has to be in bed by 7 pm and doesn’t get to the office before 9 am. He is clearly cognitively impaired. There has been a lot of focus on that and it is in order but we’re sort of forgotten something along the way.

Biden is a galactic liar and he is a nasty person.

Oh, I know he put on the nice old grandpa schtick during the campaign but under that phony veneer he’s a prick and a lying prick at that. His smears of late bring all that to mind.

Biden has a long history of lying going back decades and this clip captures the earlier, real Biden.

That mendacity ruined his first Presidential aspirations. He hasn’t changed and he’s just as nasty as ever.

Biden gave license to the worst instincts on the left with his repeated sneering references to all Republicans and especially Donald Trump. At one point, he actually accused Trump of letting immigrant children “starve to death on the other side” of the Mexican border.

Biden said in the September 12, 2019 debate: “We didn’t lock people up in cages. We didn’t separate families. We didn’t do all of those things, number one. They did”

Joe Biden has repeatedly said he was arrested with Nelson Mandela on the streets of Soweto during a trip to South Africa in the 1970s, when South Africa was under apartheid.

Biden said on May 22, 2020 in an interview on The Breakfast Club radio show: “The NAACP has endorsed me every time I’ve run.”

On September 3, 2019 in an NPR interview, referring to the Iraq War, “immediately, the moment it started, I came out against the war at that moment.”

On August 7, 2019 – Joe Biden claimed that Donald Trump “asserted that immigrants would quote, ‘carve you up with a knife’.”

More recently, the former vice president has told audiences that after his stint in the White House, “I became a teacher. I became a professor.” While it is true that he took a lofty salary to make a handful of speeches for the University of Pennsylvania, Biden has never taught students.

Then there was the inspiring tale of visiting Afghanistan to honor a heroic naval officer. Biden described the officer’s actions in detail, adding, “This is God’s truth, my word as a Biden.” But according to a review in the Washington Post, no such incident occurred. Biden was lucky not to be hit by lightning.

There were also Biden’s claims of having been arrested in the 1970s because he tried to visit Nelson Mandela in prison. Nope, didn’t happen. He has also cast himself as a civil rights activist and co-sponsor of the Endangered Species Act; those things aren’t true either.

Biden lied about the new Georgia Voting Law so egregiously that even the WaPo fact checker could not let it slide:

Fact-checker Glenn Kessler honed in on two-sets of remarks made by Biden last week:

“On Election Day in Georgia, polling places are open from 7 a.m. to 7 p.m., and if you are in line by 7 p.m., you are allowed to cast your ballot. Nothing in the new law changes those rules,” The Post reported. “However, the law did make some changes to early voting. But experts say the net effect was to expand the opportunities to vote for most Georgians, not limit them.”

The Federalist made a list of all the lies Biden’s uttered since becoming President.

– Biden Insists He Is Tough on China

– Biden Says Migrants Not Flooding the Border Because of Him

That’s a sampling. Check them all out at the link.

There has been such a concentration on Biden’s dementia – me included- that we’ve sort of lost sight of the fact that he is a chronic liar. Frankly, I find the combination of dementia and deceit to be truly frightening for someone with the nuclear codes. The next time he slurs his words or asks “what press conference?” remember that.

Also remember that Biden’s dog learned to bite people from someone.