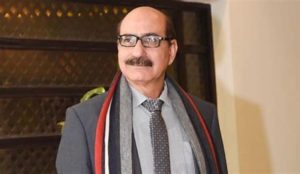 Mohammed Anwar was a 66 year Pakistani immigrant who was making money as an Uber Eats driver. On March 23 he was carjacked by two teenage girls. Anwar was tased and then dragged at high speed while holding on to the door until the open door of the speeding car was slammed shut by a pole. Anwar was thrown away and the vehicle crashed and came to rest on its side.

There is a very graphic video of the tragedy and it can be seen here. I won’t post it here but I believe it should be seen. To their credit Twitter refuses to take it down. People need to see it what liberals have done to society.

In the aftermath of the murder the two girls climb out of the car and with Anwar lying dead and crumpled against a fence one of the teens starts screaming- not for him but for her phone. She left her phone in the car.

Not one thought from either girl for the man they just killed. No remorse.

What were these girls doing there? What were they doing with a taser?  What kind of parenting taught them that this was acceptable behavior?

This is murder was monstrous. It is every bit as horrific as any other high visibility murder in the news right now, but it doesn’t get the same coverage. The galactic outrage is absent.

A brief report notes that the two girls have been charged with murder.

DC Mayor Muriel Bowser put out a tweet appearing to blame the victim.

Car jackings in DC have quadrupled over the last year thanks to democrats’ policy of disrespect, defame and defund the police.

This murder doesn’t have the same media snap that others have because the circumstances weren’t worthy of liberal attention and discomfort for various reasons. The victim and perpetrators don’t fit the leftist narrative. That means the murder will fade from the media as quickly as did the Boulder shooting, which only compounds the horror.

Login
wpDiscuz
36
0
Would love your thoughts, please comment.x
()
x
| Reply
‹ Back to Categories