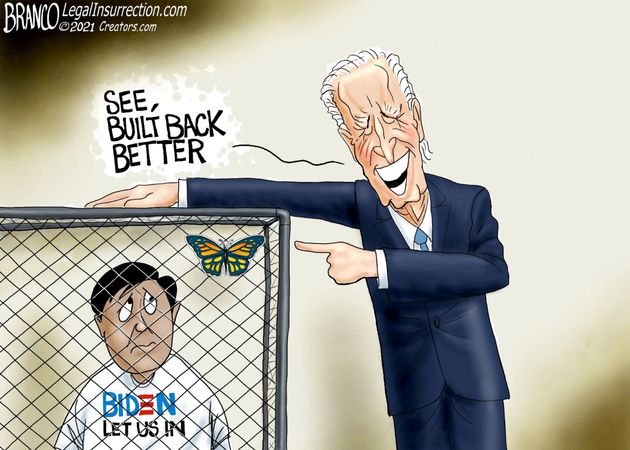 Welcome back to Day 66 of the Biden* Junta! What kind of insanity has The Radical Left introduced this week? Let’s jump in:

Like any good Leftist, Gulag Barbie’s concern goes as far as political usefulness or ability to virtue signal.

As in accurately captured every fraudulent ballot?

Our Maskurbator in Chief can’t go away quickly enough

If normal wives are no longer PC, why wouldn’t lesbian wives be as well?

At some point one of these events will end with Normals having had enough and then things will get ugly. And no, I’m not wishing or hoping for this, it’s just that when The Radical Left finds an activity they enjoy they don’t stop unless it stops being fun.

I know, you probably know this story. The link here gets the nod for The Federalist doing its usual excellent research. And while things don’t look good for Noem, I have a feeling that at some point she’ll redeem herself. And no, I have no evidence other than a hunch and knowing full well that it won’t happen until she redeems herself for this. The last thing Conservatives will trust is another unrepentant architect of Romneycare 2.0.

Trojan Horse is a relative term – Is it just me or is The Radical Left not even bothering to hide their Totalitarian ideas anymore?

3/26 – Suffering, Compassion, Tribalism, and the Left

This one is longer and heavier than the usual posts here but is well worth your read. It’s a pretty sad and up close sharing of one woman’s personal experience with Democrats’ “compassion”

ICYMI – I gave credit to a Tater: Brian Stelter was Right About Tucker Carlson

The party that put Asian-Americans in camps has less than zero moral standing to speak about anything concerning the Asian-American community.

The bastard judge who just arrested Marlena in Michigan for opening her business is holding her without bail. I’ve written about 100 articles the past few years on the worst violent criminals getting out with low bail. We no longer live in a just country.