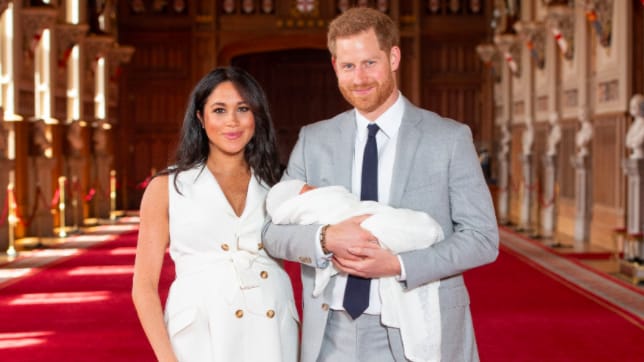 Rare is it when you have one person so perfectly embody a moment in history as you do Meghan Markle in 21st century America.

Meghan Markle is gorgeous. She’s well-spoken. She’s famous. She’s rich. She’s literally married to a prince and has a beautiful child. She’s got it all… And yet she’s an insufferable crybaby and perpetual victim.

By any measure, Meghan Markle is living a princess’s life. From a broken, mixed race home, Meghan grew up in southern California before she went on to earn degrees in Theater and International Studies from Northwestern University. From there she spent years with bit parts in Hollywood until her big break at 30 when she landed a major role in the USA Network show Suits. After spending six years on the hit show Markle decided it was time to leave as she had literally found her prince. And they lived happily ever after…

Not so much. Despite having a life that 99.999% of the people on the planet might exchange their own for – at least the women – Meghan Markle wants us to know that she is a victim. She’s been forced out of the British Royal Family as she and her husband and her baby have been disrespected because she’s American, because she’s half black and because they’re jealous of her.

As a result of being booted from the Royal Family – despite the fact that it was she and her prince who chose to leave – Meghan has been forced to drag her family around the world, first staying in an exclusive home in Canada, renting Tyler Perry’s estate in California and finally settling for the purchase of an $11 million California mansion of her own. In their efforts to find “privacy” Meghan and the Harry sat down for an interview with one of the world’s most high profile journalists. In addition, the pair of outcasts will be forced to scrape by on just under $100 million a year in income via production deals with Netflix and Spotify.

If all of this sounds a bit surreal, it should. If it sounds familiar too, it should. Why? Because just as Meghan Markle, one of the world’s richest and most famous women spends her time whining that she’s a victim, the American left, home of some of the most pampered people to ever live in human history, spends its time lamenting the victimhood of its various constituencies.

And the victim groups are legion… blacks, Hispanics, Asians, gays, transgenders, women, Muslims, the poor, single mothers, teachers, the handicapped, illegal aliens and more… America’s left never met a group – other than perhaps the oppressive straight white Christian males – that they didn’t see as a victim group to be exploited for power and money. America is racist, sexist, homophobic or whatever else turns the group of choice into a victim of hate at the hands of those aforementioned oppressors.

But the thing is, America is in reality one of the least racist, sexist, homophobic etc. countries in the world, indeed Americans share far more with one another than we differ. Rare is the instance where someone can’t find success in America because of the characteristics the left champions. While America is not perfect, it in fact provides more opportunity to more people from more backgrounds than any nation on earth. Not sure? The dirty little secret the left will never let you know is that the poorest Americans are economically better off than the average European and exponentially so relative to the average person living in Asia, Africa or South America. Most Americans enjoy a standard of living better than virtually every person who’s ever lived on planet earth, including kings. The left won’t tell you that Americans enjoy a level of individual freedom unprecedented in human history. The reality is, despite what you hear on television and social media platforms, black Americans are not being hunted and killed by police and, according to the FBI, black and white interactions with police are actually quite similar overall.

Sadly, the fact that the reality of Meghan Markle’s lavish lifestyle does nothing to diminish her claim of victimhood is not unique. In America of the 21st century victimhood has become the coin of the realm. The left discards the reality of the egalitarian nature of the United States, the freedom of opportunity shared by almost every American and a standard of living that most people on earth would die for, all in the name of dividing Americans, turning them against one another and most importantly, accumulating wealth and power.

If America is lucky the Meghan Markle / Oprah interview might just jump the shark.  Perhaps Americans will finally come to recognize that if wealth, fame, beauty and influence can’t satiate the woke need for pity and victimization, then nothing can. Maybe after seeing the vapid blathering of a prince and princess with a staggering lack of self awareness and frame of reference Americans will finally get back to the business of living their lives and seeking to interact with one another based on their content of character rather than viewing each another through a prism of glass fractured by the fabricated divisions of the left.