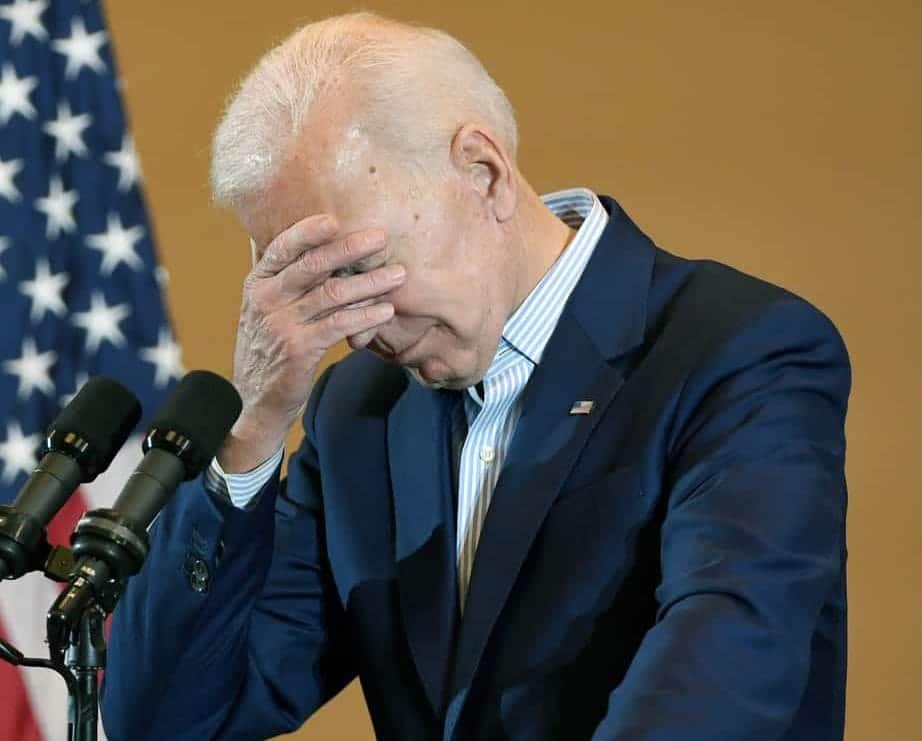 Joe Biden forgot the name of his defense secretary yesterday, as well as where the defense secretary works, meaning the Pentagon. A few days before his people abruptly cut his video rather than let him answer questions.

They won’t allow him to host a press conference, which is mind boggling seeing as how the lapdog press just love themselves some Biden.  When a question comes at him that actually makes him think then whooo boy.  Watch out.

Joe Biden quoting the Declaration of Independence: “We hold these truths to be self-evident: all men and women created by- go- you know- you know the thing.”
pic.twitter.com/ZCl0UJ2fvw

A little under a year ago The Trump campaign put out a multitude of the man’s gaffes.

Joe Biden forgot how many grandkids he has. He has 7.pic.twitter.com/rIZ9wRF09U

Joe Biden forgot he was Vice President for 8 years, saying he became a professor at the University of Pennsylvania after leaving the Senate.

He was also never a professor…pic.twitter.com/mi6UZ0op79https://t.co/gcKELZdMrE

And on and on it goes.

His handlers are keeping the leader of the free world in his basement, only allowing him out for controlled conferences. He hasn’t addressed Congress since being inaugurated.

The media allowed Biden to run his campaign from his basement, and they are still allowing him to be hidden in plain sight. It’s a travesty and the world must be laughing their asses off.

Imagine if the press actually did its job and went after Biden as they did Trump?

But wait! They are letting him out of his basement Thursday:

President Joe Biden will make his first prime-time television address Thursday, exactly one year after the coronavirus pandemic shut down most of the nation. It will be his first major address since Inauguration Day.

Why Thursday? It gives them three days to tape the address and edit all of his muttering, stuttering and forgetfulness.

In the end the press is doing a disservice to the American people. It’s shameful that we can’t count on the White House press corps to press Biden on his policies, his culture war jihad, or anything else of any substance.

The only thing we can count on now at this point is that the media will cover for Biden, will downplay his stumbles, flubs, and forgetfulness.

And this main got the most votes of any President in our history.

At a DC hardware store the handlers shoo’ed away the press before they could ask him questions.
One question I had was, did he say, “Donald Trump. We need you.” ?
Sounded like it.
Of course he was wearing a mask.

So, treating the press badly is becoming a habit in the Biden WH.
Lovely.
Another question.
Maternity flight suits?
Can a pregnant woman even fit in the pilot’s chair?
How would her life and her baby’s life be impacted by a ejection?

Is he an idiot, or is it also all those around him?
Is this a silly and despicable and expensive way to trick the country into pacifism?

Imagine if the press actually did its job and went after Biden as they did Trump?

To treat the idiot Biden (or any human being, really) as the media treated Trump would be deemed cruelty. The only difference is that Trump was mentally capable to handle the attacks and gave as well as he got (which, of course, was criticized).

The nation is in danger. In effect, the Office of the President of the United States is vacant; as vacant as the idiot Biden’s mind. Every policy enacted has been a disaster. God help this nation if they can get rid of the filibuster and manage to pass HR1. Democrats hate this country.