This push for transgenderism is FOR something, but it sure isn’t for children 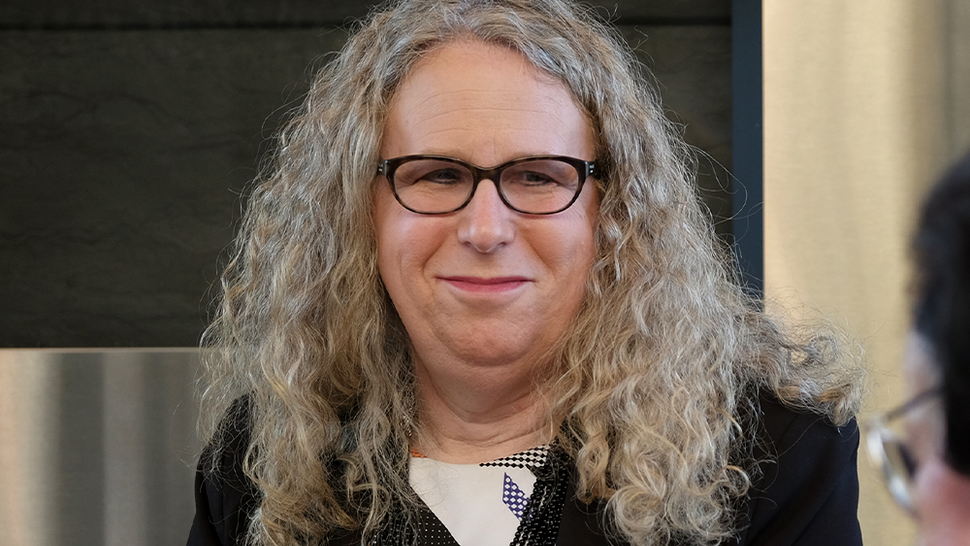 Does this look like the face of someone you want determining your children’s fate?

There is an almost unnatural push for transgenderism – especially for children- from the left recently and you have to ask why. democrats make it sound like utopia but it is anything but.

Trans woman Rachel Levine- a biologic male- who has been nominated to head the HHS, was grilled by Rand Paul on her* feelings about puberty blockers and it was telling. Levine is clearly all in favor of children being given all sorts of hormones whenever they child feels like he or she has had a bad day but would not give Paul a straight answer.

Do you support the government intervening to override the parent’s consent to give a child puberty blockers, cross-sex hormones, and/or amputation surgery of breasts and genitalia?

You have said that you’re willing to accelerate the protocols for street kids. I’m alarmed that poor kids with no parents, who are homeless and distraught, you would just go through this and allow that to happen to a minor.

I would hope that you would have compassion for Keira Bell, who’s a 23-year-old girl who was confused with her identity. At 14, she read on the internet about something about transsexuals and she thought, “Well, maybe that’s what I am.” She ended up getting these puberty blockers, cross-sex hormones, she had her breasts amputated.

But here’s what ultimately she says now, and this is a very insightful decision from someone who made a mistake, but was led to believe this was a good thing by the medical community.

“I made a brash decision as a teenager, as a lot of teenagers do, trying to find confidence and happiness, except now the rest of my life will be negatively affected,” she said, adding that the medicalized gender transitioning was a very temporary superficial fix for a very complex identity issue.

Levine dodged the questions but does support all of the above.

Most alarmingly, Dr. Levine has advocated for sex changes for pre-pubertal people, otherwise known as “children.”

A professor of Pediatrics and Psychiatry at the Penn State College of Medicine, Levine has given lectures in various settings since at least 2012 on how to perform sex changes and gender conversion therapy on children.

According to Levine, children ought to be given the latitude to choose their own gender. Levine has advised adults to “try not to force them one way or other [sic]” and instead to follow the child’s lead.

This is not a person looking to protect children. This is a mentally ill activist looking to promote something. Confusion about gender is called gender dysphoria and as Rand Paul pointed out, it tends to wane after the onset of puberty. If you search for it, you find that that there is a great deal of remorse following gender reassignment.

I feel happy for those people transition has helped, but I think there should be more emphasis on counselling, and that it should be seen as the last resort. Had that been the case for me, I might not have transitioned. I was so focused on trying to change my gender, I never stopped to think about what gender meant. Ultimately, I feel hopeful for the future. I’ve seen that I have an immense capacity to change and grow, even in very difficult circumstances. That is who I am.

Hormones, surgery, regret: I was a transgender woman for 8 years — time I can’t get back

At first I was giddy for the fresh start. But hormones and sex change genital surgery couldn’t solve the underlying issues driving my gender dysphoria.

Charlie Evans, aged 28 years, from Newcastle, UK, says hundreds of people who want to return to their original gender have contacted her since she announced her detransition and stopped taking her hormone therapy.

Evans was born female but decided to live as a male for almost ten years before detransitioning. She says she has received a huge response since announcing that she would no longer be identifying as a male or taking her testosterone therapy. Hundreds of people – just 30 in the Newcastle area alone – have contacted her seeking help, she says, either asking her to speak out or to help them find support over their decision to detransition.

“You fundamentally can’t change sex…. Transsexualism was invented by psychiatrists.” These are not the words of a conservative organization or a fundamentalist preacher, but of former “transsexual” Alan Finch.

Having decided to “transition from male to female” at age 19, the Australian man later regretted the life-rending move and chose to once again live as his true sex approximately 15 years later. And he’s not alone. A growing number of “transgender” people, though once sure they wanted to live as the opposite sex, now wish they’d never had their bodies surgically altered.

A pediatrician spells it out here

The crux of the matter is that while the transition-affirming movement purports to help children, it is inflicting a grave injustice on them and their nondysphoric peers.

These professionals are using the myth that people are born transgender to justify engaging in massive, uncontrolled, and unconsented experimentation on children who have a psychological condition that would otherwise resolve after puberty in the vast majority of cases.

Today’s institutions that promote transition affirmation are pushing children to impersonate the opposite sex, sending many of them down the path of puberty blockers, sterilization, the removal of healthy body parts, and untold psychological damage.

These harms constitute nothing less than institutionalized child abuse. Sound ethics demand an immediate end to the use of pubertal suppression, cross-sex hormones, and sex reassignment surgeries in children and adolescents, as well as an end to promoting gender ideology via school curricula and legislative policies.

It is time for our nation’s leaders and the silent majority of health professionals to learn exactly what is happening to our children, and unite to take action.

This is being foisted on young people for two reasons- activism and money. IMO Levine wants this nonsense mainstreamed as validation for Levine’s own decision.

It is taking on the appearance of a new revenue source for the left much the same way as Planned Parenthood is. Treating children with gender reassignment surgery is nothing less than genital mutilation. Why do it?

democrats are really warped. They want to abort as many American children as they can and change the gender of those who escape.