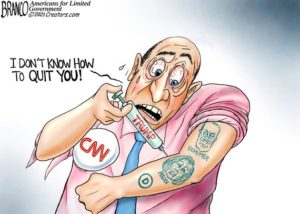 Welcome back everybody to Day 31, and our first month under The Occupation! Let’s jump right in:

2/11 –The Duty of the Holocaust Museum

Don’t read this while you’re eating. If this doesn’t disgust you and kill your appetite I don’t know what will.

The only part of this is that surprises me is that they’re using a slur that’s out of date. Aren’t the correct terms now “White Nationalist” or “Insurrectionist”?

2/13 – Would you believe me if I told you this was now a pledge in the United States Navy?

I would find that very difficult to believe, Maxwell Smart. Kidding aside, the tweet at the end of this post explains why we should take this garbage seriously.

It’s not the suggestion that’s so concerning, but the fact that someone this stupid got promoted so far up the chain of command that should scare everyone in Europe

This is only one instance and it’s too small a school to get overly excited, but a victory is a victory.

Kurt Schlichter gives a much needed pep talk, along with a brief but thorough look at how the Conseervative movement has evolved over the last few decades

If there’s one positive coming from the schools being in lockdown, it’s the bright shining light on the nastiness that has taken over our public school system.

All well & good, but a better question is why aren’t the GOP targeting the Dems’ country killing election fraud policy?

As King Diamond said so well,

If 20 years ago you had told me I’d be rooting for a federal government over an Internet communication platform I’d have said you were crazy. Welcome to 2021!

Here’s one opportunity – why don’t these girls start getting in the faces of the local/statewide/national femenist groups? If they claim to represent women and are remaining silent this damned well deserves an explanation.

And as you might have noticed, no mention of the passing of Rush – I’m going to dig up an old post I’d written on him on my own blog & post it in a few days.

It is not designed for foreign engagements but rather domestic ones, hence the loyalty oath to DNC equities. https://t.co/PouoeZDMXX

It is not designed for foreign engagements but rather domestic ones, hence the loyalty oath to DNC equities. https://t.co/PouoeZDMXX

Perhaps we can detonate Mt. Rushmore to preemptively avoid the controversy of removing all statues of our controversial founding fathers

The truth is now hate speech

Even the Taliban is back in the classroom. https://t.co/SXU9Efspes

Wow who made this 😂 pic.twitter.com/8gFXozIYWQ

Brother Bob is no longer on Facebook (although you can see his archives there), and is winding down his presence on Twitter, but is ramping up on Minds and Gab, will be there whenever Parler gets back on its feet, and has his biggest presence on MeWe.