Biden is going to cost YOU. A lot 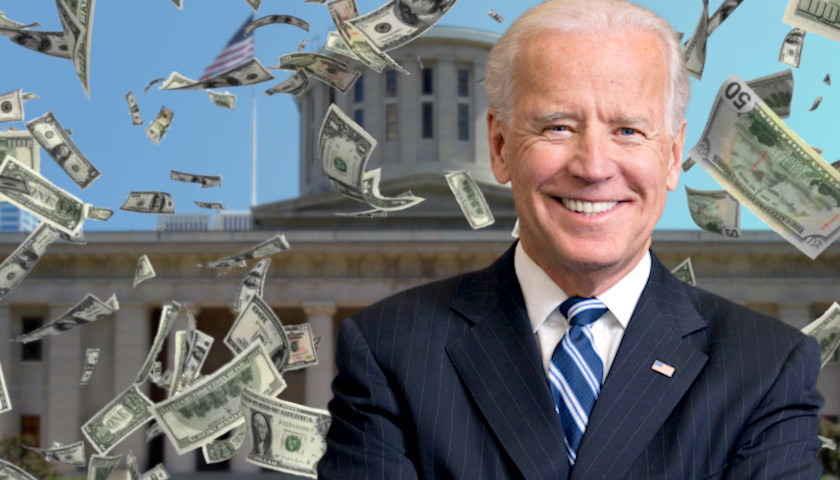 It is day 29 of the Biden regime and he still had not taken a single action that benefits Americans. He has, however, taken action to benefit a lot of other countries.  Not only do his actions not benefit Americans, they will cost YOU money, and a lot of it.

Under Trump the US was energy independent. Biden fixed that. His actions have smashed oil production by 40%. So far. The price of gasoline is up 18% and will continue to climb. That will translate into increases in heating oil and electricity.  Actions such as canceling the Keystone XL pipeline are causes a spike in jobless claims. YOU will be paying more.

Biden has thrown open the door for illegal aliens. Right now it costs almost $60 billion to educate the children of illegal aliens. That comes largely off the backs of local municipalities in the form of property taxes. Biden plans to quadruple of number of economic refugees over Trump era levels. That mean another 125,000 unskilled non-English speaking persons who have to be supported financially. That means YOU will pay for it. We are told in commercials that one in seven children in America goes to bed hungry. Now we will put those hungry children even further down the list of priorities.

Biden has rejoined the US to the Paris Accords. Even without it the US was leading the world in CO2 emission reduction (even with John Kerry included). The UN concluded “America Is Already Cutting So Much Carbon It Doesn’t Need The Paris Climate Accord.”  The Paris Accord was a lousy deal for America right from the start:

The poorly negotiated Paris climate accord imposed unfair, unworkable and unrealistic targets on the United States for reducing carbon emissions.

As the climate deal punished America’s energy producers with expensive and burdensome regulations, it gave other countries U.S. taxpayer-funded subsidies and generous timelines.

Countries like China got a free pass to pollute for over a decade. With abundant low-cost coal, China and India would put our manufacturers at a huge competitive disadvantage. Economic costs would be severe.

According to the National Economic Research Associates, if we met all of our commitments as part of the Paris climate agreement, it would cost the American economy $3 trillion and 6.5 million industrial sector jobs by 2040. We don’t need to cripple our economy to protect our environment.

America’s emissions actually continue to decline, and we are the world’s driver of innovative solutions. Since 2005, the United States has reduced its combustion-related carbon dioxide emissions more than any other nation in the world. Global emissions have moved in the opposite direction.

China, on the other hand is not subject to the same restrictions. In 2020 it built 3 times as many coal fired power plants as did the rest of the entire world. Both China and India are largely off the hook. That’s what that crafty obama negotiated. The cost of the Paris Accord to the US?

U.S. participation in the pact would cost the average family of four $20,000 and the national GDP $2.5 trillion by 2035, according to The Heritage Foundation. The resulting reduction in global temperatures: a nearly unmeasurable 0.015 degrees Celsius in 2100.

In fact, even the gasbag John Kerry has admitted that if the US emissions dropped to zero it would make no difference

WASHINGTON — President Biden’s climate czar, John Kerry, admitted Wednesday that the US reducing its emissions to zero wouldn’t make much of a difference in the global climate change fight — before pushing domestic manufacturing of electric cars and solar panels in favor of energy production.

Kerry’s remarks were made ahead of Biden’s signing of a host of executive actions on Wednesday pushing his $2 trillion Green New Deal-inspired climate agenda.

“He knows Paris alone is not enough,” Kerry told reporters at a White House press briefing, referring to Biden re-entering the US in the Paris Climate Agreement in one of his first acts as president.

“Not when almost 90 percent of all of the planet’s global emissions come from outside of US borders. We could go to zero tomorrow and the problem isn’t solved,” Kerry conceded.

The former secretary of state, now Biden’s climate envoy, acknowledged that it would be difficult to bring the world’s top polluters to the table, including China, which produces 30 percent of the world’s carbon emissions.

Because the Paris Accord has no teeth, which means only democrats would force it upon us. And it’s going to cost YOU for this moronic symbolism.

And finally we come to Iran. The other day Biden signaled Iran that he would not retaliate for an Iranian proxy attack on US assets:

One American contractor was killed in the attack, and five others, including at least one U.S. service member, were wounded. But Iran isn’t trying too hard to hide its responsibility. After all, the attack in Iraqi Kurdistan was claimed by an organization called Saraya Awliya al Dam (or the Guardians of the Blood). A thinly veiled Iranian Islamic Revolutionary Guard Corps intermediary, the Guardians of the Blood exist to attack U.S. interests in a manner that shields Iran from being held directly accountable. To mitigate the risk of U.S. intelligence services identifying their masters, and thus the risk of retaliation for attacks falling on Tehran, it doesn’t make phone calls to Tehran. Instead, they receive their orders from in-person contact with IRGC handlers.

While the U.S. reserves the right to respond against Iran, Psaki declared that “obviously, diplomacy is a priority.”

So now Khamenei knows he’s got Biden by the short hairs.

Iran is the world’s leading sponsor of terrorism. and obama funded them to the tune of $150 billion, none of which goes to the people.

Remember the $152 billion in credit & cash that Obama allowed #Iran‘s regime to access?

Not a dime was spent on the people.

Over 60 million of Iran’s 84 million population live in poverty. Some eat from trash. pic.twitter.com/io02PNWL8t

Iran cheated on the deal from day one.

It’s not hard to see Biden coughing up another billion cash of your money to appease the mullahs- the world’s leading sponsor of terrorism. Biden

But hang on- Biden is already funding the next viral pandemic with your money.

The Wuhan Institute of Virology is authorized to receive taxpayer funding for animal research until January 2024, the National Institute of Health told the Daily Caller News Foundation.

So perhaps all the rest of his profligacy with your money won’t matter in the long term. The last thing Biden cares about is YOU.