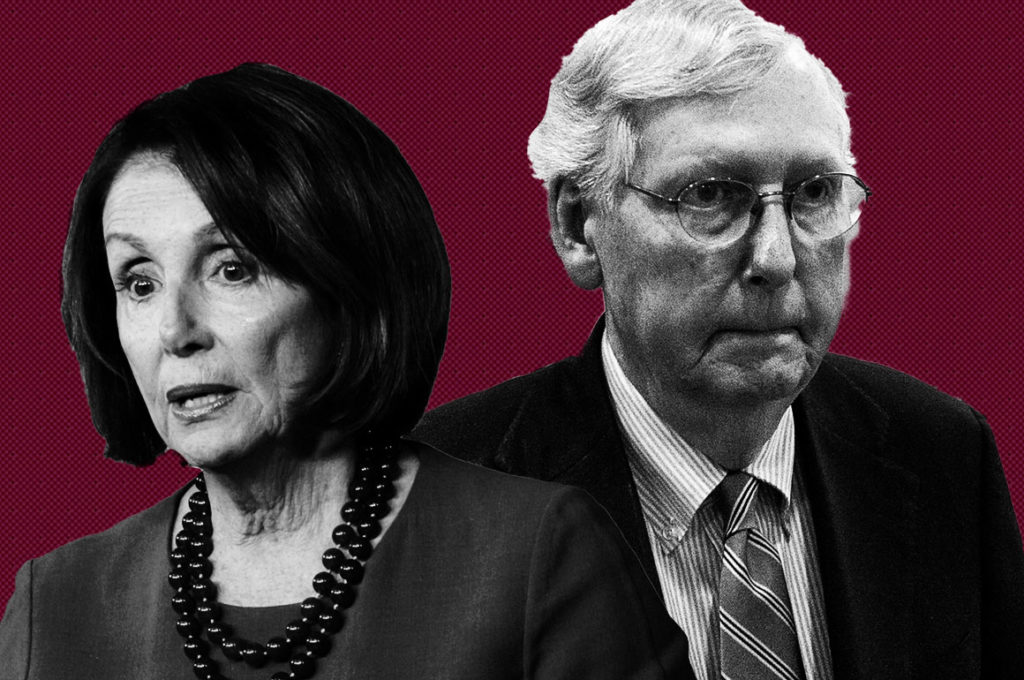 It was a set-up. It was a scheme to create a way for McConnell and Pelosi to rid the DC swamp of its worst enemy- Donald Trump. They wanted things back the way they were when the swamp creatures were in charge of everything.

Those riots always bugged me. Something wasn’t right. The fences were breached a full 20 minutes before Trump finished speaking. The press still fails to report that Trump asked for a “peaceful” protest.

But there’s more. A lot more.

The Capitol police let the protesters in

THEY JUST LET THEM IN ?????? yeah i’m logging off pic.twitter.com/QJ0JCARWOC

They ushered them through. From Jack Dawkins pic.twitter.com/qqLrcCxi1p

Capitol police open doors for the protestors. They stand aside and invite them inside. pic.twitter.com/OnSd3KGzz5

Of that there is zero doubt.

On January 11 it was reported that the head of the Capitol police, was rebuffed in his effort to get reinforcements to protect the Capitol

The outgoing chief of the U.S. Capitol Police said House of Representatives and Senate security officials had thwarted his efforts to call in the National Guard, contradicting assertions from other officials who said the force had not asked for help.

The former chief of the federal force, Steven Sund, told the Washington Post his supervisors were reluctant to take formal steps to put the Guard on call even as police intelligence suggested that the crowd President Donald Trump had invited to Washington to protest against his defeat was probably going to be much larger than earlier demonstrations.

Sund’s remarks were in contrast with those from officials in other branches of government, who said after Trump’s supporters stormed into the Capitol building last Wednesday that they could have provided more people to secure it – but no one from the Capitol Police asked.

Sund told the newspaper in an interview he had asked House and Senate security officials for permission to request that the National Guard be placed on standby in case he needed quick backup but his request was turned down.

And they report to….you guessed it.

An internal document has revealed some of what the FBI knew before riots erupted at the U.S. Capitol on Jan. 6, including that officials expected and warned of “violence” and had seen reports from online users that a “war” was to take place on that day.

The Washington Post has obtained the FBI documents, which includes a situational report approved for release a day before the rally supporting President Donald Trump. The rally led to a calamitous siege of the U.S. Capitol, which left five people, including a Capitol police officer, dead.

A day before rioters stormed Congress, an FBI office in Virginia issued a clear-cut warning that extremists were preparing to travel to Washington to commit violence and “war,” according to the internal document reviewed by the Post. The new findings contradict those of a senior official’s recent comments explaining that the bureau had no information to indicate the imminence of damage, injuries and death at a pro-Trump protest near the White House. (emphasis mine)

Investigative journalist John Solomon said the D.C. Metropolitan police has denied his news company’s Freedom of Information Act (FOIA) request to see the department’s investigation into the Capitol Hill riot. In an interview with “Real America’s Voice” host Eric Greitens on Wednesday, Solomon said police are keeping interviews with key capitol security officials secret because there is something “embarrassing.”

The reporter said he would like to know what House Speaker Nancy Pelosi, Senate Majority Leader Mitch McConnell, and the authorities knew about the attack beforehand. Solomon said he has “significant evidence” that the Capitol Police, FBI, and Congress had prior warning of a planned attack and it was not a spontaneous riot emanating from President Donald Trump’s speech that day.

“The question I have is what did Nancy Pelosi, what did Mitch McConnell know about these threats beforehand?” he asked. “If they didn’t know, it’s an intelligence failure of the police. If they did know, there’s something they didn’t tell us before we went into this impeachment round today.”

The offices of House Speaker Nancy Pelosi and Senate Minority Leader Mitch McConnell won’t say whether the congressional leaders were briefed on potential violence ahead of the Jan. 6 riot at the U.S. Capitol — or whether they weighed in on requesting help from the National Guard to bolster Capitol security.

McConnell’s press office was asked the same questions, but they did not return a request for comment.

There’s a reason they refused to answer.

Donald Trump is the elephant in the room. He and his 75 million votes and 48% approval rating are a yuge threat to the swamp status quo. He is a powerful political force. It has been rumored that he might start another political party.

That would really be a mess for the swamp. Biden and his puppet handlers are going to screw this country up so badly that people will be begging for something else in four years.

Pelosi and McConnell know full well that Trump is a gigantic bump in their road. That’s why McConnell is pumping up impeachment. Just like China Joe, Mitch and Elaine have significant financial ties to China. Peter Schweizer:

“Really, it goes to the fact that Mitch McConnell and Elaine Chao, his wife, are financially tied to the Chinese government,” Schweizer outlined. “And it comes through the shipbuilding company that Elaine Chao’s family owns. That relationship was forged in December of 1993 when James Chao, Elaine Chao’s father, Elaine Chao, and the new son-in-law, Senator Mitch McConnell, visited Beijing, China, at the invitation of the China state shipbuilding corporation. This was a coup to Beijing because Tiananmen square had happened just four years earlier. Very few high officials went there. The result of that meeting and the deals that followed is that today the Chinese government finances the construction of the ships for the shipbuilding company, they build the ships, they provide the crews for the ship, and they provide the cargo for the ship. So, the Chinese government could pull the plug tomorrow on this business. And the reason they’re doing business with them, let’s make it clear, is because Mitch McConnell is a very powerful figure in Washington, D.C. And the problem is, Steve, that his position on China has softened over the years the closer that this commercial relationship has become, and he’s a direct beneficiary of what this business does.”

That’s why it is virtually certain that McConnell and Pelosi directed some of the Capitol police to allow the rioters into the Capitol and why they refused National Guard back-up. They knew it was coming. They used it. They want Trump out of the way.

They’re in this together.