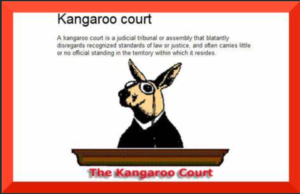 Two days ago the Central Committee, led by Commissar Pelosi, announced the names of the fellow Commissars who would be participating in the Donald Trump ampichmenta. They included Prosecutor General Jamie Raskin and Commissars Diane DeGette, David Cicilline, Joaquin Castro, Ted Lieu, Stacey Plaskett, Joe Neguse, Madeleine Dean and the notorious Chinese asset and spy shagger Eric Swalwell.  In truth there was no need for these Committee Commissars as the full Politburo met and almost instantly rendered its verdict.

“We know that the president of the United States incited this insurrection, this armed rebellion, against our common country,” said Commissar Pelosi.

Right out of the Soviet Politburo handbook. No proof needed. So what did Trump actually say?

“I know that everyone here will soon be marching over to the Capitol building to peacefully and patriotically make your voices heard.”

I heard Pelosi say that Trump “asked for” the riots. That was the entire basis for this ampichmenta. Thing is, it’s simply not true. He specifically asked for peaceful protest. Did things get out of hand? Yes. Was it wrong? Yes.

Was it planned? Yes, but not by or with the approval of Donald Trump.

The FBI has launched an investigation. Now in a democracy one might think it wise to complete the investigation before taking major action. One might want to establish the facts of the case before a verdict it reached in a trial. Mass murderers are accorded such privilege.

The Politburo needs no evidence, no proof for the charges. It is the government and the judicial system now.

The rush to get this done raises significant questions. There is no doubt that the ampichmenta was blasted through the Politburo to preclude the presentation of any exculpatory evidence. “We know” is not evidence. We do know that the FBI had intelligence indicating an attack was possible and the FBI lied about it.

A day before rioters stormed Congress, an FBI office in Virginia issued an explicit warning that extremists were preparing to travel to Washington to commit violence and “war,” according to an internal document reviewed by The Washington Post that contradicts a senior official’s declaration the bureau had no intelligence indicating anyone at last week’s demonstrations in support of President Trump planned to do harm.

John Solomon filed an FOIA request to see the MPD investigation was denied:

Investigative journalist John Solomon said the D.C. Metropolitan police has denied his news company’s Freedom of Information Act (FOIA) request to see the department’s investigation into the Capitol Hill riot. In an interview with “Real America’s Voice” host Eric Greitens on Wednesday, Solomon said police are keeping interviews with key capitol security officials secret because there is something “embarrassing.”

There almost certainly is. Solomon adds:

The question I have is what did Nancy Pelosi, what did Mitch McConnell know about these threats beforehand? If they didn’t know, it’s an intelligence failure of the police. If they did know, there’s something they didn’t tell us before we went into this impeachment round today.

There were actors from both sides invading the Capitol

and not just the Village People

You also might want to watch this video (Via WND). It’s compelling.

There are a lot of things about this nasty event that need to be discovered and sorted out but don’t hold your breath. Commissar Pelosi rammed the ampichmenta through the Politburo to prevent discovery. The ampichmenta was based entirely on a false premise. The basic Constitutional rights of a President were violated.

This is an obituary for the US Constitution and a preview of what’s to come for all of us. Somewhere, Vladimir Putin and Xi Jinping are smiling.

1984 is not the only guidebook the Left relies on.
Mathematician Charles Lutwidge Dodgson better known as Lewis Carroll, put these words in the Red Queen’s mouth: ‘Sentence first; verdict afterwards.’ – Alice’s Adventures in Wonderland
She morphed it into verdict first, trial afterwards.
All her opinings about why President Trump ought to be impeached (again) have been debunked.
Even CNN admitted it was a pre-planned attack that had nothing to do with anything President Trump said on the podium that day.
As the days go by we are learning that instigators were one & all from the Left while pretending to be from the Trump supporters.
Her “impeachment” is a classic case of someone going off half-cocked.

That’s what the average Soviet said for 60 years…while millions died.

People dont care its barely trending.
It hasnt changed anyones mind anymore than her first fiasco.
People are disappointed with Liz Chaney a product of Dick. Such power that she could scrape up 9 brainless reps to vote with her.

Every time I see an NYT article saying Trump incited the riot (there must be hundreds) I ask for the evidence. The article and all commenting thereon speak as if they evidence is right before them; of COURSE he incited it! He said it right here…

But though I ask time and time again (here, too) for the evidence, the statement, the words they must have right there, no one can give me those words. Well, all but one. SHE cited where Trump said to “fight for their rights” and that he loved his supporters. Yeah… he used the word “love” and that incited violence. That’s the best they got.

So, there’s no reason to slow the impeachment cartoon down to hear testimony and sort through evidence… there ISN’T any. They probably didn’t have time for Schiff to write his own script of what Trump REALLY told those at his rally.

When they get to the Senate, maybe they SHOULD have a trial, though with Schumer in charge, the rules might be the same as Schitt’s People’s Court where the defense cannot present evidence or witnesses.

This is the totalitarian police state Democrats have been craving.

@Deplorable Me:
Good point.
Seems Nancy P impeached President Trump for what she INTERPRETED he said between the lines.
In other words, she mind-read.
So, you really can be punished in this Dem version of thru the looking glass for WRONG-THINK.