A New Declaration for American Citizens Empowered by an Old Constitution 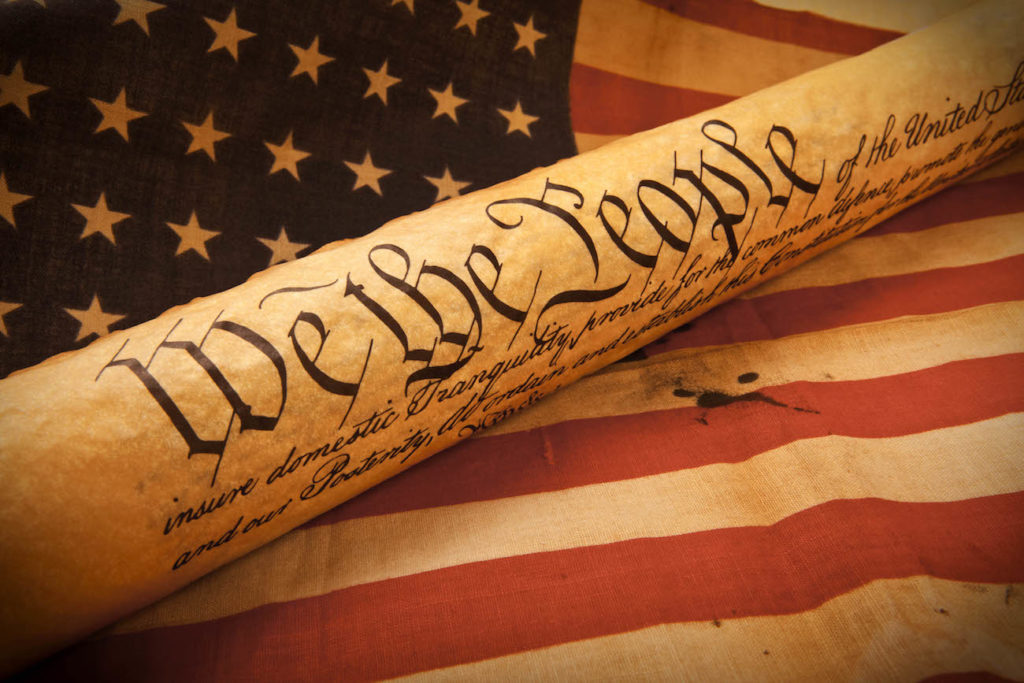 In this, the Declaration of the seventy-five million Americans who sought to have their votes count, who sought to be governed by the United States Constitution, who sought to live free in a nation of laws, we borrow from the words from our Founding Fathers:  When in the Course of human events, it becomes necessary for one people to dissolve the political bonds which have connected them with another, and to assume among the powers of the earth, the separate and equal station to which the Laws of Nature and of Nature’s God entitle them, a decent respect to the opinions of mankind requires that they should declare the causes which impel them to the separation.

We hold these truths to be self-evident, that all men are created equal, that they are endowed by their Creator with certain unalienable Rights, that among these are Life, Liberty and the pursuit of Happiness.–That to secure these rights, Governments are instituted among Men, deriving their just powers from the consent of the governed, –That whenever any Form of Government becomes destructive of these ends, it is the Right of the People to alter or to abolish it, and to institute new Government, laying its foundation on such principles and organizing its powers in such form, as to them shall seem most likely to effect their Safety and Happiness. Prudence, indeed, will dictate that Governments long-established should not be changed for light and transient causes; and accordingly all experience hath shewn, that mankind are more disposed to suffer, while evils are sufferable, than to right themselves by abolishing the forms to which they are accustomed. But when a long train of abuses and usurpations, pursuing invariably the same Object evinces a design to reduce them under absolute Despotism, it is their right, it is their duty, to throw off such Government, and to provide new Guards for their future security.–Such has been the patient sufferance of these Citizens; and such is now the necessity which constrains them to alter their former Systems of Government. The history of the present Government of the United States is a history of repeated injuries and usurpations, all having in direct object the establishment of an absolute Tyranny over American Citizens.

To prove this, let Facts be submitted to a candid world.

Government officials from across the United States have exaggerated and exploited the threat of a virus to eviscerate the natural right of American Citizens to live their lives as free men and women and pursue the ability to provide for their families and serve their communities.

The American Government has expanded its control over American Citizens far beyond anything for which it was rightly empowered in the Constitution of the United States.  By establishing an ever-growing unaccountable bureaucratic leviathan which seeks to control the lives of Citizens the Government has eliminated the accountability which is inherent in a Government that derives its just powers from the consent of the governed.

And most destructively of all, enemies of freedom, along with their Press brethren and tyrannical Social Media enablers did conspire to deprive the American Citizens of their right to keep their government accountable by thwarting the honest and fair election for the President of the United States of America, thereby rendering all future elections moot, rendering toothless all procedures for limiting Government, rendering the Constitution of the United States to the dustbin of History.

A government no longer accountable to those whom it governs has become by definition a tyranny.

In every stage of these Oppressions We have Petitioned for Redress in the most humble terms: Our repeated Petitions have been answered only by ridicule, repression and indifference unworthy of a government empowered by its citizens.

Nor have We been wanting in attentions to our Government overseers.  We have warned them from time to time of their attempts to extend an unwarrantable jurisdiction over us. We have reminded them of the circumstances of the Rights and Freedoms enumerated in the Constitution of the United States.  We have appealed to their native justice and magnanimity, and we have conjured them by the ties of our common kindred to disavow these usurpations, which, would inevitably interrupt our connections. They too have been deaf to the voice of justice and of consanguinity. We must, therefore, acquiesce in the necessity, which denounces our Separation, and hold them, as we hold the rest of mankind, Enemies in War, in Peace Friends.

We Respectfully beg they do that which they have sworn and remedy this usurpation before calamity befalls the Nation and the Freedoms endowed by the Creator and guaranteed by the Constitution become mere historical anomalies in the long march of Human Civilization.

Login
wpDiscuz
80
0
Would love your thoughts, please comment.x
()
x
| Reply
‹ Back to Categories