It’s good to be king 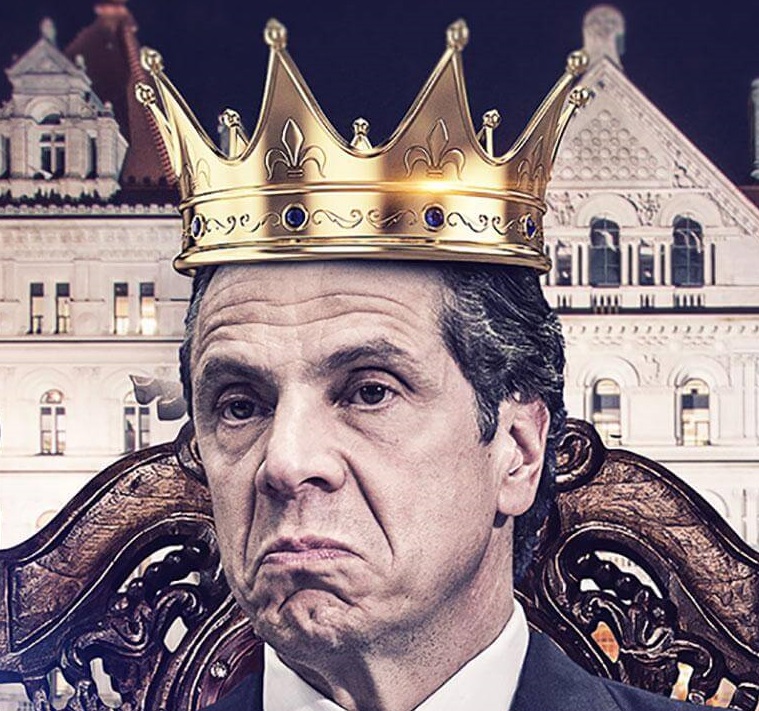 The Buffalo Bills have a good season. At the moment they are 12-3 and that leads to post season play.

As you know, fans have largely been prohibited from attending NFL games this year. New York has not allowed fans into the NFL stands this year.

But King Andrew wants to go

Gov. Andrew Cuomo floated the idea of opening up Buffalo’s Bills Stadium to a limited number of fans — if the upstate New York team makes it to the NFL playoffs this year.

The governor — an admitted Bills fan — said that decision depends on COVID-19 infection and hospital rates around that time.

Yep, the guy who rounds up Jews who dare hold religious services and shuts down everything wants to open Bills stadium.

Because King Andrew wants to go.

“I want to participate in the Bills game,” Cuomo said in a conference call. “I’ve joined them in the past — by the way it was a great game (Saturday) — it was incredible. It means really amazing. Energy, optimism and self-confidence, how they play ( I almost feel (Saturday). Josh Allen was incredible. “

Fans would be tested for Covid-19 before the game and masks would be required. Anyone not wearing a mask will be removed from the stadium.

Contact tracing would take place after the game to determine if and how the game spread the coronavirus, Cuomo said.

So 6700 fans will be allowed to attend the game because King Andrew wants to go:

After mentioning the possibility of it last week, New York Gov. Andrew Cuomo announced on Wednesday that the Buffalo Bill will get to have more than 6,700 fans in attendance for their first home playoff game in nearly a quarter-century.

The game will serve as a proof-of-concept for New York’s plans to reopen segments of the economy. Fans attending the game must test negative for the coronavirus before they will be allowed entry into Bills Stadium.

“The entire Bills organization misses the energy of our fans at our games,” Terry Pegula said. “We know they’re there, but we want them here – if you know what I mean – at the game. And even though they’ll prepare in limited numbers, we will feel and definitely soak in their support at this game.”

2800 New York businesses have closed (one third restaurants) and indoor dining is suspended as winter arrives but fans will be allowed into Bills stadium for the playoffs.

Because King Andrew wants to go.

It’s good to be King.