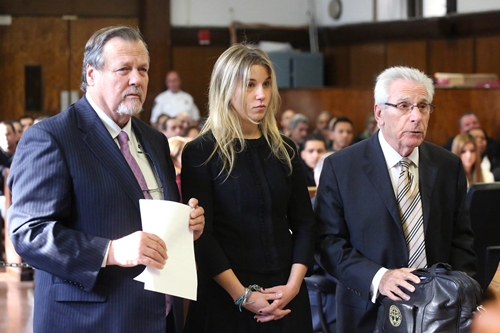 Actually, any time of year is good to be a Biden.

There is ZERO chance Hunter Biden is held account for his money laundering and tax evasion.

I’ve written that there is a two tiered system of (in)justice in this country-  here and here among them- and it has never been more apparent than over the last few years.

Hunter Biden can smoke crack, make vulgar pornographic videos and expose himself to minors without any recourse. The MFM smothers the stories. The law closes its eyes. The IRS chuckles at his tax evasion and allows him to pay off liens at his leisure.

Joe Biden has a niece who lives a charmed life.

In 2018 she was convicted of more than $110,000 of credit card fraud (fraud is an integral part of the greater Biden clan). The punishment?

According to prosecutors, the victim had given Biden permission to make a $672 purchase with the card. But Biden then used the card to open a customer account at the Manhattan shop without the cardholder’s approval and racked up the tab over a year.

“I not only acknowledge my conduct and take responsibility, but deeply regret the harm caused,” she told the judge.

Biden insisted that she had “made amends” and would not repeat her mistakes.

In June 2017, Biden admitted to grand larceny and petty larceny, with an agreement to get two years’ probation if she repaid the money, worked 10 days of community service and avoided re-arrest for a year.

She completed 10 days of community service at a children’s hospital and repaid more than $110,000 in restitution.

She was sooo sorry.

“I not only acknowledge my conduct and take responsibility, but deeply regret the harm caused.”

She was sooo sorry that in 2019 she went out and crashed into a tree DUI.

Biden, the daughter of Joe’s brother James, was caught in August 2019 in Lower Merion Township after crashing her car into a tree. Jeffrey Seamans, the officer who arrested her, noted that she ‘had difficulty focusing on the conversation’ as he questioned her.

She was also driving without a license.

She was convicted and hit with- say it with me- probation.

Joe Biden‘s niece Caroline Biden has escaped a prison sentence for DUI after a court in Pennsylvania accepted her guilty plea.

Biden, 33, was sentenced to between 20 days and six months of ‘confinement’ following the December 3 hearing.

However, a deal she cut with the Montgomery County district attorney means that she will avoid jail, and instead serve 20 days of rehab followed by five months of probation.

Oh but it didn’t end there

She was also ordered to pay $1,990 in fines and legal costs and ‘participate in a public or nonprofit community service program for 12 hours.’

Her license was also suspended for a year and she will be compelled to participate in a drug and alcohol awareness program, Delano said.

Hell, she drives without a license anyway and she can always put the fines on another stolen credit card.

The entire Biden crime syndicate has astonishingly fortuitous relationship with the (in)justice system:

This is effing ridiculous. Hunter Biden is in no danger.

Change your name to “Biden” first and you’re good.

Hunter Biden’s gun was taken by Hallie Biden in 2018, thrown into a supermarket garbage can, went missing — and no arrests were made

And just like that, a demand that the elite and people in power, wealth, and influence suddenly should not be above the law?

I can’t say I’m up to date on PA laws on DUI but a $2K fine plus court cost, loss of license, community service, and probation sounds about normal. And then, there’s aggravated DUI in many states that are more severe on those sloppy drunk vrs those a bit tipsy but still not within the law (every state is now .08% in order to get their highway funding by orders of Allstate et al lobbyists).

Last I heard, neither Caroline, Ashley, Hunter, or Frank are going to be seated as POTUS but by all means, wail and gnash.

No mention of child sex trafficking? Perhaps another thread?

It is a good year for the Biden’s and America. 2021 certainly looks like it’s going to suck to be a Trump.

@Ronald J. Ward: You crybaby leftists have been DEMANDING anyone in the Trump family be jailed for simply being in the Trump family. Now you come out in support of Kennedy/ Clinton/ Biden “laws are for the little people” system of justice.

No surprise. Totally in character.

A Christmas song for Biden Nuthin for Christmas

The gist is the Bidens have raised bad kids. Thieving lil basids with the same set of morals as their parents, but can come up with good attorneys.
Is the female in the picture really 31? …nice make her look like shes a wayward 16 year old that simply fell into a bad crowd.
Really we should look a the Big guys record, 900K bribe or fee paid by Ukraine Gas company consulting or lobbying, whatever.

Note to Democrats: Biden’s wife and kids are going to be treated just as respectfully as you treated Trump’s wife and kids. The primary difference is that we won’t have to make shit up to criticize this rogues gallery. Let the good times roll!

With all of her experience with the criminal Justice system, it wouldn’t be surprised to see her nominated for Attorney General in the Biden administration…

And just like that, a demand that the elite and people in power, wealth, and influence suddenly should not be above the law?

Always. Trump is not above the law, but he’s not below it either.

Marxist pukes like you wanted to imprison and illegally overthrow a duly election president because you don’t know right from wrong.

Biden and Dems are NEVER held to the same standards or laws as Trump and Republicans. It’s fact.

The slow decay of due process (hoax impeachment) and the electoral process (fraud election leaving us without a President) are on the shoulders of the Democrats, and the Democrats alone.

No mention of child sex trafficking?

No need. Trump’s border-wall and defense of our borders have saved the lives of trafficked children. It’s fact.

Meanwhile, Biden can’t handle a single blunt question about how he and his wretched family are not above the law.

God, Trump showed us what a real President should look like.

80 million votes? In the same universe where Biden was running for Senate and against George Bush, riding a one-pony horse.

What a f*cking loser.

remember whore dog teddy? let a pregnant woman drown in Chappaquiddick, went ack to the party and told the police 24 hrs later. OH! the court house mysterious burnt down within months of the investigation and hearings-all records gone. biden is a pedophile, wonder which young person he is feeling up today.