The 19 Texas-led states can APPEAL! They must take their case now to the CORRECT authority for interdicting election fraud: not SCOTUS but POTUS 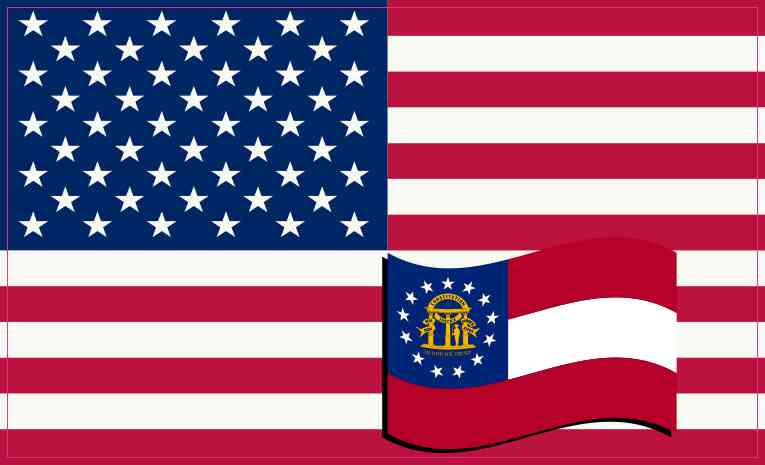 Conservative judicial reticence hurt Texas in its long reach for standing but it will help President Trump if he uses the Article IV guarantee of a republican form of government to order federal takeover of the January 5th runoff elections in Georgia.

Texas has teed it up perfectly. When President Trump brings in the Army to conduct model open and honest elections to select the next two U.S. senators from Georgia he’s going to need a political army behind him and that is what Texas and the 18 states who joined Texas v. Pennsylvania give him.

The left will denounce us as tyrannical and Georgia will immediately sue over the election interference: “No fair forcing us to have honest elections!” But the Supremes should be no more interested in getting involved than they were in the Texas case.

Texas was unable to overcome the fact that the Constitution gives it to the states to set their own election rules. “Texas has not demonstrated a judicially cognizable interest in the manner in which another State conducts its elections,” ruled the Court.

Texas is right that the fraud-enabling states didn’t establish their fraud-enabling election rules the way the Constitution specifies: via legislation, but it is the legislatures of those states that were wronged by being unconstitutionally bypassed and they aren’t suing.

Stopping phony elections was left by the founders to a different part of the Constitution: the Article IV guarantee to the states that each of them “shall have a republican form of government.”

Republicanism means “that the people should choose whom they please to govern them” (Alexander Hamilton, cited in my previous discussion of the guarantee clause).

Since phony elections usurp the people’s choice they are a definitively unrepublican form, meaning states can’t have phony elections, and if they do The United States is supposed to go in and change their form of government.

The president can do this on his own authority. He has a constitutional duty to do it, and he does not have to wait for any court okay. He just can’t wait too long to step up to the tee or the opportunity will be missed.

The obvious first guarantee clause action: not letting Georgia use its rigged electoral system to steal not just the presidency but also the Senate. This one should not even be controversial.

Federal takeover of the Georgia run-offs is simple because it doesn’t require invalidating any already-conducted election. That is a big hurdle in itself and having a guarantee clause action that can be taken without having to clear that hurdle offers a clean entry for establishing the presidency’s never before used power to enforce the republican guarantee.

The recent general election provides plenty of evidence of Georgia’s election-stealing unrepublican form. First are Georgia’s huge self-created vulnerabilities to election fraud: Dominion election machinery custom created for communist dictator Hugo Chavez for the express purpose of stealing elections; multiple ballot applications helicopter-dropped to every address in the state with next to no verification required for voting these easy-to-harvest out-of-custody ballots, etcetera. There is also massive evidence of executed election fraud: observers kicked out so that large dumps of nearly all Biden votes could be mass processed with no verification, to mention one.

Only after Georgia sues will the courts come in and take a look at the steps the president is taking and his justification for them. The justifications are super strong. Action is warranted, so the imposed remedy just needs to be thoroughly republican: a model of open and honest elections.

Judicial reticence should do the rest

This time reticence should be on the side of letting the president do what he thinks needs to be done. That is because the Court’s established precedent on the republican guarantee is to say that the questions it raises are properly left to the political branches of government to decide.

Georgia would have to make a strong case to overcome that, convincing the Court that it is being hit with great harms that the Constitution does not allow. What, for having to endure honest elections?

“The United States,” which includes SCOTUS, has a duty to strip any such state government of its election power. That is what the guarantee clause guarantees. Thus if SCOTUS does not demur it should back the president.

Texas just needs to make that next appeal. Go to President Trump. Ask him to enforce the republican guarantee. Demand that he enforce it!

It is the unrepublican nature of Georgia’s phony-democracy that is hurting Texas and the other honest states. The power to remedy that harm comes through the guarantee clause and the agent of that remedy is the president.

Georgia must be free!

Just re-file your case in the right venue Texas, and all of us will win, most directly the great people of Georgia whose voice has been usurped. We are coming to free you Georgia, and restore your great state to popular control!

Texas hero Ken Paxton can be reached by phone, by snail mail, or by online contact form. His contact page says he wants to hear from you!  A possible short message to send:

It is the unrepublican nature of the phony-democracies in PA, GA, MI and WI that hurts Texas and the other honest states. POTUS can remedy that on his own authority under the Art. IV republican guarantee. No suit necessary.

Paxton might be the only person we need to reach. If he in turn reaches out to President Trump and asks for guarantee clause enforcement then our great president will finally be alerted to this possibility and can use it to save the country. Let’s give our fighter the weapon he needs to win!