We’re looking at Obama’s third term and its ugly. 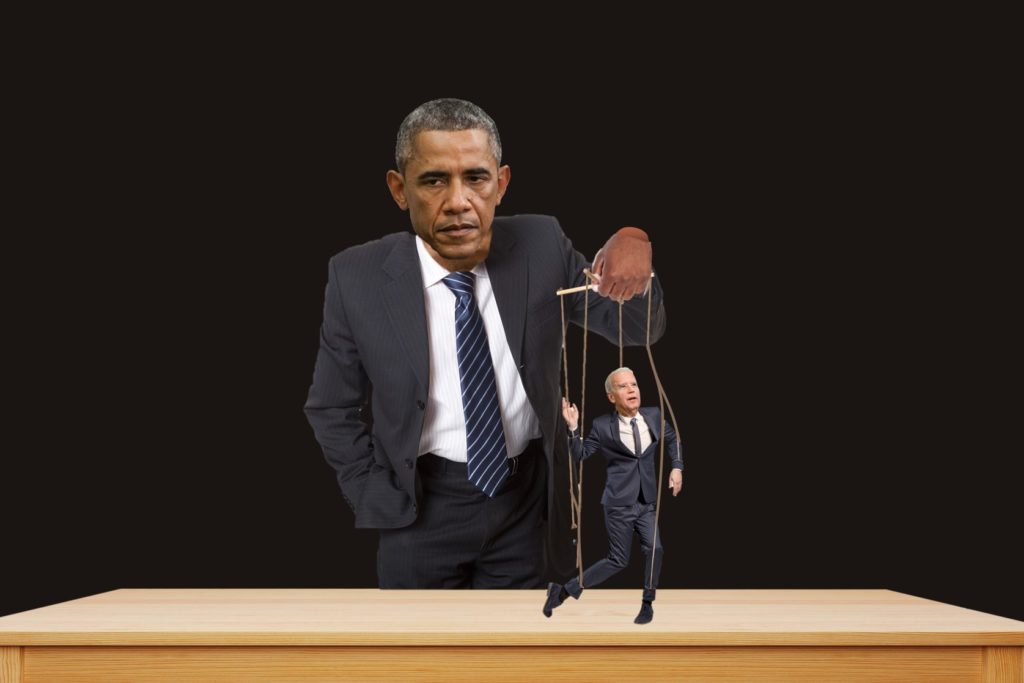 We all know that Joe Biden is in significant cognitive decline. The media won’t ask him a single difficult question. They stick to his favorite ice cream and favorite colors. We had suspicions as to who would be truly running the show but they crystallized last weekend.

I didn’t watch the whole thing, but the little I saw of the 60 Minutes interview with obama brought me a horrible realization. A Biden victory really is obama’s third term.

And it was frightening to hear him speak. A new policy looms- significant restrictions on free speech.

Biden signaled that he is amenable to restrictions on free speech with the appointment of an anti-free speech advocate to his transition team:

In the Post op-ed, “Why America needs a hate speech law,” Stengel argued:

[A]s a government official traveling around the world championing the virtues of free speech, I came to see how our First Amendment standard is an outlier.

All speech is not equal. And where truth cannot drive out lies, we must add new guardrails. I’m all for protecting “thought that we hate,” but not speech that incites hate.

As Breitbart News noted in May, Stengel, an MSNBC analyst, also defended restrictions on speech about the coronavirus:

As you know, Big Tech is waging a war to control the flow on information and the mainstream media won’t report on things not flattering to the left, i.e. Antifa/BLM violence.

Then we got to hear obama weigh in and here’s where it gets really scary. First:

Scott Pelley: (06:48)
President Elect Biden won in this election, more votes than anyone in history and yet the 2020 vote wasn’t a repudiation of Donald Trump, it was more like an affirmation. He received 71 million votes, 8 million more than he did in 2016. What does that tell you about our country today?

Barack Obama: (07:13)
A, it tells us that we’re very divided and as I said, it’s not just the politicians now, the voters are divided. It has now become a contest where issues, facts, policies per se, don’t matter as much as identity and wanting to beat the other guy. That’s taken priority. I do think the current media environment adds to that greatly. This democracy doesn’t work if we don’t have an informed citizenry. This democracy doesn’t work if we don’t have a responsible elected officials at other levels who are willing to call the president when he’s not doing something right. Call him on it.

And then the shoe drops

Barack Obama: (08:33)
There’s no American figure that I admire any more than Abraham Lincoln, but he did end up with a civil war on his hands. I think we’d like to avoid that. I do think that a new president can set a new tone. That’s not going to solve all the gridlock in Washington. I think we’re going to have to work with the media and with the tech companies to find ways to inform the public better about the issues and to bolster the standards that ensure we can separate truth from fiction. I think that we have to work at a local level.

That’s what we need- Big Tech to control the flow of information. Zuckerberg and Osama Bin Dorsey dictating what the “truth” really is.

We already know how this would work. All conservative speech would be hate speech and censored. Aided by Big Tech the “government” would allow you to know only what suited its needs and desires. Josh Hawley proved that yesterday:

As he opened his inquiry, Hawley said that a former Facebook employee “with direct knowledge of the company’s content moderation practices” got in touch with his Senate office about an “internal platform called Tasks that Facebook uses to coordinate projects, including censorship.”

“The platform reflects censorship input from Google and Twitter, as well,” Hawley said. “…Facebook censorship teams communicate with their counterparts at Twitter and Google and then enter those companies’ suggestions for censorship onto the Task platform so that Facebook can follow up with them and effectively coordinate their censorship efforts.”

And they know all about you

“Let me see if this refreshes your memory. There is a demonstrative over my shoulder,” Hawley noted. “Centra is a tool that Facebook uses to track its users not just on Facebook, but across the entire internet. Centra tracks different profiles that a user visits, their message recipients, their linked accounts, the pages they visit around the Web that have Facebook buttons. Centra also uses behavioral data to monitor users’ accounts, even if those accounts are registered under a different name.”

We live in a very precarious time. It is closer to 1984 than ever before. I had hoped the nightmare was over.

image courtesy of the Freedom Wire