President Trump Will Win And The Democratic Party Will End 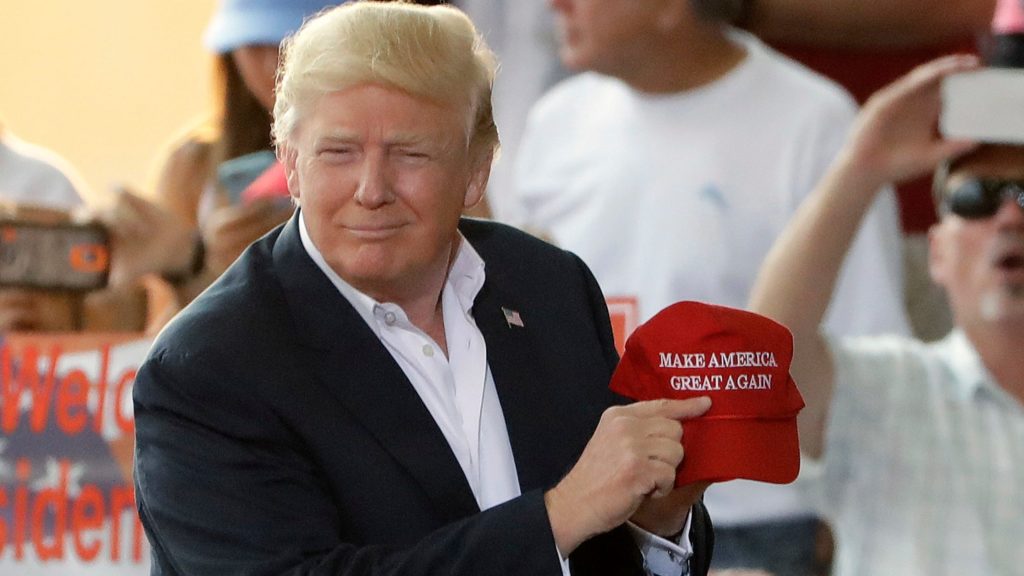 President Trump is stampeding through America, energizing a population weary of negative energy, looking for a positive future, responding to its President with more emotion than has ever been witnessed for any President in history. The secret service estimated a crowd size of 50,000 at one of the President’s five rallies yesterday, while Biden and Obama drew twenty cars and a few handfuls of unenthused supporters. We witnessed thousands upon thousands of people, walking, or in cars, or SUVs, and even in boat flotillas, demonstrating loud and eager support for their President.

A majority of Americans appreciate those who strive with determination to achieve their goals. In President Trump, Americans have found a person committed to improving the lives of people living in the Nation he leads, regardless their race or economic standing. His reduction of their tax burden and his lifting of government restrictions and constraints on large and small businesses, motivated entrepreneurs and created non-government jobs for millions of Americans of all races.

Most Americans understand that America stands on its Constitution, and grasp that many now flying the Democratic flag vow to destroy it. Most Americans, including recent legal immigrants understand that without borders, they have no Nation. Without well managed borders there is no America.

Government’s principal purpose is to enable the population to live lives in liberty, under laws, enabling personal safety, and independence of thought and word. Violent burning of businesses and spreading the Cancel Culture nurtured by the Democratic Party, is anathema to a majority of Americans regardless of race. It is particularly significant to those at the lower end of the financial spectrum. The wealthy in gated communities and behind armed protection can self-righteously pontificate from Hollywood or the Hamptons, but the millions who suffer the consequences of incompetent government that cannot or will not protect them have recognized the inaction of Democratic leadership. It isn’t even that Republican Congressional leaders have been much better than their “friends” across the aisle over the past thirty years. it is that President Trump has for four years implemented policies that have made differences to the all communities across America, whether they voted for him or not.

The majority of Americans are also aware that the American media fought an incessant campaign attacking the President, doing its best to hide his very positive accomplishments. The media hid how his policies favored America and benefited Americans. The media hated that he actually helped America’s working class.

Americans from all corners have come to realize that the billionaires, the international bankers, the permanently ensconced government bureaucrats or academics, have been fighting against the President’s policies. They have understood that when the President took on China, or NATO, or reduced involvement in endless foreign wars, he was fighting for them and for their benefit.

The Globalists do not dislike President Trump because some of his Tweets or ad hominem attacks, or comments are boorish, or uncivilized, or crude. That’s for the elitist media to chomp on. Globalists want to get rid of Trump because he stands for a strong America, unlike the artificial European Union created by senior bankers, which grates on all that is human nature, human will, and human liberty. Globalists seek to change America by first changing its Constitution and then redistributing its power and cash to third world nations. They’ll sneak America into such things as the Paris Accord, or tie up American businesses in international agreements which disengages America from control over its own destiny. Remember the TPP (Trans-Pacific Partnership) that Obama imposed on America? It took President Trump to terminate that abomination. No one else had the fortitude to end it.

President Trump is fighting to win an election with an energy that is unlike anything we’ve ever seen. He will very likely gain support from over twenty percent of the African-American vote, and probably as much as thirty-five percent of the Latino vote. Those will be historical numbers for a Republican leader.

Over the next four years, the Democratic Party ranks will disintegrate, will squabble, will blame one another, and will turn their “Cancel Culture” guns on themselves. The Marxists in the Party will segregate to form into their own party, taking a major portion of the Democratic Party ranks with them. This will leave current Democratic Party leadership to feel lost and incapable of coalescing their threadbare ranks into an energized party.
President Trump will win re-election and will finally be able to really Drain the Swamp, enabling Americans to breathe again.