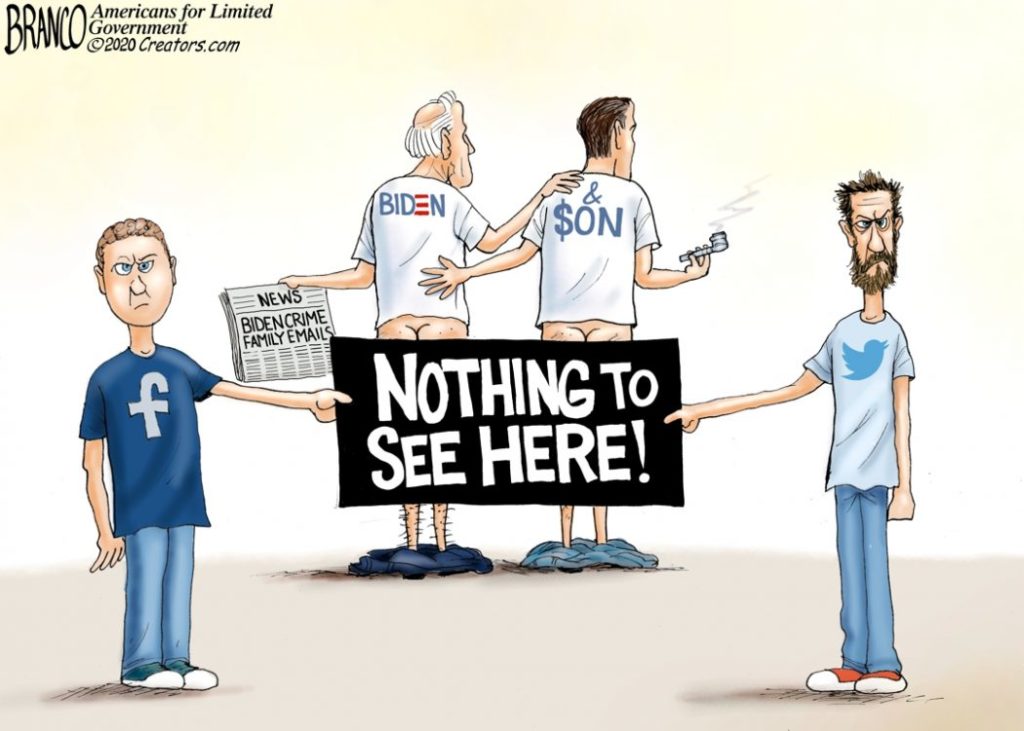 Welcome back! We’re less than two weeks away from our Civil War election, so let’s get to it!

It was just over ten years ago that Sister Babe said “yes” to my marriage proposal. If I could go back in time, of course I’d try to offer my younger self advice to help navigate the following decade. The first question I’d ask my older self would probably not be what the biggest change to my life would be, but “What’s going to be the most surprising change a decade from now?”

I’m not sure I’d have believed my future self upon being told that in 2020 I would spend far more time writing about how the NFL can’t stop stepping on it’s own d*** than I’d spend watching Eagles football. And yet here we are.

It’s amazing what kids can do when you harness their energy positively, as opposed to using them as human shields to promote Climastrology. Be sure to click through the link in this short post to We the Kids – good resource for any of us with young kids, grandkids, nieces/nephews.

I didn’t watch the first debate between President Trump & Quid Pro Joe. The next morning Sister Babe read a few early reviews and said that apparently Trump failed to condemn some White Supremacists. That’s when I cautioned her that the phrases “White Supremacist” and “Russian Asset” are todays version of what the label “racist” was during the Obama presidency. Spoiler: I was right to be skeptical.

10/18 – Is this another reason the FBI hid the Hunter Biden Laptop?

Yep, I’m finally mentioning this story in TWIRL. The reason I’ve avoided it up to this point is that it’s been so heavy in the news is that there weren’t any angles I could offer that you hadn’t already heard. This post from Selwyn Duke at The American Thinker is one you may have already heard (why did the FBI sit on this info they’ve had for months?), but adds a disturbing potential motive.

This is a perfect example of The Streisand Effect. I thought that if the media had simply ignored the story, yet another story of corruption from Quid Pro Joe & Hoover would have gotten little notice from the public. Twitter & Facebook inadvertedly accocplished what a respectable media should have done.

The Bee should fart in Zuckerberg’s general direction.

But I repeat myself. You know how badly Governor Wilhelm has screwed up Michigan that Biden needs ads like this in a once reliable blue state.

I swore I wasn’t going to post on this idiotic topic, but this story makes the cut just for its title

10/22 – The Vilification of Conservative Women

Just like with nonwhites and LGBQWERTY, 150 years later Democrats reserve a particular hatred for anyone who dares escape their plantations

Troll level = Genius. Now instead of teh Monday morning headlines being dominated by whatever out of context quotes CBS decides to air, the story will be about CBS’ efforts to smear the president.

ICYMI – I jumped into the realm of Buzzfeed-worthy clickbait headlines with The ONE SIMPLE TRICK that Will GUARANTEE a Trump Victory in November!  But if you read my post you’ve got to admit that my proposal isn’t completely crazy. Not for our side, anyway.

War is peace.
Freedom is slavery.
The 1619 Project is journalism.
The New York Post is disinformation.
"Sexual preference" is homophobic.
"Court-packing" is filling open court seats.

War is peace.
Freedom is slavery.
The 1619 Project is journalism.
The New York Post is disinformation.
“Sexual preference” is homophobic.
“Court-packing” is filling open court seats.

CNN calls QANON a cult, yet it has no leader, asks you to make up your own mind on facts, wants you to interact with the outside world (research), and you can leave any time without penalty. Isn’t that the exact opposite of a cult?

We’re less than two weeks away from our Civil War election, so let’s get to it!
…..
It was just over ten years ago that Sister Babe said “yes” to my marriage proposal.

Congrats.
A lot of people don’t make it 10 years.

Bittersweet juxtaposition for me.
It is 2 weeks from our 50th anniversary.
We have made cool plans BUT, as you point out, we might just be in a little civil war by then whereby all bets will be off.
I expect we’ll know a few days before the 17th of Nov., so I’m going to make a contingency plan for a fab day at home if needs must.

So libs think Trump says Coyotes are bring kids over the border like real dog like animals, but there have been crypto animals reported in Texas…
So for the well informed libs who know all about well trained Cartel Coyotes carrying whole humans across our border.

Is it the lochness monster carrying them over the Rio Grande?

Well, they started out kneeling because of the fake “Hands Up, Don’t Shoot”, so what’s the point? ALL their faux protests are based on a lie.

Now, thanks to indoctrination, they leave schools to support the destruction of basic rights and would probably contribute to BLM violence leaders. Pity.

You know, it’s really great you and your wife can get along. You must both have great minds. To the article, many of these people seem to believe they are still living in the racist, segregated Democrat South. That is truly what life was like there, imposed by Democrats, yet they happily align themselves with the former oppressors.

10/18 – Is this another reason the FBI hid the Hunter Biden Laptop?

While this is a gigantic story, it doesn’t really belong in “radical leftism” because the left either doesn’t know about it yet or simply refuses to acknowledge it. But, with what we’ve seen of the FBI leadership, no doubt that is a distinct possibility. Like Hillary, Biden has a LOT of vulnerability and exposure to extortion, which would be very bad for the nation.

You think they learned their lesson or will simply develop better methods of censorship?

This just in, Facebook reverses itself. Seems the “machines” that control them all over at Facebook cannot discern “satire” (robots have no sense of humor) and mistakenly flagged the article and the Bee. I’m sorry, but I don’t think a machine is stupid enough to deem the Monty Python reference as “inciting violence.” Maybe they need a machine to generate better excuses for their blatant liberal bias.

This reminded me of those Obamacare prop-people Obama would roll out that all turned out to be hoaxes or lies. But, of course, the lies are only exposed to US, not those who hunker down under the blanket of left wing propaganda.

Did someone pay Toobin to provide us with a motherlode of new meme material? Did he think he called into the New Yanker? But, one of the things liberals do well is the hypocritically judge. Just look at the vast difference in concern over Biden’s REAL corruption and the corruption they had to create in order to judge, convict and execute Trump.

10/22 – The Vilification of Conservative Women

Of course, liberals demonize all that are expected to happily reside on their plantation, hauling their bags of lies. But, for them, being a woman is expected to be a shield from criticism… or the critic is misogynistic.

Trump is certainly a unique character in politics. He will go as low as the opposition, and the Democrats seem to be constantly surprised when their own tactics get exposed or used against them. In 2012, I supported Gingrich because I thought only he among all the Republicans could fight Democrats on their own terms (we see what a total fop Romney turned into). Trump is all that and more. Sadly, there isn’t another one to follow him up and only by defeating the Democrats on their own terms (and neutralize the media) will they, possibly, change their ways.

@Nan G: Happy Anniversary, when it arrives! My wife and I are at 45 and could, at least, celebrate a bit down in Corpus Christi.

@Nan G: Thanks for the kudos on the 10 year, and congrats on your upcoming 50th!

Sad about couples that don’t make it – in the last year three childhood buddies of mine told me that their 20+ year marriages had ended. As awful as the news was, I’d hate to think of what life would be like trapped with a spouse that you don’t like during the COVID

@kitt: And I love all of the “smart” Twitter Blue Checkmarks that have shown how “brilliant” they actually are

Sadly, there isn’t another one to follow him up and only by defeating the Democrats on their own terms (and neutralize the media) will they, possibly, change their ways.

I always find it amusing whenever we overrun Dems’ artillery, flip the cannons and rain their own artillery on them they immediately get indignant with “How dare you hit us back!”

@kitt: #2
Better not tell them about drug mules, loan sharks, or news weasels.

@Petercat: or herds of cash cows.

@Petercat: @Deplorable Me: They are a bit worried about Bidens partner the stool pigeon.