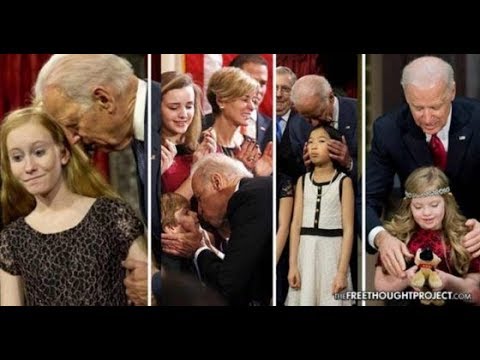 You’ve heard that Joe Biden is a serial groper. He is that and much more. For a review of some of them you can go here. It had gotten so bad that even Vox took notice:

Biden has always been something of a nostalgia candidate — an “Obama-Biden Democrat” who rejects the party’s recent leftward turn — and voters who want a return to the past may not mind someone who makes jokes about brothers protecting their sisters from boys, or who gets a bit angry when his record is challenged. They may actually like it.

As Herndon notes, it’s unclear if those voters are enough to carry Biden to the presidency. He’s still leading in the polls, but recent polling also suggests many Democrats, including men, are growing more concerned about sexism and men’s power in government.

Biden seems to be betting that there are enough Americans who like him just the way he is — even prefer him that way — that there’s no need to quit making the kind of jokes and gestures he’s always made. Only time will tell if he’s right.

But the worst of it is not Biden being touch feely with adult women. The worst is his groping and abusing children. There is clear video of these actions and they are outrageous and appalling.

Beginning at about 20 seconds in watch as he pinches the nipple of an 8 year old girl during a swearing in ceremony.

Watch here as he pulls a little girl’s hand to his crotch. It occurs at about 1:40. Watch her reaction.

Here is another good collection of videos:

This is abominable.  The scary part is these are only the examples caught on video. How many more have gone unrecorded? The press continues to bury this as best it can but the truth remains. Joe Biden is a pedophile.

I am quite sensitive to this as my sisters had an “uncle” like Joe who did the same things to them.