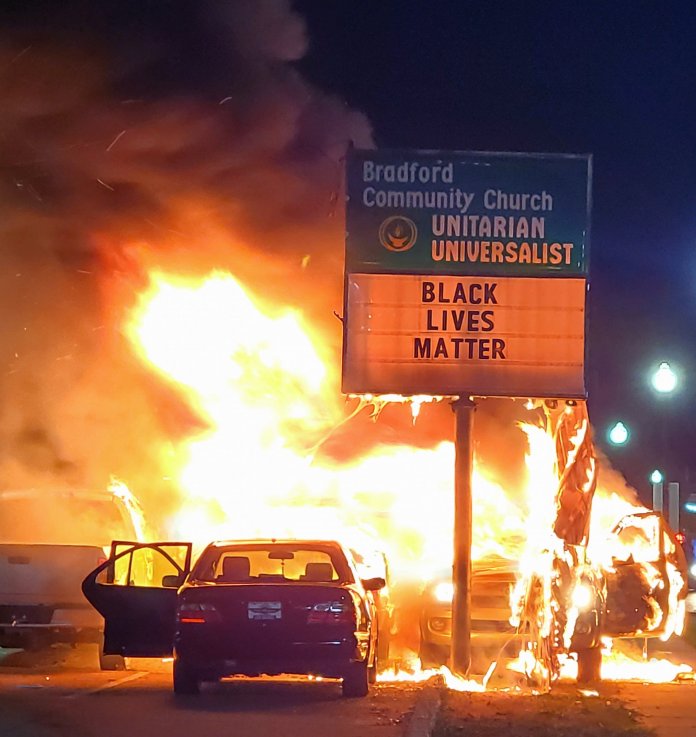 It was only a matter of time.

For three months we’ve watched as domestic terrorists masked as members of Antifa and Black Lives Matter have wreaked havoc on Seattle, Portland, Chicago, New York, DC and recently, Kenosha Wisconsin. The ignition point has been a shooting of a black man – regardless of the reason. No one waits for the facts. No one waits for the reports.

The violence erupting following these shootings has been tolerated by the democrat mayors of those cities and governors of those states. The violence has also been pretty much completely ignored by the DNC media. It has continued to escalate and suddenly last night it exploded.

democrat governors spurn Trump’s efforts to stem the violence. They tell him to get out of town.

They might pay attention now. Lives have been lost directly as a consequence of their failure to act and tolerance of these criminal actions.

This is just before the shooting began

.@ElijahSchaffer filmed the moments before the shooting. Rioters were destroying the cars at the auto shop. #KenoshaRiots pic.twitter.com/r6QFyVQKMZ

NOT TODAY ANTIFA: Citizens of #Kenosha are fighting back and trying to stop criminal arson pic.twitter.com/eVpsc8yAog

In this video one rioter had been shot in the head.

BREAKING: RIOTER HAS BEEN SHOT IN THE HEAD pic.twitter.com/l1NYqUYpD3

A Molotov cocktail appears to have been thrown at the shooter in Kenosha before he fired at the first victim. https://t.co/DPVgjepDsb

This video from Kenosha is INSANE. Man with a rifle falls down, appears to get attacked and fires several shots. I've never seen anything like this during a riot.

Why won't the media cover this? Where are the police? How is this happening in the USA? pic.twitter.com/DT1kmdGjCZ

And the jackass Governor of Wisconsin?

A few more scenes from Wisconsin. Here a car lot is destroyed A black church is burned down

A black church was burned down in response to a black man being shot. Let that one sink in.

Businesses were looted and destroyed 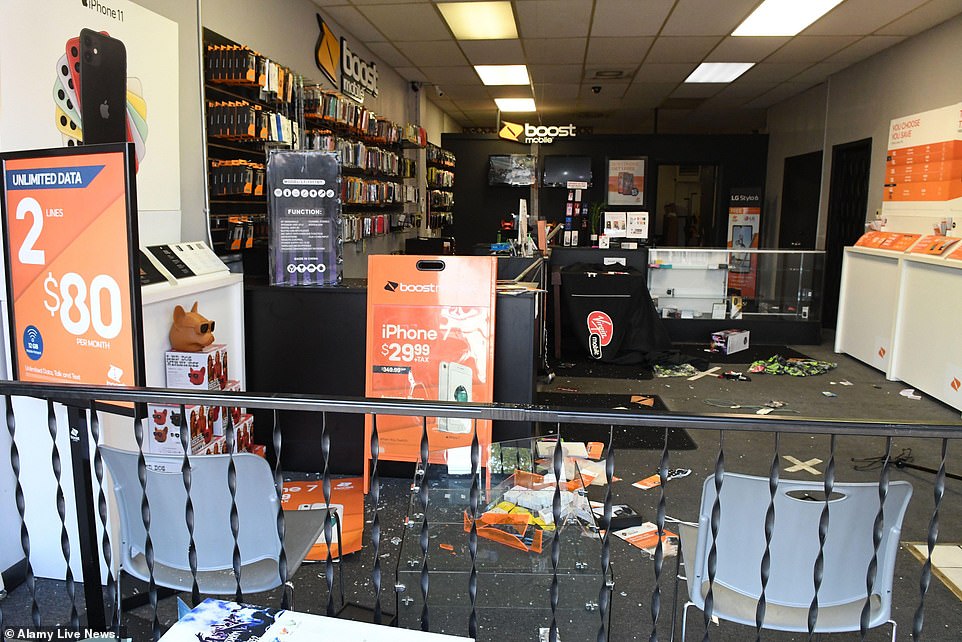 Millions of dollars of damage was done, much of it to minority owned properties. Two dead.

This happened because democrat leaders refused to act. They let the children play. After three months of this violence Portland finally takes action.

Had the dumbass mayor of Portland and governor of Oregon acted sooner, it all could have been avoided and two people would likely still be alive today and millions of dollars in damage would have been prevented. These children are learning a hard lesson. Guns can actually kill. People are tiring of the violence and if the local governments won’t do their jobs, people are going to take action on their own to protect their lives and properties.

If the municipalities don’t carry out their responsibilities a civil war will be ignited.

One side has a whole lot more weapons.

All this while democrats and democrat media continue to make believe none of it is happening.

And all that damage? It happened in mostly black business districts.

Interesting. Just want to point out that the video’s I’ve seen, on rioter was shot in the head, the other almost had his arm shot off. No suspects, just rioters and militia fending them off.

When people who know how to be violent, efficiently, get involved, things change.

The worst I’ve seen is the older gentleman defending his business getting knocked out.

There is no grey area here. If you are out protesting, even peacefully, you are promoting and abetting Leftwing rebellion.

Play stupid games, win stupid prizes. When law enforcement is unable to defend citizens because leftist democrat mayors and governors order law enforcement to not act, natural law takes over. More of these pukes need to be put down permanently in order to convince the other pukes living is more important than rioting. Their cause for overthrow is failing and will fail b

That looks more like the furniture store that was burned, not a church.
And there are photos of the man who got shot in the arm holding a gun in that hand. That wound to his arm looks like a contact wound, the muzzle blast will turn a lot of meat into hamburger.
He’ll be lucky to keep his arm.
After years of the Lefties wishing the most vile deaths and tortures on us and our families, I have zero compassion for these destructive scum.

2 dead in Kenosha, another wounded as Evers refuses help from the President.
Many of the Black population in Kenosha moved away from the violence of Milwaukee and Chicago.
Governor Evers statement after the shooting was a Commie dog whistle for the marxist brown shirts to descend, to feed, this all belongs to Pencil neck commie Tony Evers.

Anyone notice the significant effect of the shooting? I noticed this when the DC police were clearing Lafayette Square; a motion towards the ANTIFA “warriors” would send them scurrying. Notice when the shots ring out what happens; the brave warriors scatter and flee. No doubt, others will see this reaction and take notice.

It was inevitable. No doubt, the organizers of these riots have wanted this; now they have bodies to blame on those who have gotten sick and tired of being attacked and threatened. This is the media’s strategy; no mention of violent protests night after night after night and then, suddenly, someone shoots an “innocent peaceful protester”. But, there are too many actual witnesses to what is really happening. The left simply looks even MORE dishonest, if that is even possible.

Notice in the video of the punk shot in the head how concerned everyone is about his survival… NONE of them put their goddamn phones down to help. It’s all about the propaganda.

We are getting a clear picture of what America would look like under Democrats. No argument is possible, THIS is how it would look.

Why hasn’t anyone who is financing and organizing these riots been arrested? Only a few street level thugs have been arrested, and those have mostly been released within hours. The media/dem complex has blood on their hands. Every single yapping head on CNN, MSNBC, and others, along with Pelosi, Schummer, Biden, Harris, AOC, Omar and the rest are also dripping in blood. You can add democrat mayors and governors to that list as well.

Also, United Unitarians are not a “church” even though they ripped the name from the Christianity they are actively seeking to supplant.

Not happy to see that burning at all, however, I just assume that “church” is more of antifa-supporting community center that go torched…

@gah: This has all the ear marks of CIA and how they destabilize and overthrow countries in SA. Spooks are good organizing then at covering their tracks.
We best practice on putting down these riots now else the day after Trump wins it will be mayhem.
Infiltrate and find out how they converge on certain targets, this isnt random.

@another vet: Yes, we cannot depend on our liberal politicians for protection so we are forced to protect ourselves. In the real world they call that vigilantism. When you have no good law enforcement then it has to be vigilantes or nothing. They are forcing the country, through “Defund the Police” to form militias and to wrestle control of our country from their Bribe Loving Hands. If a few liberal politicians get killed, things will change very quickly. These morons support anarchy. But when they get tired of it, as they or their family members get killed, they will not be able to shut it down. That is how stupid they are!