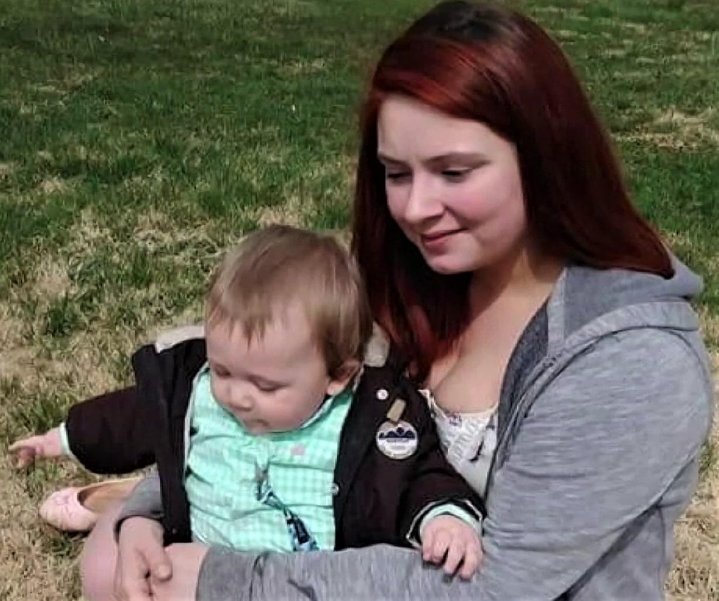 It’s getting really ugly out there.

In Boston a status of the Virgin Mary was set afire.

The Boston Police and Fire departments are investigating an arson at a Boston church after a Virgin Mary statue was set on fire Saturday night. Police responded at about 10 p.m. to a report of a fire near Saint Peter Parish in the city’s Dorchester neighborhood. Upon arrival, officers saw that a statue of the Blessed Virgin Mary had been set on fire. Police spoke with Boston firefighters, who said that an unknown suspect had set fire to plastic flowers, which were in the hands of the statue, causing the face and upper body of the statue to be burned. 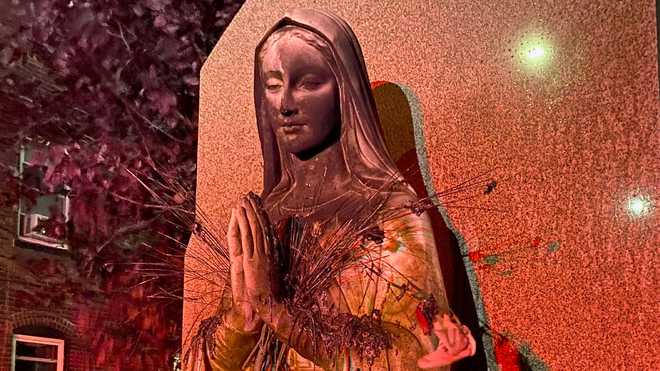 In Florida a man drove into a church and set it afire while parishioners were inside. Several churches have been vandalized.

Black Lives Matter started a riot at an otherwise peaceful restaurant in Dallas by attacking customers and staff. This is what Cultural Marxism looks like. pic.twitter.com/kmqHgwJo1c

In St. Louis the McCloskey’s, who defended their home from a mob, had their rifle seized by a Soros backed DA. As of yesterday no charges have been filed.

The daughter of a murdered police officer tweeted Blues Lives Matter in honor of her father and was slammed:

“Being a cop is a choice. Lmao and last time I checked, blue people don’t exist. Maybe educate yourself?” one person tweeted.

Another wrote, “Blue lives matter was literally created in response to and to undermine black lives matter. There’s no other connotation unfortunately.”

A third person, who identified herself as a high school student, added, “I am so sorry for your loss but you didn’t have to use a racist hashtag.”

This is not peaceful protest, this will not be tolerated. pic.twitter.com/cYuDX8G7ku

Ramirez told Fox 59 that they were walking near the canal when someone in his group used the N-word during a conversation, which led to a confrontation with a group of strangers, four men and a woman. Ramirez said that someone in the other group yelled “Black Lives Matter,” to which someone in his group answered, “All Lives Matter.” Ramirez did not confirm if Doty-Whitaker or someone else said it. Ramirez said the dispute ended when they realized that both groups were armed, bumped fists and walked away from each other.

He said that short minutes after, someone from the other group opened fire on them from a bridge and then fled the scene. “It was squashed and they went up the hill and left we thought, but they were sitting on St. Clair waiting for us to come under the bridge and that’s when [Doty-Whitaker] got shot.”

It’s getting really ugly and it has to stop.  It’s not acceptable to allow idiots to explode your ears with an air horn. It is not acceptable to disrupt your dinner at a restaurant.  Attacks on police are intolerable. The bullying and intimidation are bad enough but when it reaches the point that people with differing perspectives are murdered the country is off the rails and headed straight toward fascism. This Marxist movement masquerading as a race issue has to be put down.

Congressional democrats continue to nurture this maelstrom. They are a disgrace.

Democrats enjoy the chaos, violence and loss of life because they have their media lackeys to try to pin the blame on Trump.

The Young woman was murdered for her ignorance, this isnt just a chant, not just a slogan its a marxist take over. How could she dare to think this was about equality, or civil rights.
I wonder if her friends that watched her die get it now.

simplicity is that when an officer is struck or assaulted, he pulls his weapon and fires at the individual who struck him. as Gen . Curtis Lemay noted; kill enough and the rioting will stop. none of this assholes expect to be injured must lass die nor do any of them take responsibility for the hundreds of millions of dollars in damages they created . time is up and the game is over.

Had you been at Cal in ‘+64 and said, “Americans are good folk” ,the thug Mario and his “Goons at The Gate” would have beat you to a pulpe with their “F U C K !” SIGNS. And the Press said “Peaceful Protests”!

Very little has changed in 60 years other than we now have the “net” liberal violent brutality can bee seen as what it IS NOT PEACEFUL PROTESTS!

wonder what would happen if the black terrorist movement met some of my biker friends: punishers, hells angles, outlaws, son of silence, pagan’s. warlocks, or bandidos? can only imagine the interactions that might occur?

@kitt: The Young woman was murdered for her ignorance, this isnt just a chant, not just a slogan its a marxist take over. How could she dare to think this was about equality, or civil rights.
I wonder if her friends that watched her die get it now.

It’s worse than that already.
I watched a video of a white pregnant woman with her (maybe) 3-yr old toddler come out of her home while a group of black females were on the same street.
They swarmed her and beat her mercilessly.
Her child was body-slammed by a young black man who happened by and joined in after the beatdown had smushed the white woman up against her front door.

In another incident a young POC man used either a screwdriver or a knife to stab an elderly person.
Police responded and a car chase ended with the POC male coming out of his car with a knife in one hand and a screwdriver in the other.
He charged at the female police officer who warned him many times as he closed in toward her to Drop his Weapons!
He refused and kept coming.
When he was 10 feet away she tried to fire at him but her gun jammed.
While he kept coming she cleared her gun and emptied it in his direction.
He later died.
BLM are going nuts that she dared kill an “unarmed” man of color!
If this was anything, it was suicide by cop.
He had every chance to give up.
There’s no earthly reason to side against the police in this case 100% caught on video.
Reason has zero to do with it.
And, because these “useful idiots” of the Marxists are so illogical and emotional, were their puppet masters ever to take power, killing their own foot soldiers would have to be their 1st order of business.

@Nan G: The leaders of these goons go first, sweep through academia and gulag them” Then all the churches. The foot soldiers become tattle tales turning each other and their families and friends in.These skinny jean types and the screaming Karens wont last long in the work camps, building the new green world. Thier bodies composted for the trees and parks of utopia. The zero carbon final solution.

@kitt:
Great point.
America’s cancel history Lefties are willfully ignorant of how past commies, leftists treat their most loyal followers.
For instance, in 1956, Mao launched the Hundred Flowers Campaign, encouraging citizens to freely express criticisms of national policy. But then he used the opportunity to target all the critics of his regime and send them to prison labor camps. This was after many other cullings of out-&-out opponents.