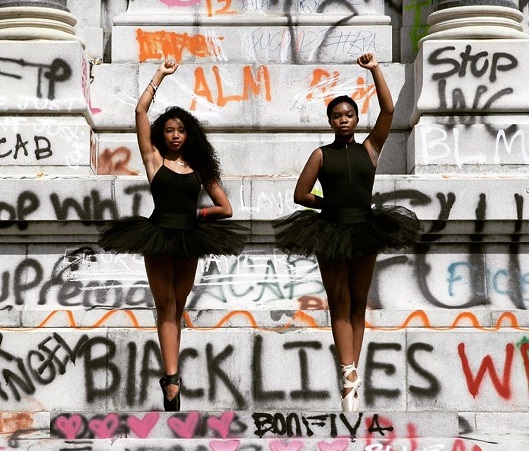 The first half of the 20th Century was one of the most devastating in human history. The people who lived through that calamitous period are called the Greatest Generation for good reason. They came of age during the Great Depression and went on to save the world from the Nazi and Japanese tyrannies. They fought hard to save the world and later built the United States into the dominant economic and military superpower on the planet.

The thing about the Greatest Generation was that their lives were tough… with a great depression sandwiched between two world wars, life was simply brutal. So when peacetime came around, they were enthusiastic about finally being able to focus on raising their families.

They of course wanted their kids to have better lives than they did. They didn’t want their kids have to deal with the food shortages, the unemployment and the wars that they had lived through. And so they pampered their children and tried to give them good lives. The problem is, their children became spoiled brats and grew into unrepentant socialists and Communists.

America saw that play out in front of their eyes during the 1960’s and 70’s. The postwar years saw an unprecedented economic boom in the United States with jobs and incomes growing to spectacular levels. Families moved to the suburbs, cars became ubiquitous and the golden age of television was upon us. So it’s not a great surprise that when things are going fairly well, spoiled children become spoiled young adults. Which is exactly what happened. From student protests demanding universities bend to their wills to anti-war marches demanding an end to the Vietnam War (really what they wanted was to not be drafted…) to supporting terrorist groups like the Weather Underground & the Black Panthers, young people spent much of the 1960’s & 70’s protesting and demanding pretty much everything. And when they didn’t get their way, they would cause mayhem, taking over universities, rioting and occasionally setting off bombs…

If that sounds a lot like what’s going on today in the streets, it’s no coincidence. The thugs out in the streets today causing mayhem are the children of those 1960’s hippies. One might think that parents who grew up in the midst of the chaotic, anything goes 60’s and 70’s might swing somewhat in the opposite direction and raise their children with a bit more discipline than they had growing up. But that’s not what happened. Just the opposite.

The children of the 80’s and 90’s and 00’s were even more spoiled than their parents. There was virtually no war – and of course, no draft – and although there were economic hiccups along the way, the economy grew steadily from the early 80’s. Things were often comfortable… Video games, participation trophies, MTV and grade inflation… what wasn’t to like? But something was going on… the hints of today’s chaos were being sowed without anyone noticing…

It was during this time that the radical students of the 1960’s and 70’s became the professors and administrators in the colleges they had previously attacked. They became politicians and media personalities and corporate flunkies and whatever passed for journalists. They became board members of foundations and literally wrote the text books used by their fellow travelers who’d become teachers in classrooms across the country.

And so here we are today… Not surprisingly, after these hippy fans of Marx and Lenin and Castro spent decades teaching America’s youth that the United States is evil and racist to its core, the youth have little respect for anything, much less their country. But more importantly, they have no awareness of context and history and reality. That Thomas Jefferson might have been a great if flawed man… Nope. That Gone with the Wind or Adventures of Huckleberry Finn might be masterpieces of literature despite their decidedly “unwoke” themes… Nope. That St. Louis might have been in the middle of a known world war when he led the Crusades… Doesn’t matter. That men can’t actually have babies… Scoff. Ronald Reagan once said: “It isn’t so much that liberals are ignorant. It’s just that they know so many things that aren’t so.”

And that is what makes the current generation of people wreaking havoc in the streets so stupid. Not because they can’t score well on the SAT, because they can – which like so much else in America these days has been watered down to almost irrelevancy – but because they refuse to see what’s right in front of them. Venezuela and Cuba are “worker’s paradises” but both are economic trainwrecks caused by socialism. Yet somehow these young people seek to take the United States down that same path. They are out in the streets protesting the death of a tiny handful of black men at the hands of police while black men kill 8,000 fellow black men every year. Activists and anarchists claim they want to remove monuments of a racist past yet they destroy statues of giants in the battle against slavery like Lincoln, Grant and Douglass. They decry capitalism but are seemingly oblivious to the fact that they live in a world of mobile phones, the Internet, Uber and Amazon that capitalism built.

That the imbecilic BLM and Antifa thugs currently seeking to erase history and destroy the country are the progeny begotten by the Greatest Generation brings to mind a quote from author G. Michael Hopf in Those Who Remain: “Hard times create strong men, strong men create good times, good times create weak men, and weak men create hard times.” In their desire to give their children and grandchildren better lives than they had to endure, the Greatest Generation created two generations of idiots not smart enough to recognize that in the lottery of life they have been gifted the Golden Ticket.

It’s only because they’ve had life so good that they have the luxury of excoriating the country in the first place… Rather than being caught up in the many wars that crisscross Africa or living daily with the threat of starvation or the lopping off of limbs, they can craft the fiction of “institutional racism”. Rather than being shot or have tanks roll over them for speaking “Truth to power”, they can put on their Che Guevera tee shirts grab their skateboards and scream “Fuck the Police” while firebombing police stations secure in the notion that they’re unlikely to face any consequences. And on the off chance they did face the possibility of consequences for their actions, they’re confident in the notion that they’ll have an army of empty headed Hollywood and Twitter personalities ready to raise money for their defense and turn them into martyrs for the cause. They can burn the flag, blockade highways, tear down statues and vandalize churches and monuments, comfortable knowing the protections afforded by the very system they want to destroy will likely protect them from harm.

That so many Democrat politicians across the country have thrown in with and knelt down with these modern day Jacobins and sans-culottes, and allowed so much of our history to be destroyed will one day be written about as a turning point in American history. It will be the beginning of a revolution… either one in which real Americans decide to take back their history from the Stalinists running academia, the media, Silicon Valley and increasingly, “woke” corporations; or one in which the “woke” Democrats prevail in November and set about destroying the Constitution and the killing the goose that laid the golden eggs they have been eating their entire lives. One will see a free United States leading a the world as the 21st century unfolds while the other will see the world collapse into a fire of war as the world’s beacon of freedom, prosperity and strength is replaced with a fascist state wrapped around a Zimbabwe like economic disaster.  Forrest Gump said “Stupid is as stupid does” and that’s exactly what the country is looking at as the progeny of the Greatest Generation destroy the very legacy that was built for them. Hell is after all, paved with good intentions.