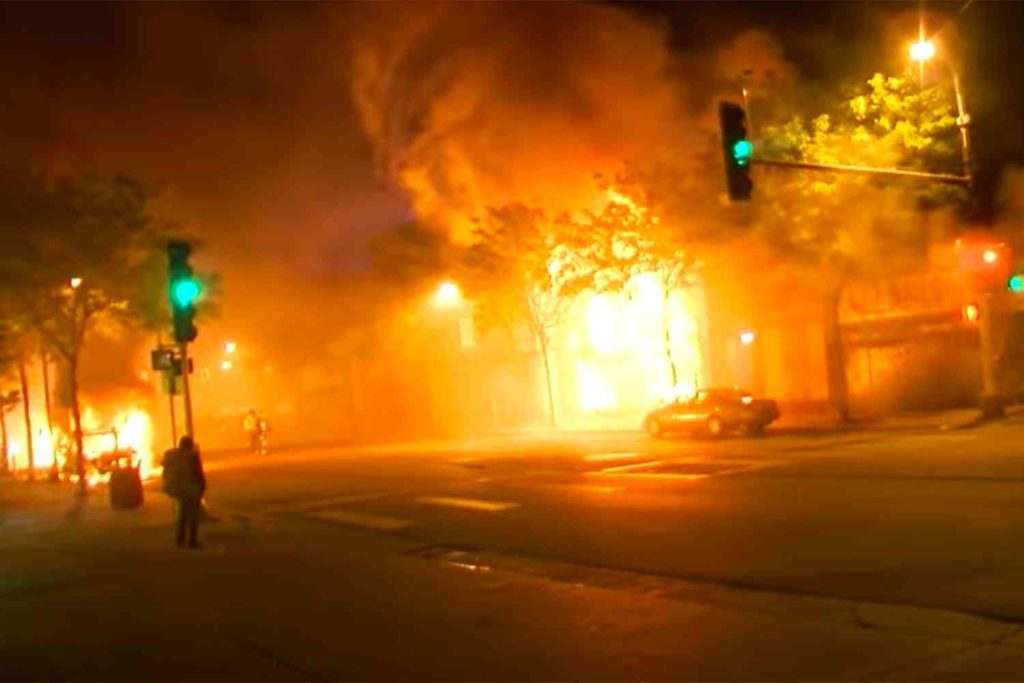 democrats desperately want the hatred, rioting and violence to continue. They are motivated to see it go on. They profit from it. To wit
:
Chuck Schumer Blocks GOP Measure to Condemn Defunding Police

Cotton said that Schumer “must want to defund the police.”

We know that violent crime disproportionally affects low-income communities, and that law enforcement plays a critical role in protecting life and preserving a free and functioning society. We also know that law enforcement has an important responsibility in upholding our criminal justice system. Though our nation has taken many troubled turns on our continuing march toward justice, defunding and abolishing police departments will undoubtedly take us backward in that endeavor.

The resolution, which was introduced by Rep. Greg Steube (R., Fla.) late Thursday morning, condemned Floyd’s killing at the hands of police, calling it “inconsistent with the values and conduct expected of law enforcement officers.” The resolution also supported peaceful protesters, but it noted that protests have been “exploited by violent extremists” carrying out “acts of violence, looting, destruction of business and personal property, and additional loss of life.”

Rep. Jim Jordan (R., Ohio) spoke in favor of the resolution, arguing that while Floyd’s death was “wrong as wrong could be,” there is a “big difference between peaceful protest and rioting.” Jordan also spoke against defunding the police, calling it “one of the craziest public policy proposals I have ever seen.”

And this damned moron

Andrew Cuomo says ripping down statues is a “healthy expression.”

Cuomo actually defended the leftists ripping down statues, he said people were making a “statement” against racism. “It’s a healthy expression of people saying let’s get some priorities here and let’s remember the sin and mistake that this nation made and let’s not celebrate it.”

Healthy expression? To rip down the Founders like Washington? Burn the flag? Vandalize Lincoln and pull down Grant, two of the seminal people responsible for ending slavery? It isn’t about racism or slavery, it’s about anarcho-communism, creating chaos, erasing history and bringing down the American system, call it what it’s really all about and it’s insane of Cuomo to defend it.

This is a sickness born of depravity. Why do they love this?

One, because they think it makes Trump look bad. The thinking here is faulty and it presumes that Americans in general and minorities in particular, are stupid. People want safety. They abhor violence. The rioting that has taken place in Minneapolis, Seattle, Chicago and NYC has harmed minority communities more than any other. democrats know that but they simply do not care. Their political goals supersede the welfare of the American public.

Some smart sleuthing by Raheem Kassam and Natalie Winters at The National Pulse shows the donations made to Black Lives Matter actually go to ActBlue.  From there ActBlue takes those contributions and sends them forward to the Joe Biden Campaign.

While the Biden campaign insists it doesn’t support efforts to defund the police, it may happily profit from Black Lives Matter (BLM) efforts, and is complicit in taking money from an organization partnered with those spearheading the dangerous policy that has already taken root in Minneapolis, New York, and Los Angeles.

After reaching the BLM homepage, which features a “Defund The Police” petition front and center, if a user chooses to donate, they’re rerouted to a site hosted by ActBlue and prompted with the message: “We appreciate your support of the movement and our ongoing fight to end state-sanctioned violence, liberate Black people, and end white supremacy forever.”

Joe Biden is the top beneficiary of the ActBlue’s fundraising efforts.  (link)

A vote for any democrat, Biden included, is a vote for violence, hatred and anarchy. They have become fully anti-American and support this current fascist clime. Their above actions make that very clear. Seattle’s NIMBY Mayor just decided that CHOP had to go only after it’s inhabitants stormed her house. The rest of the democrat party needs that same lesson.