The black lives that don’t matter to Black Lives Matter 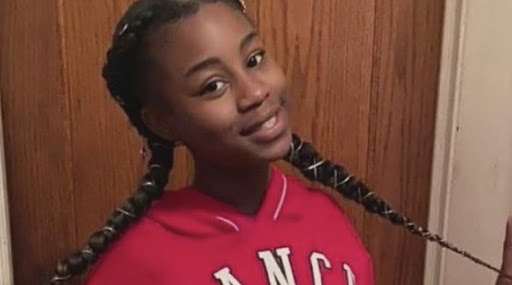 On June 20,  Jasean Francis, 17, and Charles Riley, 16, were shot and killed in Chicago for asking how tall a young man was.

Over Father’s Day weekend in Chicago 104 people were shot and 15 died.

That same weekend 13 year old Amaria Jones was killed by a stray bullet while dancing with her mother.

This past weekend 114 people were shot in Chicago, and 14 died.

On Saturday, a 20 month old was shot and killed in Chicago as he sat in his car seat.

Did someone say “New York City”?

There have been 112 victims in 83 shootings over a nine-day period ending Saturday, according to police. Most of those shot were expected to survive, but at least six people have died in the past week and others suffered serious or critical injuries.

The NYPD said there have been 503 shooting incidents with 605 victims this year as of Saturday.

Black Lives Matter doesn’t care. This doesn’t do anything for them politically.  BLM is misnamed. It should be called “Some Black Lives Matter, the rest don’t.” The organization has allied itself with Antifa, made up largely of spoiled cretinous white children. The general consensus is the BLM cares about one thing and one thing only-

When my Son was Murdered I reached out to every so called Black leader in L.A. to get help with the Murder of my son. Every one of them was in the bed with the illegal aliens. BLM and Black Politicians in L.A. only support Black people who were Murdered by the Police, Period

In a recent interview, boxing icon Muhammad Ali’s son insisted that his father would have thought the Black Lives Matter movement is filled with “a bunch of devils.”

In the interview published by the New York Post, Muhamad Ali, Jr., said he father would not be a fan of BLM. “My father would have said, ‘They ain’t nothing but devils.’ My father said, ‘all lives matter.’ I don’t think he’d agree (with BLM),” he insisted.

“Don’t bust up shit, don’t trash the place,” he added. “You can peacefully protest.”

“It’s a racial statement,” Ali added. “It’s pitting black people against everyone else. It starts racial things to happen. I hate that.

Greater New York Black Lives Matter president Hawk Newsome has promised to “burn down the system” if he doesn’t get what he wants.

She believes white people are “subhuman” and should be “wiped out.” As a matter of fact, she hates white people so passionately, once, she went on Twitter and (in a now-deleted tweet) begged “Allah” to give her the strength not to “kill white people.”

If you need more background, it can be found here, including this blast from the past.

BLM will shut your business down:

On Friday night,  a group of Black Lives Matter activists began shouting a political script in a Target store in Washington, D.C.

The verbal assault was led by a male with a bullhorn, who read the script in portions which were were then shouted back by the rest of the group.

They yelled, “All black people, living around this neighborhood, because you prioritize money over people, until you stop calling the police, we will continue to shut your business down.”

MADISON – Federal prosecutors brought extortion charges Friday against the man whose arrest this week sparked violence and destruction in the capital city.

Blader also alleges Johnson, 28, threatened to “shut down and destroy” another business unless Johnson and his friends were provided free food and drinks.

In one restaurant, Johnson allegedly brought a boombox indoors and refused to turn it down. When the owner told Johnson he donated money to a group supporting the Black Lives Matter campaign, Johnson asked what he had done “locally.”

Ultimately, Johnson allegedly told the owner “give me money or we’ll break windows,” according to the criminal complaint.

Black Lives Matter is a fraud. It is nothing more than militant political organization bent on rendering the fabric of the nation.