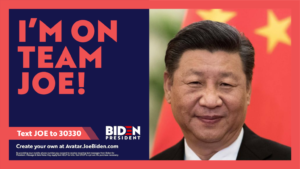 You know by now that democrats have not contributed a single positive thing to the Wuhan virus disaster. Their newest offense is to allow the PPP to run out of money. Pelosi bragged about this while eating her $13 per pint ice cream stored in her $20,000 Sub Zero refrigerators.

We all have found our ways to keep our spirits up during these trying times. Mine just happens to fill up my freezer. #LateLateShow pic.twitter.com/dqA32d5lU1

“The Paycheck Protection Program ran out of money this morning because Democrats, led by Nancy Pelosi, blocked the necessary $250 billion replenishment for the program that Congressional Republicans tried to deliver,” the Republican National Committee said in a statement on Wednesday. “Now ‘Nancy Antoinette’ has to explain to America why she chose to show off her luxury refrigerators and $13-dollar a pint ice cream collection from her chateau in San Francisco instead of funding the Paycheck Protection Program which has saved millions of jobs all across the country.”

That’s how it rolls with the leaders of the democrat party. It’s exactly the same as in the Communist Party.

Anyway, this is just the latest. We’ve documented the rest. democrats are not motivated to end this crisis. That might make Trump look good. They intend to grind the country right into the dirt with their heels. They continues to cast aspersions at Trump non-stop. Sometimes they are stupendously idiotic statements. One such famously ludicrous assertion came from the continuously open mouth of Sen. Christopher Murphy (D-CT).

But why are democrats doing this- I mean other than trying to reduce the economy to ashes?

Joe Biden and his connections to China.

In 2013, then-Vice President Joe Biden and his son Hunter Biden flew aboard Air Force Two to China. Less than two weeks later, Hunter Biden’s firm inked a $1 billion private equity deal with a subsidiary of the Chinese government’s Bank of China. The deal was later expanded to $1.5 billion. In short, the Chinese government funded a business that it co-owned along with the son of a sitting vice president.

If it sounds shocking that a vice president would shape US-China policy as his son — who has scant experience in private equity — clinched a coveted billion-dollar deal with an arm of the Chinese government, that’s because it is.

Less than a year after opening Rosemont Seneca’s doors, Hunter Biden and Archer were in China meeting with top Chinese officials. To assist in their new venture, they partnered with a Massachusetts-based consultancy called the Thornton Group, headed by James Bulger, son of former Massachusetts state Sen. Billy Bulger. James Bulger has the dubious honor of being named after his uncle, the notorious mob hitman James “Whitey” Bulger.

The timing of this meeting was also notable. It occurred just hours before Hunter Biden’s father, the vice president, met with Chinese President Hu Jintao in Washington as part of the Nuclear Security Summit.

Twelve days after Hunter stepped off Air Force Two in Beijing, his company signed a historic deal with the Bank of China, the state-owned financial behemoth often used as a tool of the Chinese government. The Bank of China had created a first-of-its-kind investment fund called Bohai Harvest RST (BHR). According to BHR, one of its founding partners was none other than Rosemont Seneca Partners LLC.

Last year Biden had this to say about China

. “Come on, man,I mean, you know, they’re not bad folks, folks. But guess what, they’re not competition for us.”

China is a clear and present danger. They are in trouble.

Roger Robinson, a former member of President Ronald Reagan’s National Security Council who helped craft the plans to defeat the Soviet Union economically, and heads a business analysis firm that tracks China’s global transactions, highlighted the threats to national security and human rights that Americans are unwittingly underwriting through their investment portfolios.

Outspoken China critic Gordon Chang suggested that China’s purportedly unending substantial economic growth is fraudulent, and called on the Trump administration not to provide the CCP a lifeline via a trade deal but rather to significantly tighten the screws, including substantially ramping up tariffs and banning the importation of goods and services that have benefited from Chinese intellectual property theft.

Hedge fund manager Kyle Bass of Hayman Capital, one of the few to accurately predict and profit from the subprime mortgage crisis, echoed Chang’s contrarian view about the weakness of the Chinese economy, claiming that his research indicates China is running desperately short of U.S. dollars, which in combination with its massive money-printing, piling up of debt, and command and control economic and political system, indicates impending economic doom.

China has a definite preference for Biden. It walked away from a trade agreement in hopes that he would win the 2020 election:

By March the draft trade agreement had reached an impressive 150 single-spaced pages. In it, the Communist regime promised to abandon many of its predatory practices, from currency manipulation and the theft of intellectual property to the forced transfer of technology and its secret subsidies to its hi-tech companies.

Beijing even appeared ready to back these promised structural changes by agreeing to actual enforcement provisions similar to those imposed on North Korea. The draft called for heavy penalties to be imposed on Chinese companies, or levied on China itself, if the agreement was violated.

The cable that arrived in Washington late on Friday, May 3, changed everything. The draft agreement had been gutted. Section after section had been crossed out. Americans who saw it said that Beijing was reneging on nearly all the concessions it had made earlier.

Had China’s trade negotiators been acting in bad faith all along?

Perhaps. After all, Beijing has a long history of duplicitous behavior.

But I think the real reason that China backtracked is named “Joe Biden.” The former vice president had just ended months of speculation over his political future by announcing he was running for president on April 25.

The Chinese blew up the negotiations a few days later.

The Chinese are not fools. They would do much better dealing with a frail, forgetful old man than they would with Donald Trump and they’re already invested in Biden and his family. democrats are all too willing to give away the country to admit this. All they want is for Trump to be beaten in November. So they need the smoke screen of impugning Trump for his response to the Wuhan virus pandemic.