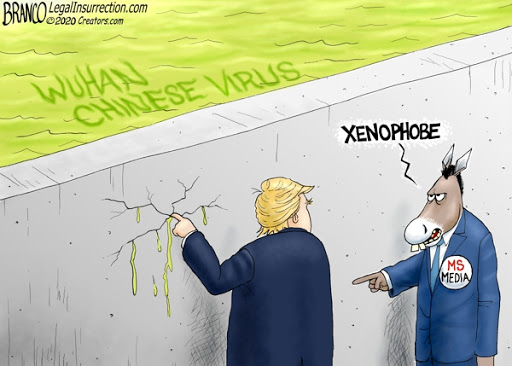 Welcome back, everyone! Chateu D’ Bob has survived its fourth week of home schooling Little Bob, and we’ve been figuring out how to make lemonade out of lemons & are getting creative. For example, Little Bob’s teacher sent home a math game that invloved cutting out papers with numbers on them and counting to 20. Rather than make a mess, I just used a deck of cards. And since it’s just as easy to count to 21 as it is to 20, it just made sense to teach Little Bob how to play Blackjack. Given how he hates to lose I’ve had to let him be the dealer, but I make him play my hand. At least his hate for losing should keep him from developing a gambling problem in a few years…

Given how the news cycle has been dominated by The Chinese Pnemonia and the Boogie Wuhan Flu , I’m trying something different this week. I’m dropping just happy news to help cheer everybody up – this took some searching…

3/24 – Suggestions for This Difficult Time

Who better to kick this off with than with Dennis Prager?

3/25 – Coronavirus is exposing the economic ignorance of the left.

I disagree with this headline. I thought that eight years of The Radical Left’s blind devotion to an economically illiterate president exposed their ignorance.

Early in this story is a link to The Chronicle of Higher Education. The fear that these bastards are feeling at the thought of sunlight will brighten anyone’s day.

I’m not always a fan of the NRA, but I’d like to see more of this. For that matter, where is the “Conservative Judge” counter to the “Hawaiian Judge” that tries to put injunctions on nearly everything President Trump does?

This may be the most valuable education these kids can get as to how Academia truly views them. Read it to the end for where this will hopefully lead.

Despite The Radical Left’s hopes, we are not experiancing the apocalypse that will lead Americans to turn to a demantia patient as their savior.

While I hate that what was once known as common sense now requires the force of government to fight, I’m grateful that it’s being used for the forces of good after an 8 year void.

At some point Germany will figure out that the rest of Europe doesn’t want to be ruled by them. At least they’re not starting wars that kill millions anymore.

This is this week’s entry #1 in “Are you enjoying as much as I am watching the media beat the drums on their march to irrelevance?”

This is this week’s entry #2 in “Are you enjoying as much as I am watching the media beat the drums on their march to irrelevance?”

Which leads to the follow up question – The Radical Left is livid that President Trump is crediting those evil private sector businesses are stepping up and helping the country in a time of crisis. Out of curiosity I ran a quick search to see what three of the Lefties’ favorite Billionaires are doing these days. Tom Steyer and Soros came up…. nada. At least Bloomberg is ponying up some help… sort of. He’s helping to contribute by upping his donations to leftist health organizations. For once I wouldn’t mind hearing Berine’s usual braying about how greedy billionaires are.

Suddenly journalists get an education in reality. When the businesses that pay for their ads are forced to close, the money for their salaries mysterioiusly goes away. Read to the end for the NSFW language in the “Posted In” section.

Lawsuit is required to stop Climastrologists trying to prevent renewable power source from being built.

Stories like this truly make me respect the writers at The Babylon Bee for writing satire even more idiotic than our reality.

Read to the end – great point about Dubya that The radical Left loves to forget.

And if the lyrics in the first tweet from James Woods about Gulab Barbie sounds unfamiliar, this will help.

My 6 year old son upon learning about climate change. "Why are leftists always threatening mankind with Apocalypse unless their political agenda is fully enforced."

I handed him a beer.