Dr Who and Leninism: You will be made to Care! 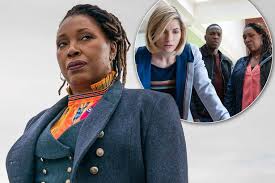 So Sci-Fi fans, are you are shocked that Dr Who has destroyed all its canon? Well, you shouldn’t be. Because we all have seen this show before…. many times. I first noticed the red flags when the companion Clara, the impossible girl, flaunted her bi-sexuality. This added nothing to the plot, so I knew there was a political motivation, and thus it would not stop there. Clara was then replaced by a lesbian woman named Bill. (Notice how often female characters are given traditionally male names like in Star Trek Discovery? Do you think that is by accident?) Then the Dr became a female, then a black female. Finally the canon was changed to the Dr starting off a black female and not even from Gallifrey. Other changes were made to the canon that I will not go into in this article as its not just about Dr Who.

So why do I care? Do I hate women, gays, or black people? Well, I loved Alien and Aliens, loved Wonder Woman, and the Original 2 Terminators. I loved everyone in Star Trek, TNG and in all three original Star Wars. That list included Geordi La Forge, and other characters, both black white and male and female. Judas Priest is one of my favorite bands. And it was obvious to everyone some time ago that Rob Halford was gay. The point is that I did not think of them as female or male characters, black and white characters, or gay or straight bands. They were just good characters, or good shows. And because I loved those characters I did not want them destroyed by some woke writer or producer who could not write an original story even if these was a gun to his or her head.

So how many dead or dying franchises riddle the ground in liberalism’s path now? Star Wars? Star Trek? Terminator? Dr Who? Is 007 next? And what about sports? What is next? Liberalism has become TNG”s Borg, ruthlessly assimilating all in its path. The fact that the new hosts assimilated form bears little resemblance to its original form is just collateral damage and is easily justified by the end goal. So what is the point of all this? Is the left purposely trying to destroy beloved shows? If so, why? Why is this being done?

When I was younger I did not understand why the left has this set of principles and the right has this other set. But when I looked at the question and related it to end goals then everything became quite clear. There are two ways to find a hidden goal. One is to look for re-occurring pasterns and look to where they lead to. The other is to see where their money comes from or who benefits from a particular outcome.

For that we must undertake a quick study of Marxism/Leninism. The idea for the New Soviet Man was born from the Proletariat revolution. He was to be living clay; a being who may be pressed into any shape to fit the revolution. He sees through the false alienation between the sexes and religions. There was one culture, and the old way of thinking is to be destroyed. Though Liberalism is not Marxism, it shares the same goals, such as the establishment of the Socialist State. The Progressives/Liberals/Socialists thus push for policies that encourage dependency on the state while it seeks to destroy the old order, the old culture, the old way of thinking. The collateral damage does not matter.

So what the hell does Dr Who have to do with Marxism? Quite a lot, actually. Things such as family, religion, old values, and old culture stand in the way of the New Progressive Man. They must be reformed or destroyed. That is their real goal. It is not about inclusion or virtue signaling. In the end, for them, the item must be either fully woke, or destroyed. There are no other options. This is why you should give a damn about Liberalism’s assimilation. It won’t stop there. Like the Borg, it will never stop until everything is assimilated or destroyed. And one day it will affect something you love. You will be made to care.