The DNC has a plan and it means replacing Biden. 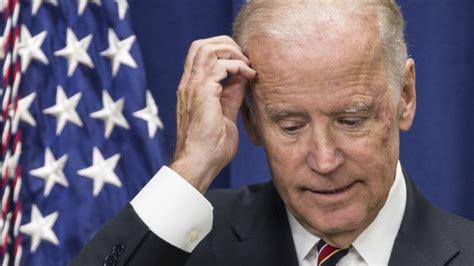 There really is no arguing the fact that Joe Biden is in decline mentally despite protestations to the contrary. He is 77 years old and this is not unexpected. The number of noteworthy incidents has only multiplied this week.

Today he went after people at his rally

Continuing their policy of mendacity, democrats accused the right of starting the harping on Biden’s mental issues but it’s not true.

No matter how many times the DNC & its pro-Biden media allies ignore this fact, it won’t go away:

Of late the DNC is curtailing the amount of time Joe can talk and have arranged for him to be seated for the next debate. This morning there are calls from other dems to end the primaries and simply declare Biden the winner.

Biden is a mess, but he’s all democrats have left. Sanders would be decimated in the general election. Biden is their best chance, or is he? As they have a history of rigging elections democrats’ next action ought to surprise no one.  Biden faces two possible outcomes. One,  someone makes a motion at the DNC to replace Biden because of his impaired mental state. Two, should he somehow be elected President the democrat leadership would call for him to step down or invoke the 25th Amendment. This is all it would take:

Specifically, that’s Section 4 of the 25th Amendment to the Constitution. The amendment states that if, for whatever reason, the vice president and a majority of sitting Cabinet secretaries decide that the president is “unable to discharge the powers and duties of his office,” they can simply put that down in writing and send it to two people — the speaker of the House and the Senate’s president pro tempore.

Then the vice president would immediately become “acting president,” and take over all the president’s powers.

Let that sink in — one vice president and any eight Cabinet officers can, theoretically, decide to knock the president out of power at any time.

So much hinges on who Biden would select as a running mate and without a doubt he’ll be getting a lot of advice. I imagined a couple of possibilities for a while- Stacey Abrams and Kamala Harris but there is another lurking that I think will be the choice to engage this scenario: