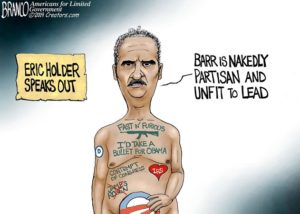 Happy 2020! Will our Lefty pals be happier in 202 than they were in 2019? Probably not, based on these early indicators:

It’s a site that transcribed a post from the NY Slimes, so you don’t have to give them a click. Trust me, reading this piece of Leftist whining will make your heart grow three sizes on this day!

I say this is a great opportunity to make lemons out of lemonade. Maybe a good starting point would be to protest for better School Choice? Or how about 2nd Amendment rights?

Nice to see the ACLU standing up for religious freedom for a change. Read to the end – you’ll be surprised as to who started this.

A good roundup of some of the dumber things we saw in 2019. The best part was early in the post when a rant by an Ace of Spades commenter. Here’s a taste – you’ll want to read it all:

I was forced to go to a Christmas party over the weekend and had to listen to some jackhole whine about how “divisive” Trump was and lament that we couldn’t “come together.”

I unloaded on that nickelf*cker — “You want to talk divisive? I hated that dog-eating Kenyan crackhead every moment of the eight years he infested the White House. But you know what I didn’t do, a**hole? I didn’t riot in the streets. I didn’t scream “HE’S NOT MY PRESIDENT!” I didn’t gin up some phony, childish “Resistance.”

(In Ron Howard’s Arrested Development Narrator voice): “Actually, they will.”

Why are people ripping the Times for calling Terrorists “mourners”? Shouldn’t we be praising them for not labeling the attackers “Islamic Scholars”? Baby steps!

This is the kind of story that needs to be publicized. Which is why the MSM must ignore it.

1/3 – If you want to stop wildfires, put qualified people back in charge of forests

And there are the operative words – “want to”. As long as it can be spun to advance their extremist agendas, there is no amount of harm or damage that The Radical Left won’t support

From the archives, (and you’ll see this again in an upcoming post), a post I wrote ten years ago about How a Mix of 70’s Music Helped Me Appreciate Where We Are Today As a Society

Difference between "Richard Jewell" the movie, and MSM treatment of Richard Jewell? One fictionalized an event with artistic license for dramatic purposes on something that fit a narrative. The other is a movie.

Why are people ripping the Times for calling Terrorists “mourners”? Shouldn’t we be praising them for not labeling the attackers “Islamic Scholars”? Baby steps!

Obama hates Israel so much that, he told Iran when Israel was ready to assassinate Iran’s Quds Force leader Qasem Soleimani in 2015.
https://pjmedia.com/trending/obama-administration-stopped-israel-from-assassinating-soleimani-in-2015-report-says/
Could Dem allies of Obama’s be trusted to keep it secret if Pres Trump had given them a heads’ up?
I doubt it very much.
Even our media, today is siding with the Ayatollah over both Pres Trump and the Iranian people who have begun celebrating this death.

Who needs further proof that all (or most; some are just hateful) of the random, false accusations thrown at Republicans are not taken seriously by the accusers and they expect the accused to recognize it a normal politics? I guess some take being called a liar, racist and traitor a bit more personally than others.

Another “the enemy of my country is my friend” worm.

I don’t know… here’s a thought. How about having students write essays to make their political point? You know… mix a little EDUCATION with their exploitation? Naaahhhhh…. keeping them ignorant and stupid is far more advantageous to the left.

Unless they can prove the threat of infusion into the water system, what’s the problem? How many Amish are we talking about here? Perhaps Greta can speak out for the Amish, or even Al Gore, since THIS is exactly the life style they envision for the entire world (other than themselves, of course).

I wonder what level of lying they are caught in will finally cause the left to wake up? Is there NO limit to the amount and audacity of their lies that liberals will accept as long as they stroke their prejudices? Apparently so. Democrats thinks a substantive strategy against Trump is to hate him solely for not being a liberal. In addition to trying to out-socialist each other, all the candidates do is try to show their feelings are more fragile than all the others.

The left has embraced anti-Semitism and, like their other racism and violence, they try to blame it on everyone they can find rather than accept ANY responsibility for their own actions.

Acknowledging who is attacking Jews with the purpose of identifying the problem and solving it is not important to the left. HAVING the attacks and EXPLOITING them is all the left cares about. Thus Democrats and their media allies don’t call out and shame those doing the attacking in an effort to change the attitudes that provoke the attacks; the play along together to weaponize the tragedies to further their common political agenda.

Those who flew the drone that splattered Soleiman were mourning the loss of lives due to Iranian terrorism.

Again, “the enemy of my country is my friend.” Obama paid them, Trump cashes them in and Democrats hate observing the success he has when all they’ve done is fail.

1/3 – If you want to stop wildfires, put qualified people back in charge of forests

Yeah… IF. However, if all you want to do is exploit tragedies for political and financial gain, just keep doing what you’re doing.

Let’s hope for a Happy New Year in 2020; a new one where Democrats restore their own dignity and restraint and act like human adults. Well, we can hope.

Even our media, today is siding with the Ayatollah over both Pres Trump and the Iranian people who have begun celebrating this death.

As I say all to often, “It will be a great day in America and an equally horrible day in America when Democrats come to hate the people who want to murder us as much as they hate Conservatives”

Let’s hope for a Happy New Year in 2020; a new one where Democrats restore their own dignity and restraint and act like human adults. Well, we can hope.

@Brother Bob: Well, as I said, we can hope. After seeing the idiot on CNN state the killing of Soleimani was “the right action, wrong Commander in Chief”, hope fades. Seems Democrats would rather see terrorists committing acts of terror than Trump succeeding as President. They also state that, because of impeachment, he should not do his job because anything and everything he does distracts from impeachment. No, these are not smart people.

[…] Flopping Aces has the Sunday Funnies (last week’s). And this week in radical leftism. […]