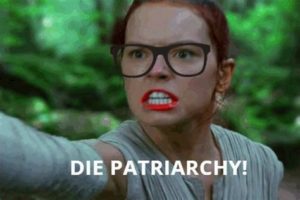 OK, that title isn’t completely honest. Star Wars was ruined with that boring, lazy reboot that was Force Awakens and that massive middle finger to the fans and the franchise that was Last Jedi. Now we have the Rise of Skywalker garbage that’s getting panned by both critics and fans, even if for different reasons. I could go on about Star Wars, but who cares? Terminator made another crummy sequel, but that series hasn’t produced a watchable movie since T3. Yes, I know T3 was nowhere near the level fo the first two, but it was still a fun movie. But enough about these disasters, let’s look at a few others that 2019 gave us.

If you’ve never heard of Captain Underpants, you haven’t raised a little boy in the last 20 years. The books are great little boy literature, the story of two mischievous 4th grade buddies who draw their own comics and pull pranks at school. To make a long story short, Little Bob is right in their zone right now and devours their books. In one of the later Captain books, author Dav Pilkey decided for some strange reason to bash Conservatives. At one point we get introduced to some antagonists called the Grumpy Old People, or GOP for short. The same book goes on to do some fluffing for The Huffington Post. Seriously? I thought I’d have to at least wait for preteen lit to start monitoring Little Bob’s fiction reading for Libtarditude.

Next up is the HBO series “Ballers”. We only subscribed during Game of of Thrones season, and during that time I’d watch on demand any other movies or series that looked interesting. Ballers is fronted by “The Rock”, Dwayne Johnson. I’ve been a fan of his since he started as a pro wrestler in the 90s. For that matter as a kid, I remember watching wrestling and rooting against his dad, The Marvelous Muraco. The Rock’s character in Ballers is a recently retired pro football player who breaks into the world of working as a sports agent. Johnson’s personality is perfect for the role, and I loved the first few seasons. Then in the last season they put in an inexplicably stupid scene, where one of the players who happens to be black goes to a party being thrown by some wealthy Trump supporters. Of course, they are all white. And after having them gush about the tax cuts that were designed to benefit only them, they go up to the football player and eagerly asking him if he’s one of the ones who kneels during The National Anthem.

The scene was so painful to watch I think that even Rachel Maddow would have cringed at how ridiculous the portrayal of Trump supporters was. And as much as I’d loved the series up to that point, that was where I tuned out and never tuned in again. I just have a hard time giving my business to people who won’t even try to hide the fact that they despise me.

Next we go back to the comic book series Astro City. You might have caught my piece from almost two years ago about how a once very cool comic got infested with the SJW pathogen. Their grand finale for the entire series was released a few months ago, and I was somewhat interested until I saw one of the stories in the anthology had this summary:

The story of Resistor, who’s making headlines all across the nation. And one reporter is determined to find out the truth–not simply to report it, but to find her missing father. A story of protest and power, love and loss, and an enigmatic, ever-changing hero.

A Superhero named “Resistor”. Hard pass. I’m curious as to how the story ends, but I have a hard time giving my money to people who don’t even try to hide how much they hate me. I’ll wait a few years until it’s going for 99 cents on eBay.

Apparently Hollywood made a movie out of Cats. And it flopped. As a straight guy, the only two musicals I watch are The Blues Brothers and The Big Lebowski, so I have nothing else to say on this. On to the next butchery.

And finally, we get to Toy Story 4. This episode opens with Bo Peep being sent off in a box with other unwanted toys. Woody was horrified, but Bo Peep took it in stride, pointing out that this is the life cycle for any toy. After she leaves, the story moves to a family road trip that takes all of the toys with them. The main conflict comes with trying to recover a toy from an antique store in a town on the trip. The store’s main toy is a creepy looking doll who commands a small cadre of creepy Pee Wee Herman looking ventriloquist puppets. There’s also a circus passing through town where Woody meets… Bo Peep! Of course, Bo Peep is now super powered and enlightened. She’s having a great time traveling the countryside and is now handling her shepard’s crook like a bo staff. At one point Woody gets scared when Bo’s arm breaks off, but she calmly tapes it back on at the elbow. Her crook also breaks at the center, at which point she also tapes it back together. Ah, got it now – being a Disney property, Pixar decided to turn Peep into Rey from the new garbage Star Wars movies!

In the end, the bad guys are overcome. Bo Peep becomes the Unbeatable Rey and kicks butt, while Woody awkwardly follows. Afterward, Peep tells Woody he should just leave his family and just join the circus with her. Yep, reject family, embrace the rootless lifestyle – just like Han Solo did! Of course, for some unexplained reason the rest of the toys cheer for their friend turning their back on them. Ah, rejection of family and community – what could be more SJW than that? You should have stopped at 3, Pixar.

One interesting side note – The day after Christmas it hit me that this was the first year that not only did Little Bob not ask for anything Star Wars related, neither I nor Sister Babe even considered getting him any toys from the franchise for Christmas. You’ve had a great run, Star Wars, but by the time Little Bob is my age Star Wars will be as meaningful to him as Little Orphan Annie and Flash Gordon are to me.

2019 was a great year for The Radical Left to ruin various franchises – we’ll see what other once lucrative franchises they can turn into preachy garbage! Happy 2020!

Cats is a wonderful Broadway hit, it's a good play so I can only imagine how poorly they butchered the original to get such low interest! What did you do to this play Hollywood!? How much crap did you throw at it?! Did you make it political because the original is not! https://t.co/jahpqub6nP