Why would the FBI intentionally mislead the FISA Court if not for bias? 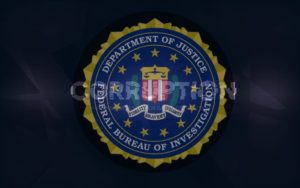 The DOJ Inspector General’s report disclosed a multitude of FISA violations by the FBI. As noted by John Solomon, there were 51 Woods violations and nine false statements made to the FISA Court.

To understand just how shoddy the FBI’s work was in securing a Foreign Intelligence Surveillance Act warrant targeting the Trump campaign, you only need to read an obscure attachment to Justice Department Inspector General Michael Horowitz’s report.

Appendix 1 identifies the total violations by the FBI of the so-called Woods Procedures, the process by which the bureau verifies information and assures the FISA court its evidence is true.

The Appendix identifies a total of 51 Woods procedure violations from the FISA application the FBI submitted to the court authorizing surveillance of former Trump campaign aide Carter Page starting in October 2016.

A whopping nine of those violations fell into the category called: “Supporting document shows that the factual assertion is
inaccurate.”

For those who don’t speak IG parlance, it means the FBI made nine false assertions to the FISA court. In short, what the bureau said was contradicted by the evidence in its official file.

More at the link.

Horowitz also identified 17 “significant errors or omissions” in the FISA application. Among them:

1. Omitted information the FBI had obtained from another U.S. government agency detailing its prior relationship with Page, including that Page had been approved as an “operational contact” for the other agency from 2008 to 2013, and that Page had provided information to the other agency concerning his prior contacts with certain Russian intelligence officers, one of which overlapped with facts asserted in the FISA application;

2. Included a source characterization statement asserting that Steele’s prior reporting had been “corroborated and used in criminal proceedings,” which overstated the significance of Steele’s past reporting and was not approved by Steele’s handling agent, as required by the Woods Procedures;

3. Omitted information relevant to the reliability of Person 1, a key Steele sub-source (who was attributed with providing the information in Report 95 and some of the information in Reports 80 and 102 relied upon in the application), namely that (1) Steele himself told members of the Crossfire Hurricane team that Person 1 was a “boaster” and an “egoist” and “may engage in some embellishment” and (2) INFORMATION REDACTED

4. Asserted that the FBI had assessed that Steele did not directly provide to the press information in the September 23 Yahoo News article based on the premise that Steele had told the FBI that he only shared his election-related research with the FBI and Fusion GPS, his client; this premise was incorrect and contradicted by documentation in the Woods File- Steele had told the FBI that he also gave his information to the State Department;

5. Omitted Papadopoulos’s consensually monitored statements to an FBI CHS in September 2016 denying that anyone associated with the Trump campaign was collaborating with Russia or with outside groups like Wikileaks in the release of emails;

6. Omitted Page’s consensually monitored statements to an FBI CHS in August 2016 that Page had “literally never met” or “said one word to” Paul Manafort and that Manafort had not responded to any of Page’s emails; if true, those statements were in tension with claims in Report 95 that Page was participating in a conspiracy with Russia by acting as an intermediary for Manafort on behalf of the Trump campaign; and

7. Included Page’s consensually monitored statements to an FBI CHS in October 2016 that the FBI believed supported its theory that Page was an agent of Russia but omitted other statements Page made that were inconsistent with its theory, including denying having met with Sechin and Divyekin, or even knowing who Divyekin was; if true, those statements contradicted the claims in Report 94 that Page had met secretly with Sechin and Divyekin about future cooperation with Russia and shared derogatory information about candidate Clinton.

Do read the rest. 17 major “mistakes” and not one of them goes Trump’s way.

The FBI knew that the dossier was nearly 100% without substance, but acting FBI Director Andrew McCabe demanded it be used in the ICA. The CIA was reluctant.

The [FBI] Supervisory Intel Analyst explained that the CIA believed that the Steele election reporting was not completely vetted and did not merit inclusion in the body of the report. The Intel Section Chief stated that the CIA viewed it as ‘internet rumor,’” and wanted to include the reporting in an appendix, not the body.

Sen. Lindsey Graham said the moment the FBI used a dossier they knew to be essentially merit less to obtain a FISA warrant it became a crime.  Actually, it became a conspiracy.

And that’s where Horowitz loses me. This is directly from the report:

Errors and omissions. Case agents provided wrong or incomplete information. Then he writes that there is no evidence of intentional misconduct and even went so far as to say they found no political bias.

Excuse me? He writes that they did not receive satisfactory explanations for the errors and problems.

Bias would explain it perfectly. Why would seasoned FBI agents use a unsubstantiated dossier of lurid gossip, omit exculpatory evidence and frame a former IC asset who actually helped nab a real Russian spy (Page) if not for bias?

Doesn’t make any sense. It’s either bias or complete incompetence. Wray was supposed to have fixed these problems already and he’s done nothing. People need to be charged and tried or the entire system of Justice- which is already teetering thanks to James Comey– is over. We could never have faith in it again.

The FBI has been made into a political weapon and that is frightening. Frankly, it should be burned to the ground and the FISA Court scuttled entirely. If the IC can do this to a President-elect and an IC asset, they can deprive all of us of our rights.

This has to end.

Hitler book he adores and instructs you to follow.

Hahaha…all the “Hitlering”…finally moving the embassy, freeing prisoners, doing more for the Black community than most presidents (at least according to the poor-to-Billionaire owner of BET…)…rising and record approval among minorities.

Yeah, he’s quite the fascist.

Meanwhile, in reality, Dems have the following list of fascist behavior.

Trump has done much to promote freedom, choice, and real equality. Your party? Not so much these days.

I think you may want to entertain the idea that your ideologies are a bit dated, and also just exploitation by a party to get your vote..by making you angry.

Trump won. Economy is booming. We’re getting out of wars, and holding the rest of the world economy.

I suspect that when one loses a debate soundly and trips spectacularly over their own lies, creating a new sock-puppet to spew incoherent gibberish is an obvious choice?

And that ain’t kitt…Cult45 is f*cking you up, hard. I’d be careful.

@Deplorable Me: Cabbage, urine and Farts never denied the wikileaks emails were not authentic, so AJ’s squeeze didnt spend her time off the campaign trail bathing.

@CULT45 KITT: Isn’t funny how the media has continued to try and cover Hillary’s crimes by just looking at how it was leaked…never actually touching the issue of her breaking the law?

My, how things change quickly.

@Nathan Blue: Did you read those emails she hates everyone! The kids for liking Bernie the flyovers, coal miners, conservatives.
She loves the back yard Sacrifices to a demon, by Cheryl, spirit cooking and full access to little boys in Podestas pools, frigging creepy taste in art if you can call monsters with children art.

@CULT45 KITT 😉: Yes…very creepy. My issue is how simple intuition about who people are goes out the window when Dems look at their candidates. I honestly don’t want to be mean, but most of them are just…weird people…and that’s the norm for President?

I’m excited to see the black vote for this next election, because here on the ground, I see that “blexit” is in full force. The impeachment has really galvanized African Americans against the Dem party.

Maybe Nadler can stay awake and keep from slobbering all over himself while his degenerate party railroads articles of impeachment based innuendo, opinion, presumption and lies. Like with Obamacare, the Democrats rush to accomplish something based on a time schedule, not to benefit the American people.

CAUGHT ON VIDEO: Pelosi’s General Jerry Nadler Drools on Himself on Live TV during Impeachment Hearing