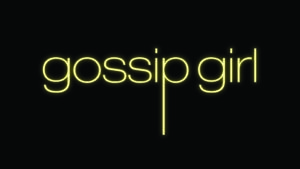 As the Trump coup proceeded yesterday some very key things arose from the pile of schiff that stank up the room. That dope masquerading as a news man Chris Wallace took the emotional bait set for him and the rest of the left wing media.

“if you are not moved by the testimony of Marie Yovanovitch today, you don’t have a pulse.”

Wallace’s job is not to be “moved.” This is also what the rest of the stooge media focused on- a shiny object to distract from what were to be the most significant discoveries of the day. Yovanovitch was the day’s Gossip Girl.

But once you wiped away the liberal tears blinding you there were really important stories to be seen.

Stewart: “I would now feel compelled to ask you, Madam Ambassador, as you sit here before us, very simply and directly, do you have any information regarding the president of the United States accepting any bribes?”

Stewart: “Do you have any information regarding any criminal activity that the president of the United States has been involved with at all?”

She disclosed that the obama administration knew about the corruption Hunter Biden was engaging in and they prepped Yovanovitch for that:

The Obama administration was so concerned about Hunter Biden’s job on a Ukraine energy giant’s board of directors that it prepped Marie Yovanovitch about the issue before her 2016 Senate confirmation.

In response to questions from Republican counsel Stephen Castor, the ousted former US ambassador to Ukraine testified at the House Intelligence Committee’s second public impeachment hearing on Friday that she had been informed about the lucrative gig the son of Vice President Joe Biden had landed with Burisma.

Castor pressed her on why she took no action after learning of Hunter Biden’s post, which paid him as much as $50,000 a month despite his lack of relevant experience.

“We — I was aware of it, because as I told you before, in the deposition, there had been a — in terms of the preparation for my Senate confirmation hearings for Ukraine, there was a question about that and a select answer,” Yovanovitch replied.

“So I was aware of it, yes. My understanding from newspaper accounts is that he just recently left, in 2019. I never met him, never talked to him.”

The investigation into Burisma corruption was not closed as Biden and democrats have been falsely asserting:

Former Ambassador Marie Yovanovitch, one of the star witnesses of the Democrats’ impeachment inquiry, on Friday undercut the defense Joe Biden and his allies have been making about the firing of Ukraine’s top prosecutor.

Yovanovitch, a self-described anti-corruption expert who most recently served as U.S. ambassador to Ukraine between 2016-2019, told the House Intelligence Committee there was an open probe into Burisma Holdings when Joe Biden demanded the firing.

So it is pretty clear not that Joe Biden did engage in a quid pro quo to shut down an investigation into his son.

A star is born- Elise Stefanik.

No wonder why Schiff is so afraid of @EliseStefanik🔥

He said the Whistleblower would testify

Stefanik pounded Schiff with his own mendacity:

“Since the Chairman has gaveled out all of my colleagues with their unanimous consent, I am going to read for the record many of the chairman’s comments in September of the importance of hearing from the whistleblower,” she began.

“September 29 in the Wall Street Journal: ‘The whistleblower at the center of the impeachment investigation of President Trump will testify in the House very soon.’ This is a quote by the chairman,” Stefanik noted.

“USA Today September 29: ‘Talking with ABC News This Week, Schiff, the Democrat who chairs the House Intelligence Committee, said the whistleblower would testify very soon and the only thing standing in the way was getting security clearances for the attorney representing the whistleblower so they could attend the testimony,” she continued.

“These are all quotes from chairman Adam Schiff,” Stefanik reminded the room.

“I can keep going, but again. The chairman refused to allow us to put these into the record with unanimous consent, so I read those out,” she said, noting the importance of protecting whistleblowers from retaliation and firing.

Elise Stefanik is getting her first serious exposure to a national audience. It is not going well for her. Lies, deception, and worse. Not a good person.

This is not working out the way Schiff and his henchpeople planned. As they say, sunlight is the best disinfectant.