Impeachment- the play: starring the democrat party as the KGB and Adam Schiff as Stalin 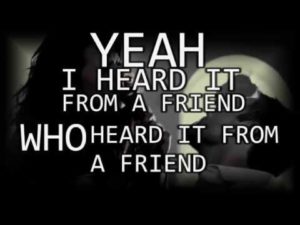 The so-called impeachment hearings are an absolute farce. Adam Schiff- who is best pals with Ed Buck and Terry Bean (drug dealers and pedophiles) – has controlled the information flow carefully, leaking out snippets of testimony with the same slick method he employed when opening an official hearing with his deceitful and mendacious rendition of the Trump-Zelensky phone call.

Alan Dershowitz has likened this process to the KGB under Stalin:

“Whether you’re a Democrat or a Republican, whether you’re from New York or the middle of the country, you should be frightened by efforts to try to create crimes out of nothing,” Dershowitz told host John Catsimatidis. “The latest twist was people on television, particularly CNN and MSNBC, are saying that if the president or somebody else were to name the whistleblower in the Ukrainian situation that person would be guilty of a crime. Well, I spent the afternoon yesterday searching the federal criminal statutes from beginning to end. I couldn’t find the crime.”

“It reminds me of what Lavrentiy Beria, the head of the KGB, said to Stalin. He said, ‘Show me the man, and I’ll find you the crime,’ which he really meant, ‘I’ll make up the crime.’ And so the Democrats are now making up crimes,” he added.

So let’s look at the lynch pins of this farce- that upon which democrats are betting it all- the REO Speedwagon ploy:

Schiff desperately hopes Taylor shows quid pro quo linking US $ to the opening of an investigation. Taylor’s only main reference to Biden though in his 15 pg opening was the mother of all hearsay: Morrison told Taylor that Sondland told Morrison that POTUS told Sondland, etc. 👎 pic.twitter.com/NFfmzBttfw

Star witness? Taylor said in depo he believed reason POTUS wanted Ukraine to investigate Ukrainians' interference w/ the 2016 election & Burisma was just to get dirt on Biden. He later admitted to me his sole source of info was…wait for it…The NY Times. pic.twitter.com/Yj6DUlkit7

Kurt Volker was the deposition witness w/the most amt of 1st hand info of the recent US-Ukraine interactions being discussed. He DESTROYED Schiff’s quid pro quo fairy tale trying to link US $ w/2 investigations. His public testimony would be a live hand 💣 for Schiff’s parody. pic.twitter.com/IzFcqUBy5Q

Zeldin has been superb.

Ambassador Gordon Sondland never had any firsthand knowledge of any “quid pro quo” involving U.S. military aid for Ukraine in exchange for Ukraine conducting investigations, according to his recently released closed-door testimony as part of the impeachment inquiry.

When he was asked by the Republican counsel, “To the best of your knowledge, do you know about any preconditions on the aid?” he responded, “No.”

“There were a lot of rumors swirling around as to why the aid had been held up, including they wanted a review, they wanted Europe to do more. There were all kinds of rumors,” he added.

What was Trump actually said?

He said he called the president on September 9, 2019, to find out what he wanted from Ukraine.

“He said: ‘I want nothing. I want no quid pro quo. I want Zelensky to do the right thing.’ And I said: ‘What does that mean?’ And he said: ‘I want him to do what he ran on.’ And that was the end of the conversation.”

Should be noted that the only way Vindman and his attorney can get away with the sheer contempt they show for members of Congress is because Chairman Schiff approves. From the transcript: pic.twitter.com/tjHdvKJyDv

NSA adviser Robert O’Brien has stated that Alexander Vindman will be removed from his NSC chair. Frankly, the whole of the NSC should be removed and Trump should start over. Now Vindman can be reassigned to somewhere more fitting to his proclivities- like Greenland.

Eric Swalwell accidentally blurted out something very interesting- his witnesses have been coordinating with each other to make sure their anti-Trump fairy tale testimonies are in accord.

[@01:17] REP. SWALWELL: These witnesses have been fairly consistent. And for the most part, they’ve not been coordinating or talking to each other.

Adam Schiff will be conducting his REO Speedwagon impeachment hearings in a Stalinesque fashion- not permitting GOP witnesses and stifling any questions that might counter his kangaroo court proceedings.

It should make for great theater.

He later admitted to me his sole source of info was…wait for it…The NY Times.

Anyone that bases an opinion on what the NYT puts out is a supreme fool.

Eric Swalwell accidentally blurted out something very interesting- his witnesses have been coordinating with each other to make sure their anti-Trump fairy tale testimonies are in accord.

Which, of course, was the reason Schitt gave for his closed hearings. We all knew, though, that he was lying. He’s done nothing BUT lie.

Imagine, an entire case built upon hearsay, spiced with a bit of opinion. Would any government that actually values justice be involved anything like this? Only third world despotic regimes conduct proceedings in this way.

And Democrats just LOVE it.

These witnesses have been fairly consistent. And for the most part, they’ve not been coordinating or talking to each other.

COLLUSION!
Fairly consistent Vindman is the one that gave the DNC spy his version of the call, he was the only witness that hear it first hand.
The others have their info from fox, the hill and NYT ,a standard of vetting information for the FBI to verify Russian disinformation.
They all think they make foreign policy and not the president.
When does #6 from taco bell menu, and DNC coordinator of Manafort info, testify, Ms Chalupa?
Did Ms. Chalupa meet with Glen Simpson or Nellie Ohr?

They all think they make foreign policy and not the president.

None of that actually even matters; it’s just pretext. The Obama administration was warned about Hunter Biden being drawn into a corruption vortex while Joe was Vice President, but they didn’t care; money’s money. Then, when Burisma lobbied the State Department to stop the investigations into their corrupt dealings, Joe happily obliged. You think they are concerned about Trump’s foreign policy? It’s just an avenue to pursue impeachment and it is obvious to everyone how tenuously they have to stretch every rumor to travel that avenue.

Remember when Al Frankin was a Senator?
He was on Senate committees.
But, unlike all the other Senators on both sides of the aisle who did their homework and asked intelligent questions based on testimonies and laws, Al Frakin always based his line of questions on a news media report.
Sometimes it was the WaPO, other times the NYTimes.
I even watched him on C-SPAN referencing a TV news story!

Sadly, the entire Left in the House and Senate has moved in Al Frankin’s direction instead of repudiating his fact-free wasting of time on the People’s dime.

when Al Frankin was on SNL his breakfast was a joint and coffee, depending on company cocaine. he truly represents the communist perception of Americans as defining “decadent stupidity”. the current farce of impeachment is a working page out of Khruschev’s playbook on his rise to power. when you have people in the congress making decisions with SFB’s like frankin, toad nadler, bar fly pelosi, pencil dick schiff, pedophile schomer, and a james brown impersonator crazy max waters major mistakes in foreign policy will be made and this Country will suffer the consequences

I have a friend in Minsk
Who has a friend in Pinsk
Whose friend in Omsk has friend in Tomsk
Has friend in Petroprovinsk!
…
And I publish first.
…
Nikolai Ivanovitch Lobachevsky was his name!
Tom Lehrer.
There is much more.

George Costanza could be a spokesperson for Schiff giving his witnesses advice.

@Deplorable Me: Searching the old newsfeed this morning aka my preferred propaganda, There were 2 stories, the IG report is suppose to be released by Thankgiving…..these release reports are becoming the oak island and finding bigfoot of rightwing news.
There was this…https://www.coasttocoastam.com/article/attempted-bigfoot-break-in-blamed-for-gunshots-at-house-in-ohio/

@kitt: This is the difference between Republican and Democrat. Republicans are very cautious and hesitant to release information that is damaging to the country. Democrats don’t care and will expose or invent anything necessary to gain power, damage to the nation be damned.