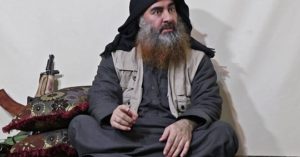 The body parts of terrorist ISIS leader Abu Bakr al-Baghdadi had barely been collected when the left wing media began dunning Trump for his words and actions and demanding respect for the slain terrorist. Trump minced no words in describing the outcome of the raid:

He died after running into a dead-end tunnel “whimpering, and crying, and screaming all the way.

The compound had been cleared by this time, with people either surrendering, or being shot and killed. Eleven young children were moved out of the house, and are uninjured.

The only ones remaining were Baghdadi in the tunnel, and he had dragged three of his young children with him. They were led to certain death.

He reached the end of the tunnel, as our dogs chased him down.

He ignited his vest, killing himself and the three children.

His body was mutilated by the blast.

The tunnel had caved in on him, in addition.

The thug who tried to hard to intimidate others spent his last moments in utter fear, in total panic and dread, terrified of the American forces bearing down on him.

He was a sick and depraved man, and now he’s gone. Baghdadi was vicious, and violent, and he died in a vicious and violent way, as a coward, running and crying.

A brutal killer, one who has caused so much hardship and death, has violently been eliminated. He will never again harm another innocent man, woman, or child.

Well, my goodness, this is just unacceptable, cried democrats and liberals.

James Clapper fretted that this could “galvanize” ISIS

Clapper said, “What is going to be interesting is to the extent to which this negatively affects ISIS or does it galvanize ISIS, the remnants of ISIS, which still survives as an ideology and has franchises in other places besides Syria.”

He added, “ISIS is more than just Baghdadi, as important as he was. 14,000 to 18,000 fighters yet remaining and the franchise are branches in other places — notably, Afghanistan where of course we still have forces. ISIS did participate in losing leadership. So they decentralized and groomed people to assume the role. Now I don’t know that they have anybody would have the symbolic importance of Bagdadi, but I don’t think we can say at this point that we can stop worrying about ISIS.”

The Washington Post was all about respect for Baghdadi 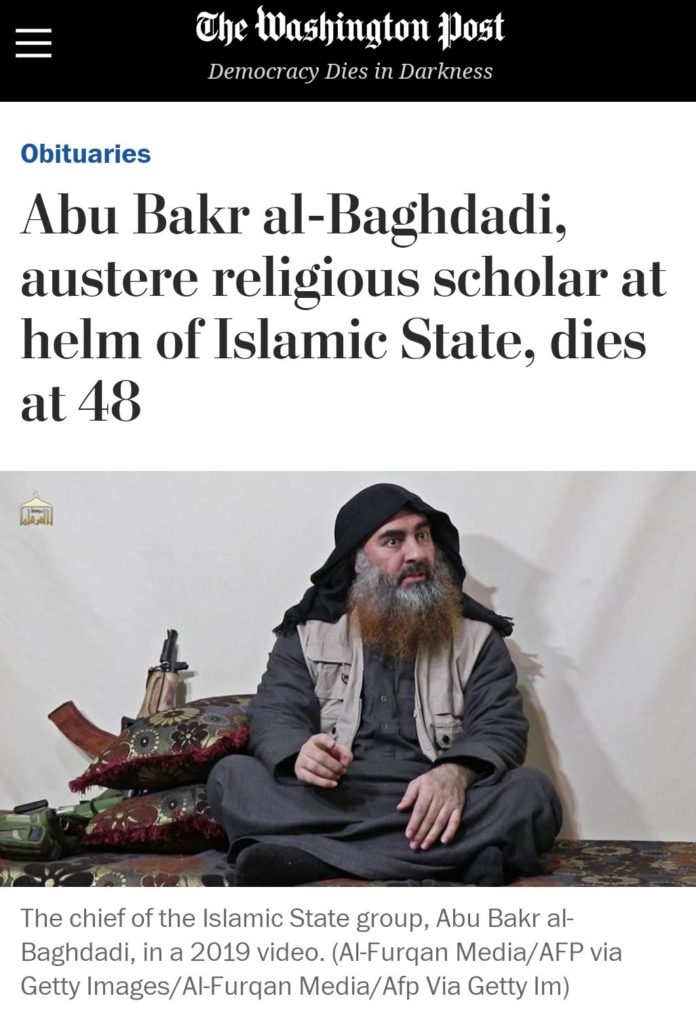 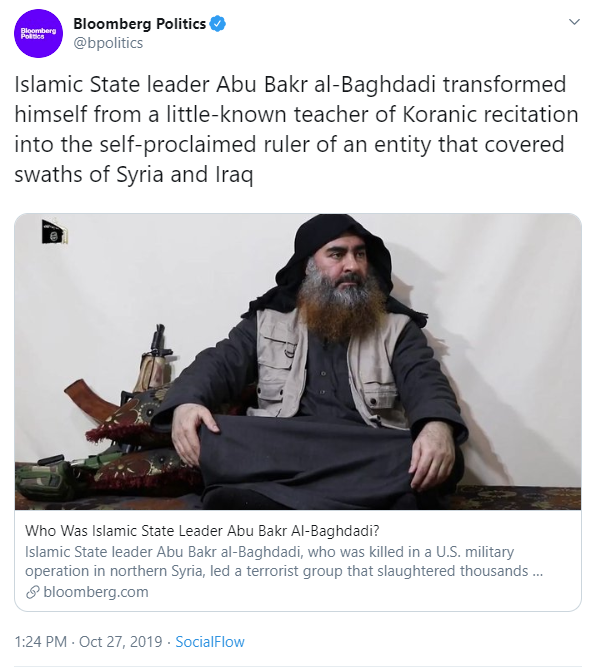 And naturally the NY Times would have to pitch for Baghdadi

10. We are familiar with the atrocities his group carried out & are used to thinking of Baghdadi as a criminal & a thug. But those who knew him as a teen & as a young man described him as having a spiritual gift. The owner of the first mosque he attended described him like this: pic.twitter.com/bghskTyvUi 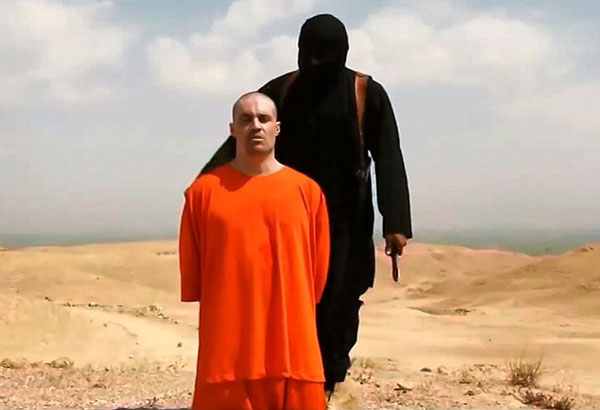 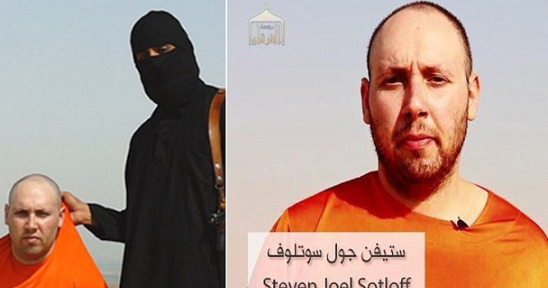 For raping, torturing and causing the death of Kayla Mueller?

‘When they first captured Kayla, ISIS fighters pulled her nails out,’ Muna told MailOnline. ‘She was forced to convert to Islam,’ she added.

Muna said she was transported alongside Miss Mueller and another Yazidi sex slave named Susan to the home of Baghdadi’s deputy Abu Sayaff in the Al-Shadadiya suburb of Raqqa.

In October, Baghdadi himself visited the house and repeatedly raped Kayla in front of Muna.

‘She was afraid and she didn’t resist as he would beat her,’ she said. ‘I saw him rape her three or four times and they told us that anybody who runs away, including Kayla, would be killed…Kayla did not know she was the Caliph, but she knew he was important.’

‘When Kayla returned in the morning she was crying and said she’d been raped,’ Muna added. Or any of the other mass murders?

Or the Yazidi women sex slaves?

No, Abu Bakr al-Baghdadi does not deserve anyone’s respect- not for anything. To assert that the rhetoric be toned down in respect to Islamic custom is to admit that Baghdadi’s actions are based in Islam (to be fair, WaPo and Bloomberg have described Baghdadi as a “religious scholar). obama’s “respect” for the Islamic customs of terrorists got no one anywhere. Prospective recruits need to know the price they will pay. These animals need to know that they will be blown up and have their parts distributed. They need to know that their inglorious leader ran like a frightened coward, screaming and whimpering as he fled. They need to know that Baghdadi murdered his own children. They need to see him ground into the dirt and spit on, with the promise that they could be next.

What they don’t respect is weakness.

One day after Baghdadi is killed, so was his second in command

The ISIS second-in-command who incited lone-wolf terrorist attacks on the West has been killed, the terror group’s media arm announced Tuesday.

The Pentagon said it could not yet confirm the death of Abu Muhammad al-Adnani but announced that coalition forces had carried out a “precision strike” targeting him near Al-Bab, a Syrian town near the Turkish border.

“We are still assessing the results of the strike, but al-Adnani’s removal from the battlefield would mark another significant blow to [ISIS],” Pentagon spokesman Peter Cook said in a statement.

Al-Adnani was ISIS’ charismatic director of external operations and its main propagandist. He served as its No. 2 leader but was at the top of the U.S.’s ISIS kill list, with a $5 million bounty on his head.