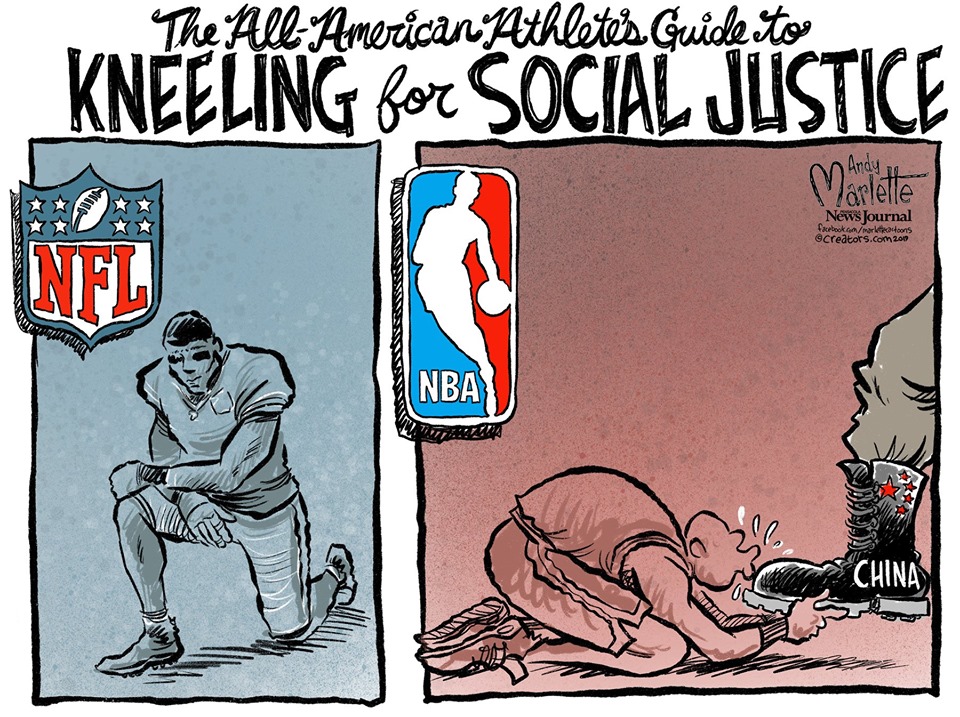 Welcome back, everybody! One week closer to Halloween, and no shortage of scary crazy from our Lefty pals:

A look at the end point of where The Radical Left’s anti-Christian bigotry will lead.

10/9 – How the Left is Banning Conservatives From the Internet

They know they can’t win the argument, so they need to shut it down.

This week’s update from Northern Venezuela

There’s been a lot written about this subject from both sides. This Israeli writer gives the clearest writing on the topic I’ve seen yet.

This is one of the more disturbing things you’ll read.

“Your speech is violence and my violence is speech.” – today’s Radical Left

Another post on Northern Venezuela, this one showing the consequences of putting Leftists in power

One has to admire The Radical Left’s inability to learn from reality, no matter how many times it smacks them in the face.

Hopefully the headline didn’t make you spit your drink on your screen! And no, that headline’s not being said sarcastically, either. I have no love for Chelsea or any Clintonistas, but damn let’s give credit when one of them does right.

This is hardly as big in the news as the NBA’s capitulation to China, but is another example of the cowardice of the various entertainment industries.

From the archives, we go back to 2012 to ask the question: Did You Know that not Robbing your Neighbor Is One of your Household Expenses?

For you non-Iowans, let me explain that this is a Big F'ing Deal. RAGBRAI has been a beloved state institution since 1973, attracts tens of thousands of riders, and is a major source of goodwill for the Register. This is a major kick in their nuts

Give credit to USA Today for looking up a synonym for “seized” https://t.co/WrOfWHGMaN

Al Gore: "GET OFF OF MY PLANE! I HAVE A CLIMATE CONFERENCE TO GET TO!" https://t.co/2QoZ7Cfy4Q

Democrats are dying to have that power and they are gradually inching up on it with their persecution of Trump and his associates.

10/9 – How the Left is Banning Conservatives From the Internet

A fear of criticism only indicates that the criticism is factual.

I like the meme I saw which points out that California mandates electric cars, then turns of the power. Democrats relentlessly defend their failed system. Any criticism of California bringing their wildfire problems upon themselves by prohibiting logging companies from implementing forestry management techniques brings about denunciation of deforestation and clear cutting… something that logging companies would NEVER do as it cuts their own economic throats. Democrats don’t want solutions; they want socialism.

The Kurds and everyone else in that region were betrayed long ago by Obama. Democrats should come forth and demand that Trump open up a battle front in Syria with full combat operations, if that is what they want. Instead, all they want to do is criticize.

The same holds true to every police shooting, whether a justified use of lethal force or a tragic accident when the victim is black. Apparently, blacks (according to the viewpoint of many liberals) are or should be immune from law enforcement. However, the robber’s gun is one Beto can go and confiscate. It’s a start.

CNN has as much interest in equality as they do in promoting the truth, which would be zero. So, though my name may be “Bill”, unless you pronounce it “He-guy”, you are committing an act of violence against me, you bastard. Put that on RECORD.

But, that’s the world’s 6th largest economy! Or… was. Democrats are like what my mother used to accuse us kids of… they’d wreck an anvil. There is NOTHING they can’t destroy.

Still waiting for that story where artificially raising wages to $15 an hour results in economic growth and expansion.

Unfortunately for Chelsea’s electoral prospects, Mommy and Daddy unadvisedly put her name on their scandal-riddled Foundation/ATM.

Once again… where is the UN? Isn’t this the kind of thing that is precisely in their wheelhouse?

Laws punish crimes, they do not prevent them. MORALITY prevents crimes, making committing heinous acts an unlikely option for those with morals. One might avoid state detection and get away with a crime but one cannot get away from guilt of conscience if they have morals that tell them the crime was morally wrong. Democrats wish to destroy morality and replace it with state power, a fear of the awesome and totally intrusive power of a police state. Morality gets in the way of expecting family members to snitch on fellow family members or friends when they express anti-state thoughts, so such anachronisms such as religion need to be eliminated.

If Chelsea Clinton ran for this open House seat in New York, she would begin with an instant name-recognition and fundraising advantage in the primary, and she would probably win in the Democratic-leaning district. But from all appearances, she has no deep yearning to run for office or serve in elected office anytime soon.

Whew! That saves a few mysterious suicides and plane crashes. https://www.youtube.com/watch?v=F1LWVY0wwG4
I’ve urged Americans to take a break from the Kennedys , and so did Mom.

The dude that glued himself to the airplane, Not a call to the passengers for a doctor is there anyone with fingernail polish remover, damn 4 oz limits. Oh well
https://www.youtube.com/watch?v=HWrjBBXjjhM

Antifa, the military wing of the Democrat party, is already beating people for holding differing ideas, like Uncle Joe. 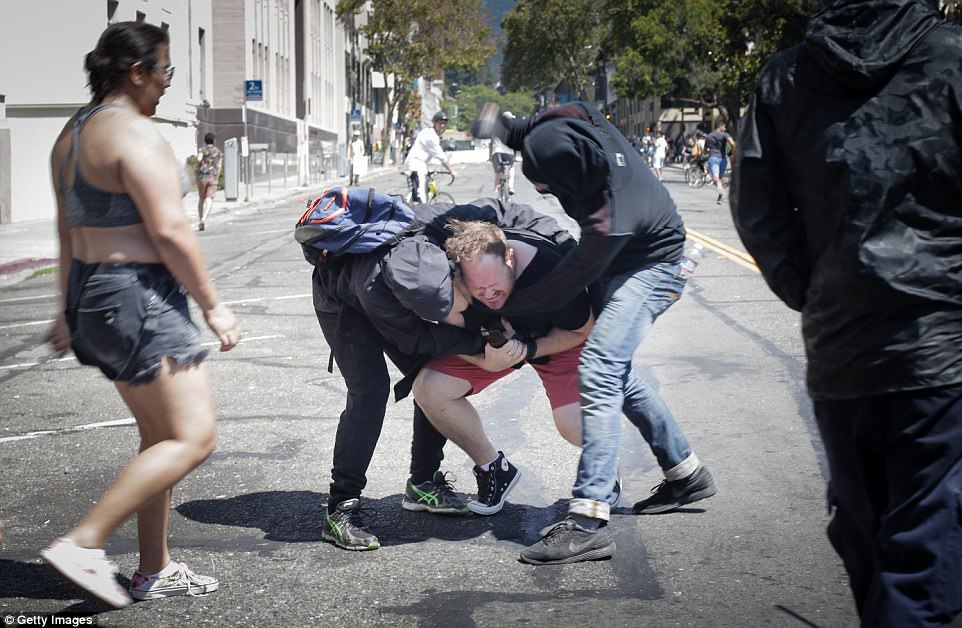 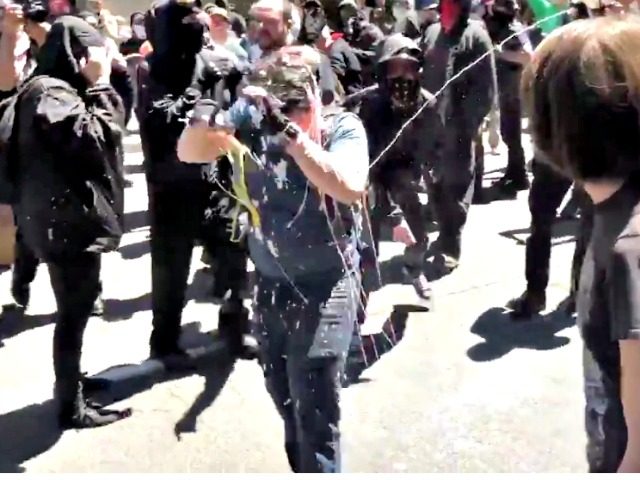 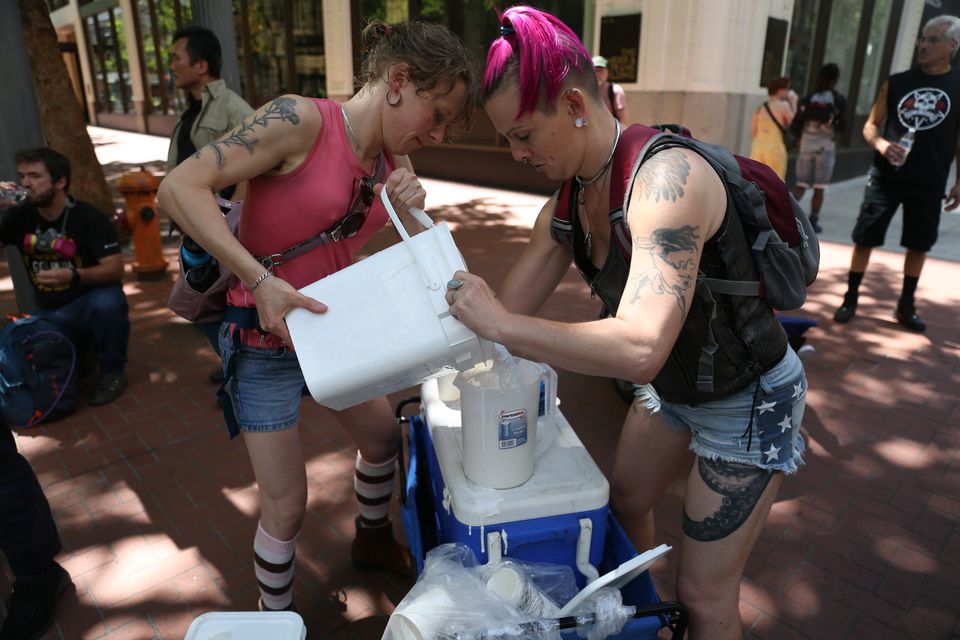 Unless these freaks get convicted and spend plenty of time behind bars, this will continue, even to escalate.

Democrats wish to destroy morality and replace it with state power, a fear of the awesome and totally intrusive power of a police state. Morality gets in the way of expecting family members to snitch on fellow family members or friends when they express anti-state thoughts, so such anachronisms such as religion need to be eliminated.

Who can forget one of Barry O’s greatest hits, encouraging children to snitch on their parents to The White House?

@kitt: Damn, when you mentioned a break from the Kennedys I was hoping for something from these guys!

@Nan G: I doubt jai time will do it. I’m worried that this will continue to escalate until some beatdowns start happening that scare these fools away. The government sure as Hell isn’t going to do anything

hoping for something from these guys!

@Brother Bob: He encouraged everyone to snitch on everybody. A true police state.

@Brother Bob: Oh my morning email had such a gem.
Not only is Natasha Gabbard a KGB agent or something. Our mob rule President has something to say about 4th grade kids .“Every, you know, every Hackathon that happens, you know, 10-year-olds are hacking our voting systems and the networks that connect them.”
Perhaps she should have had a 10 year old in charge of her server that had nearly 600 security violations?
Little cheeto stained fingers and sz. Small MAGA hats tapping away at their keyboards.
From Madcity WI. https://www.redstate.com/sister-toldjah/2019/10/18/black-high-school-security-guard-booted-warning-black-student-not-call-n-word-gets-good-news/

@kitt: Just remember, THAT could have been our President, if they weren’t so incompetent at collusion.

[…] Flopping Aces has the Sunday Funnies (last Sunday’s, check later for this week’s). And this week in radical leftism. […]