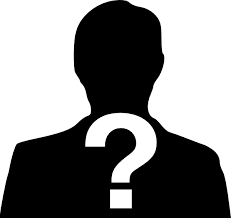 Anyone else remember when Schumer said that? It was prophetic. The IC has come for Trump.

Today was quite the day. It was entertaining watching Adam Schiff endeavoring mightily to get DNI Joseph Maguire to say what he wanted him to say but Maguire would have none of it. Schiff went so far as to try to get Maguire to violate Executive Privilege. Maguire frustrated Schiff at every turn. But for openers Adam Schiff fabricated a Trump conversation

This was all in response to a so-called “whistleblower” complaint. The complaint was called “credible” but it was not and here’s why

IC IG ICWPA Form 401 dated 24 May 2018 requires “urgent concerns” to be about an “intelligence activity,” be “reliable first-hand knowledge,” and not be “second-hand knowledge.” pic.twitter.com/v8F4APkoiL

The whistleblower had nothing hearsay, i.e. no firsthand knowledge of anything. It also turns out that there are holes in the “whistleblower” complaints.

A “White House official” is quoted by the whistleblower (WB) as objecting to the storage of the MEMCON transcript of @realDonaldTrump call with Zelenskyy in a secure storage system in the NSC. This was wrong (a cover up) because it contained “nothing remotely sensitive”. Nothing! pic.twitter.com/z38G4xkwkq

Scoop: Senior Govt Official tells @CBSNews Counselor to the State Department Ulrich Brechbuhl was NOT on the @POTUS call with #Zelensky, as the whistle blower complaint states.

— Trump didn’t mention Lutsenko, in fact he praised Shokin (his predecessor fired for looking into Biden) so that doesn’t even make any sense

These inconsistencies have been noticed

The complaint stated that Trump made a “specific request that the Ukrainian leader locate and turn over servers used by the Democratic National Committee (DNC) and examined by the U.S. cybersecurity firm CrowdStrike” — a request that does not appear in the declassified transcript of the call released by the Trump administration on Tuesday. Trump mentioned CrowdStrike, but did not demand the server.

And according to the whistleblower complaint, by mid-May, U.S. diplomat Kurt Volker sought to “contain the damage” from Trump attorney Rudy Giuliani’s outreach to Ukraine.

But a July 19 text message conversation from Volker to Giuliani, provided to Fox News on Thursday, showed that Volker had in fact encouraged Giuliani to reach out to Ukraine — even sending Giuliani a message reading, “connecting you here with Andrey Yermak, who is very close to President Zelensky.”

It is beginning to look like a hack job. Now about that whistleblower. He is a spy. For real.

WASHINGTON — The whistle-blower who revealed that President Trump sought foreign help for his re-election and that the White House sought to cover it up is a C.I.A. officer who was detailed to work at the White House at one point, according to three people familiar with his identity.

He was “detailed” to work at the White House. Hmmm.  Our friends at the Conservative Treehouse have a strong argument for the whistleblower being one Michael Barry.

One source quoted in the report Tuesday said that Barry is leaving on “very good terms,” but that his departure will be a “tough loss.” Barry is reportedly returning to the CIA, where he served before joining the NSC. (link)

Gumming up the works is a report that the IC IG found “political bias” in the whistleblower:

A senior Trump administration official told Fox News late Tuesday that the administration will release a document showing the intelligence community inspector general found the whistleblower who leveled an explosive accusation against President Trump concerning his talks with Ukraine had indications of “political bias” in favor of “a rival candidate” of the president.

The whistleblower complaints are disintegrating. We want to know who detailed him to the White House. Now all we need to connect him to John Brennan and that will be that.

The accusations collapsed when the transcript was released. That’s why Schiff had to improvise his own script instead of reading from the transcript; it had to be spiced up a bit to make it sound like Trump did something he didn’t (Biden did it… Obama did it… Leahy did it… Durbin did it… Menendez did it… but Trump didn’t).

Sadly, though it has fallen completely apart (never was assembled very well to begin with) the left will continue to believe their fantasies… because the truth makes them look stupid.

schiff is one of the ranking idiots in congress next to mad max, bar fly polosi(net worth $120 million), reptile brain jerry. what is amazing is that the person that allegedly does the historic research for these idiots are bigger idiots. but one must not forget that the historical researchers must fit fiction to current demorat political fantasy. so how much time and money will be wasted on this trashy impeachment effort? amazing that the demorats can not see past the drapery of hatred-Lenin did and that is one of the reasons Stalin hated him

There are good reasons they want the imaginary whisleblower to be Anon, its a gossip rag written by Democrat Senate intelligence committee staffers.
Perhaps the source was Russians that had the phone of the Ukrainian President wire tapped. Was it passed to them by Agent Steele a reliable source.
The missing elements…prostitutes with full bladders.

@kitt: The primary missing element is accusations that match what was actually said in the conversation. But, why would liberals bother with facts?

@Chris Wallace: You’re continued sock puppetry Gary Miller will keep you banned from commenting here till the end of time.

@Chris Wallace: The media has kept you ignorant, Im sorry for you.
Again you and your ilk defend the leaking of classified information. Defend ignoring of IC policies, that are there to protect national security, in order to GET TRUMP.
We are deep into a civil war, one we do not intend to lose.
It isnt about Trump, but keep listening to MSM they have you gaslighted.

@kitt: I can only read part of his first line, but like AJ, Miller cannot see, apparently, that the accusations in no way align with the phone call. It never dawns on such idiots why all the “proof” is always hearsay and “what if’s”.

But he’s no different from the other hoard of those clamoring for an excuse to impeach Trump. They, like the idiot Reid, don’t realize the precedent they are setting; that impeachment would no longer require a crime to be committed or any proof. All it takes is a majority in Congress and the will to piss all over the Constitution.

@Vicky Sullivan: Oh… MS. Miller makes an appearance. Miller is an ignorant pest. Perhaps he could try to make some sort of a mature post.

Politico revealed that the White House had been placing transcripts on the codeword system in 2017 after transcripts started leaking to the media.

Maybe this is what motivated the complaint; with the transcripts secured they can’t be leaked. Thus, this cowardly worm was not able to attach the transcript or refer to it in his complaint. Yeah, Trump is a fool. He’s smarter than the whole lot of them.

Looks like they could have benefited from waiting for the facts to come out before jumping to conclusions.

Democrats have no use for facts.

@Vicky Sullivan: And now the sock puppet has resorted to commenting via his IPhone. Talk about cowardice. Move on to another blog, I can play this game as long as you like.

@Curt: You have a real stalker on your hands. The internet provides a good outlet for people who wouldn’t otherwise do what they do if they had to do it face to face.

It is long past time for the CIA to also be cleaned out. Even Romney’s right hand guy was a past CIA and an official in Hunter Biden’s Gas company. May explain Romney’s comments as a never Trumper.

The internet provides a good outlet for people who wouldn’t otherwise do what they do if they had to do it face to face.

The internet provides a good outlet for people who wouldn’t otherwise do what they do if they had to do it face to face.

Any luck on providing a viable presidential candidate yet, or are you still banking on the “impeachment”?

Why don’t you buy a bike lock and go to Portland, show everybody how much you believe…

BTW, Trump isn’t perfect and he makes mistakes. He has far, far fewer blind followers than Obama did, which is why your accusations are obvious in just masked anger at him winning the election. We get to vote too, and the Dems don’t own the country.