Lying by the left wing media has reached epidemic proportions 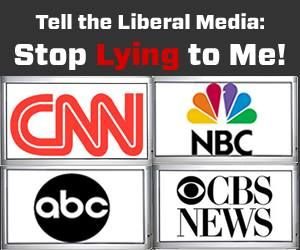 Lying by the left wing media is absolutely out of control

The Central Intelligence Agency on Monday evening slammed what it called CNN’s “misguided” and “simply false” reporting, after the cable channel’s chief national security correspondent authored a hole-filled piece claiming that the CIA had pulled a high-level spy out of Russia because President Trump had “repeatedly mishandled classified intelligence and could contribute to exposing the covert source as a spy.”

The extraordinary CIA rebuke came as The New York Times published a bombshell piece late in the evening, which largely contradicted CNN’s reporting. According to the Times, CIA officials “made the arduous decision in late 2016 to offer to extract the source from Russia” — weeks before Trump even took office.

Concerns about media reporting on Russian election interference drove the decision, according to the Times, which described the source as “the American government’s best insight into the thinking of and orders” from Russian President Vladimir Putin.

“Former intelligence officials said there was no public evidence that Mr. Trump directly endangered the source, and other current American officials insisted that media scrutiny of the agency’s sources alone was the impetus for the extraction,” the Times wrote.

Is military money really propping up a Trump resort?

Politico reported Friday that the U.S. Air Force “may have helped line the president’s pockets” by making an “odd” refueling stop at an airport in Scotland not far from the Trump Organization’s money-losing Turnberry hotel and golf course.

House Democrats are investigating whether the Air Force’s stops at Prestwick Airport have “helped keep Trump’s Turnberry resort afloat,” Politico‘s Natasha Bertrand and Bryan Bender reported. “Accusations that Trump’s properties are unfairly profiting off of his administration have dogged the president since entering office,” the article reads. “But the potential involvement of the military takes the issue to a different level.”

The news was immediately picked up by other media outlets. MSNBC’s Rachel Maddow opened her program Friday with a monologue on the story, followed by an interview with Bertrand. “Now miraculously, now that Donald Trump is president, American military cargo planes have started refueling at that airport,” Maddow said, noting the military “spent $17 million on fuel [there] since October 2017,” even though “it would be cheaper to the military if that fuel had been purchased at a U.S. military base.”

“They’re stopping at the airport that Trump needs to prop up to keep his Scottish golf resort going,” Maddow declared.

Opposition political figures picked up the story, too. “The president is corrupt and must be impeached,” Democratic Rep. Alexandria Ocasio-Cortez tweeted in response to Bertrand.

The only problem with the Politico story was that it was not the whole story. In fact, it omitted so much important information that it hardly qualified as a story at all.

The contract was inked by obama in 2016.

The first thing to note is that a public database shows the Air Force signed a contract for refuelings at Prestwick in 2016, before the Trump administration entered office. In addition, Air Force planes made many stops at Prestwick before President Trump. According to information provided by Air Force officials, planes stopped at Prestwick 95 times in 2015, 145 times in 2016, 180 times in 2017, 257 times in 2018, and 259 times through August 2019.

Instead in one of his segments, he said that blacks should focus on “the president’s racist behavior.”

His comments came after the Labor Department highlighted the black unemployment at just 5.5 percent.

Instead, Lemon teased: “Black unemployment hits a record low. How do black voters weigh the numbers against the president’s racist comments?”

From his Sept. 6 CNN Tonight:

“We’re back. We want to talk about new in your opinions from the Labor Department showing that black unemployment is down to a record low. It’s at a 5.5 percent right now for the month of August. Down half a percent from last month. The president has boasted, as you know, about strong black unemployment numbers throughout his first term.”

After clips of Trump, Lemon cued up Democratic analyst Keith Boykin: “The black unemployment rate falling to a record low. Good news only part of the story. Give us the rest of the story.”

Extrapolating on Boykin’s points, Lemon laid out the case to not credit Trump: “So under Obama, as you said, March 2010, 16.8 percent. End of the presidency, 7.9 percent. That is a difference of 8.9 percent. So Trump’s highest was 8 percent. It was in February of 2017. Now it’s at 5.5 percent. That is down 2.5 percent. So we have 8.9 percent in the Obama presidency and down by 2.5 percent in this presidency. As you said, it is good news. It is a good trend, but it didn’t start under this president and the numbers actually declined much stronger under the former president. How do black voters in 2020 weigh these low unemployment numbers against the president’s racist behavior? Charlottesville. Slamming Baltimore. Rodent infested. And you know. Go on and on?”

Item 4. There is no climate catastrophy

The head of the World Meteorological Organization (WMO) issued an unprecedented rebuke to climate alarmists in an interview published by a Finnish magazine on Sept. 6.

Petteri Taalas, the secretary-general of the WMO, told Talouselämä magazine that he called for a calm and rational approach to the climate debate, and disagreed with those who are promoting end-of-the-world scenarios.

“Now we should stay calm and ponder what is really the solution to this problem,” Taalas told Talouselämä magazine. “It is not going to be the end of the world. The world is just becoming more challenging. In parts of the globe, living conditions are becoming worse, but people have survived in harsh conditions.”

The WMO and the United Nations Environment Programme created the Intergovernmental Panel on Climate Change (IPCC) in 1988. Since then, the IPCC has become the leading institution worldwide to promote the theory that human activity contributes to global warming.

Taalas said that while skepticism of the human-activity theory has abated in recent years, climate scientists are under increasing assault from radical climate extremists.

“While climate skepticism has become less of an issue, now we are being challenged from the other side. Climate experts have been attacked by these people and they claim that we should be much more radical. They are doomsters and extremists; they make threats,” Taalas said.

You will note that this issue has evolved from global warming to climate change to climate catastrophy.

Imagine CNN running with a story based on anonymous sources that Barack Obama thought his children were stupid. Or the Clintons thought Chelsea was a moron. Unthinkable? Naturally. But with the Trump family, anything goes. On CNN Tonight on Tuesday, Don Lemon brought on McKay Coppins of The Atlantic to tout his tabloidish story about how Donald Trump Jr. and Ivanka Trump are furiously fighting each other to be president.

We could suggest two words about these hot palace-intrigue stories about dynastic dreams: “Jeb Bush.”

CNN, which imagines itself a global force for good journalism, pays zero attention to the sourcing of this “fascinating” soup. They just drank it in as Coppins ladled it out: Don Jr. “emerged as this kind of shouty, testosterone-soaked, you know, mini-Trump,”  while Ivanka stayed in the White House and “kind of very quickly figured out that she was out of her depth.”

The Trump kids are dummies. CNN loves that stuff.

LEMON: You have so many fascinating anecdotes, like the one about how the president privately reacted during the Trump Tower meeting, when that went public. And you say watching cable news coverage at the fiasco, from the West Wing, Trump shook his head warily. “He wasn’t angry at Don,” a former White House official recalled, “it was more like he was resigned to his son’s idiocy.”

“He is not the sharpest knife in the drawer,” Trump said with a sigh. [Lemon laughs] So, I mean, what a way to think of your kid!

COPPINS: Yes, and I mean, this is an important kind of insight into how Trump operates, which is that I’m told by people who know him that the way he thinks about his kids on any given day is largely shaped by how they’re playing on cable news. So if they are doing well for him, if they are out there representing him well and staying out of bad headlines, then Trump is happy with them.

“Independent fact checkers” like Glenn Kessler at The Washington Post love counting up when Donald Trump repeats something he flagged as False. So what happens when fact-checkers keep repeating their own canards? See PolitiFact during President Trump’s rally in North Carolina on Monday night. They can’t stand when Trump mocks the Democrats as radical on abortion, like in this passage:

PRESIDENT TRUMP: Virtually every top Democrat also now supports late-term abortion. [Booing] Ripping babies straight from the mother’s womb, right up to the moment of birth. [Booing] And if you look at Virginia, the governor of Virginia, he was even talking about essentially, you would say an execution. He was talking after the baby is born, the doctor will talk to the mother and they’ll make a decision as to whether or not that baby lives. This is a radical Democrat idea! That’s why I’ve asked Congress to prohibit extreme late-term abortion because Republicans believe that every child is a sacred gift from God.

PolitiFact touted its own cockamamie ruling from February on Twitter:

Trump is accurately summarizing what Northam awkwardly said back then, that there was a right to choose after birth:

It is an epidemic of lying. The left wing media has abandoned all pretense of honesty. They are out to get Trump at any cost.