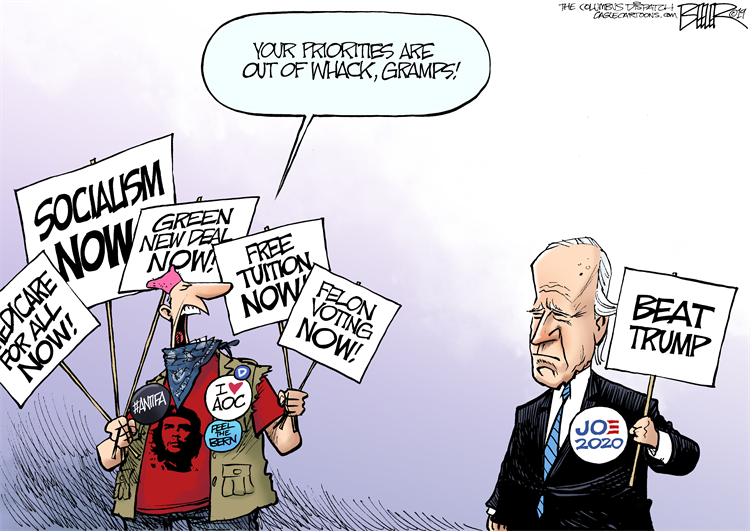 Welcome back everybody! Given that we’re all probably at least somewhat busy this weekend this will be a relatively light post. On to the crazy!

The Radical Left promoting a narrative based on junk science? I am shocked! Shocked that intellectual malpractice is going on here!

In a way I respect the CW Network’s candor. At least instead of ruining some DC superhero story after a season or two, this time they’re ruining it before the series even launches.

5/20 – Lefties Sure Do Love Political Violence

This week’s edition of “You Lefties aren’t  thinking through where your actions are going to lead, are you?”

5/21 – Impeachment is now the only play the Left has

This week’s edition of “The Only Thing we Have to Offer Is… Fear Itself!”

He makes a good case – Muslims vs. the Gaystapo, and I have to agree with him as to whose side I’m taking in this.

Let’s hope that this isn’t the end of this story.

The MSM being dishonest? I am shocked! Shocked that intellectual malpractice is going on here!

Once the fascists on the left eliminate the Electoral College they’ll be able to export the success of California to the rest of the country!

And from the archives, did you hate the ending of Game of Thrones? While it had flaws, Sister Babe and I seem to be in the minority of people who liked it. My biggest complaint about the series was how they handled Stannis Baratheon. First, the series completely botched the surprise of his army’s run-in when the Wildlings were laying siege to The Wall. But more importantly, they cut out the great reasoning he gave for his move afterward. How great was what Stannis said? In the eight years since I wrote this post he remains the only person to get endorsed for President of the US from Brother Bob in Stannis Baratheon for President!

Have a great Memorial Day Weekend!

David, I think you're missing their thought process. Chips wants to be the official cookie of @BulwarkOnline, endorsed by @BillKristol.
As @KurtSchlichter might call this, "Chips 'so much' AHOY!!!" pic.twitter.com/qf2kyVFAyK

When Germany takes a harder stance on anti-semitism than the Democratic Party, it’s probably time to rethink your strategy a bit. https://t.co/YUHRuQ9JB5

That's why we're pivoting to home improvement and fashion makeovershttps://t.co/k3LckreAfq

AHHHH!!! We need to raise taxes and cede all control to liberals in order to handle the increased numbers of animals soon to swarm over us!!! Help us, AOC! You’re our only hope!!

Liberal propaganda ruins everything; even “Brockmire” has been politicized, with the introduction of a group of red-capped protesters that smeared doo-doo on his jacket (now, who are THEY supposed to represent, one wonders?) and the inevitable introduction of the amazingly insightful gay character. The same was done to the “Mars” series, making it ultimately all about evil climate change. I guess they aren’t satisfied with just trying to ruin our government… they have to ruin sports and entertainment, too.

I would LOVE to have a windmill generate my electricity. Would someone please donate a free one and install it for me?

5/20 – Lefties Sure Do Love Political Violence

Yes, they do… or, rather, they love it when some dimwit is incited to sacrifice themselves committing the violence. I’m sure it will be revealed in a later issue, but superhero AOC can be defeated by exposing her to a garbage disposal that confuses her to the point that she trips over her poorly-assembled IKEA furniture and falls on her face.

5/21 – Impeachment is now the only play the Left has

Now the magic catch-word is “cover-up”. What Trump is covering up is unknown. The only thing covered up was collusion and obstruction; covered with 1.4 million documents provided and hundreds of hours of voluntary testimony. There will be more covered up with released unclassified and un-redacted documents PROVING the great lie perpetrated on the American people by Democrats.

Space defense is opposed for the same reasons border security and securing our elections is opposed… and by the same people. The idea is to leave the US vulnerable.

Controlling public opinion is what propaganda is for and the liberal media is nothing but propaganda.

California is the test case for how to convert the United States into a socialist disaster. Newsome recently took offense at Trump wanting the billions the US taxpayers provided California to build their choo-choo which, now, seems too expensive to build. I think, Gov, that is what is known as “fraud”. Better get your checkbook out.

The mass extinction and every other dire really really scary thing they say is true. Get your emergency supplies today, I have invested in the company that sells most essential thing you need for your emergency supplies
https://www.amazon.com/s?k=dehydrated+water&i=toys-and-games&ref=nb_sb_noss_1
You only need 1 but would you let your family and friends go without or have to kill you to get yours?
Yes just get them one and they too can have an unlimited supply when the SHTF, we all know how smelly that is going to be.
Order in the next 5 minutes and we will give you 2 for the price of 2 plus shipping and handling.

Mass Extinctions more Lies from the UN the fact that many island birds are threatened by Introduced pests like Rats and Snakes and those who let their cats roam at night it has nothing to do with SUV’s and Backyard BBQ,s