If I am Trump I put heavy security around Bill Barr 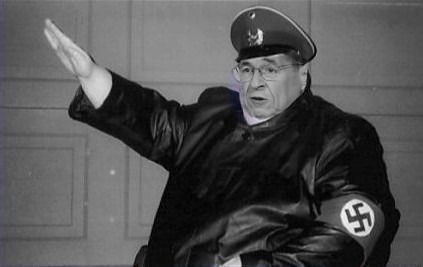 democrats are getting frantic and truly desperate and I really fear for the physical safety of Attorney General Bill Barr. Just now Maria Bartiromo said that her sources tell her that Nadler will introduce a contempt of Congress resolution on Wednesday.

Eric Holder has taught us that such charges may be dismissed summarily and they have no meaning. Obama appointee Judge Amy Berman Jackson declined to hold Holder in contempt. Ater all, Holder was Obama’s wing man.

You will remember that no democrat had objections to Holder as Attorney General was acting as Obama’s personal attorney but now are offended by such accusations against Barr.

democrats are settting one trap after another for Barr. First they used Barr’s appearance before the Senate Judiciary committee to assail him, insult him and impugn his integrity. It was shameful. Then Jerry Nadler demanded that Barr appear before the House Judiciary Committee and Barr agreed. Then after Barr agreed to appear, Nadler changed the rules to allow staff members to put Barr on trial-something entirely unprecedented. Barr then decided against appearing.

Nadler no doubt has calculated Barr would refuse and then started barking about Contempt charges.

And let’s be clear- Barr did not lie.

The mindless, no-need-to-check-the-record allegation against Barr goes like this: The AG testified on April 9 that he had no idea why Special Counsel Mueller was upset over the way Barr’s March 24 letter described Mueller’s report; but, in fact, Barr knew exactly why Mueller was upset because he had received the latter’s March 27 letter complaining about Barr’s missive.

Now, here is the exchange on which the perjury allegation is based, with my italics highlighting key portions:

CRIST: Reports have emerged recently, General, that members of the special counsel’s team are frustrated at some level with the limited information included in your March 24th letter . . . that it does not adequately or accurately necessarily portray the report’s findings. Do you know what they’re referencing with that?

BARR: No, I don’t. I think — I think . . . I suspect that they probably wanted more put out, but, in my view, I was not interested in putting out summaries or trying to summarize because I think any summary, regardless of who prepares it, not only runs the risk of, you know, being under-inclusive or over-inclusive, but also, you know, would trigger a lot of discussion and analysis that really should await everything coming out at once. So I was not interested in a summary of the report. . . . I felt that I should state the bottom line conclusions and I tried to use Special Counsel Mueller’s own language in doing that.

When we look at the actual words of this exchange, Barr’s testimony is clearly accurate. And I don’t mean accurate in the hyper-technical, Clintonesque “depends on what the definition of is is” sense. I mean straightforward, unguarded, and evincing a willingness to volunteer information beyond what the question sought.

Crist did not ask a general question about Mueller’s reaction to Barr’s letter; he asked a specific question about the reaction of Mueller’s “team” to the Barr letter’s description of “the report’s findings.” Regarding the March 24 letter’s rendering of this bottom line — namely, Russia meddled, Trump did not collude, and Mueller failed to resolve the obstruction question — Barr said he did not know what Mueller’s staff was complaining about.

CNN even went so far as to deceptively alter a video to make Barr appear dishonest.

It is highly unlikely that any judge would grant a Contempt citation and if necessary SCOTUS would put an end to it, especially as all of this is based on lies and deceit.

Nadler now demands that Barr hand over the entire Mueller report in an unredacted fashion.

In a letter to Barr on Friday, Judiciary Chairman Jerrold Nadler gave the Justice Department a 9 a.m. Monday deadline to respond to his letter affirming that it will comply with the subpoena — which called for Barr to supply the full Mueller report and underlying evidence to Congress by May 1 — or negotiate in good faith with the committee to reach a “reasonable accommodation.”

So far, DOJ has stiffed the committee, citing legal statutes that restrict the attorney general from handing over some information underlying the Mueller report to Congress and claiming the committee does not have a “legitimate” reason to demand such information.

By law, grand jury testimony is not to be made public. The Mueller team made its own redactions. So here’s the deal- if Barr releases the information, Nadler impeaches him for violating the law. If he doesn’t, Nadler hits Barr with a contempt charge.

democrats are demanding that Barr resign especially now that Barr is over the target.

None of this is likely to succeed and that brings us to a very dark place. When all of the legal avenues are exhausted, it leaves only the illicit ones.

Do I think that democrats will grow so desperate that they would resort to physically harm Barr?

democrats are talking of “jail time” for Barr.

They’re deranged and they have everything to lose.