James Comey and Lori Loughlin: Birds of a feather 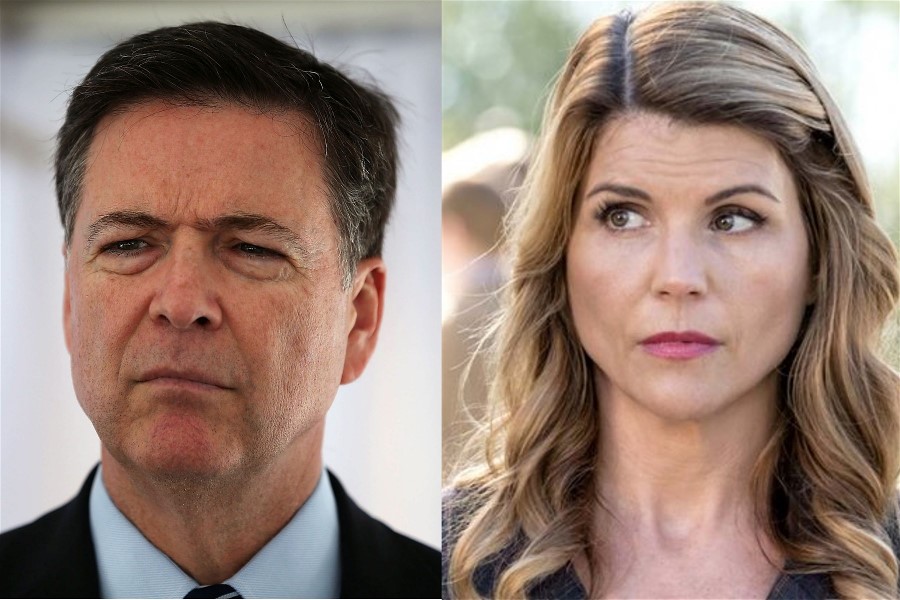 It struck me last night. James Comey and Lori Loughlin have much in common.  That sounds strange at first but once you think about it, it makes a lot of sense. Let’s have a look.

James Comey is an egocentric prissy prig who established a two tiered system of justice in this country- one for the Clinton’s and one for everyone else.

Lori Loughlin is an egocentric twit thought that there was a two tiered system as well- one for Hollywood celebrities and one for the common folk.

Comey thinks he’s above the law.

Loughlin thinks she’s above the law.

Comey thinks the law is what he thinks it is and not what the law actually is.

Comey felt like he could leak sensitive information- far more sensitive than was let on– because he “felt” that they were his private papers. They were not.

Comey doesn’t see electronic surveillance on a political opponent based on false pretenses as spying.  “I have never thought of that as spying” says he.

Loughlin thinks the law is what she thinks it is and not what the law actually says.

As opposed to Felicity Huffman, who cut a plea deal, Loughlin and her husband, Mossimo Giannulli, have decided to plead not guilty in the case. They’re not being glib. “[They] claim they were under the impression they might be breaking rules, but not laws,” a source told ET.

I am hoping they have one more thing in common.