Some people did something again, this time to Easter worshipers 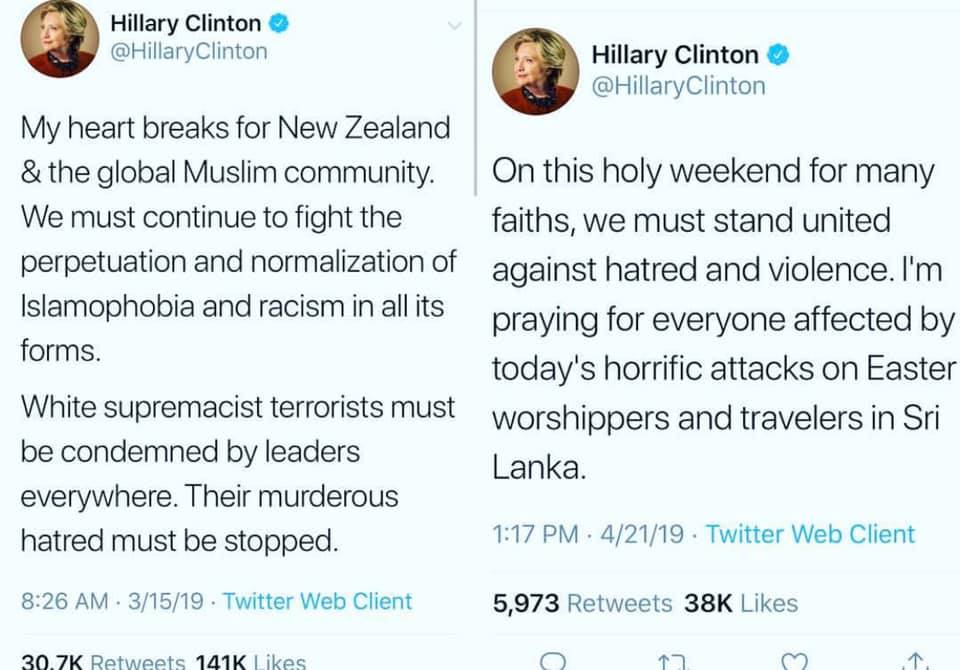 Some people have struck again. This time some people attacked Easter worshippers in an edifice in Colombo, Sri Lanka.

The liberal dog whistle was blown and it ordered everyone to obey and describe the event properly. 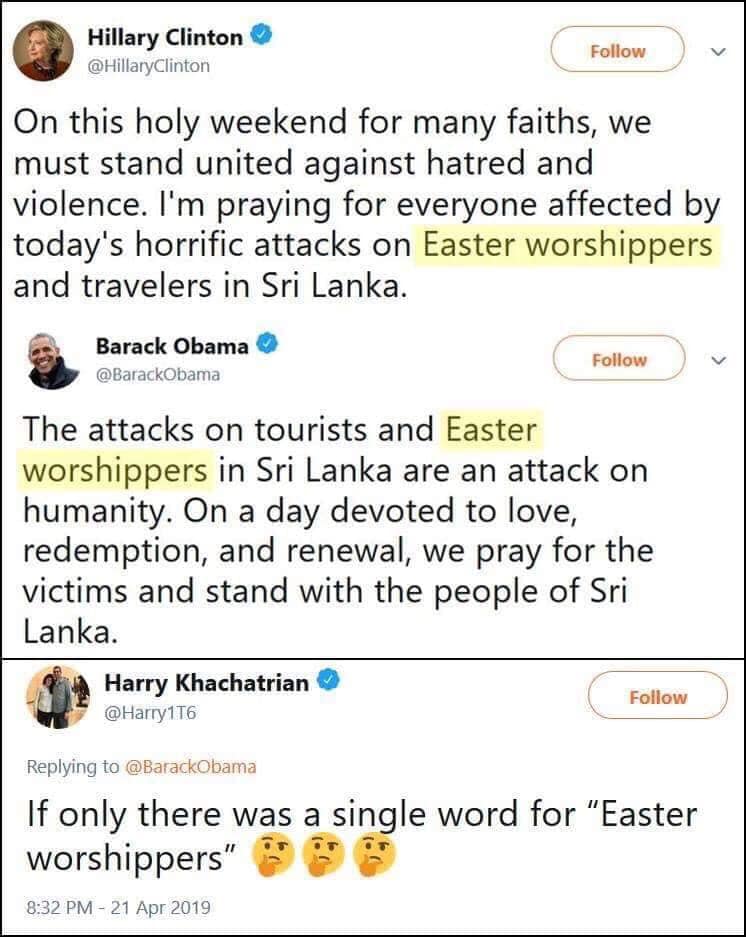 Thing is, once the term “suicide bomber” is used, you know instantly who “some people” are.

There is never a hesitation to identify the perpetrators of crimes when they are of the right color (white) and religion (Christian) but it always is “some people” when the third rail of religions is involved. It was the case in San Bernardino, Orlando, Chattanooga and Boston.

Not identifying some people is wrong. The miscreants who engage in this are fools and they do the public no service. Nothing will change until the evil that dare not speak its name is confronted. Dennis Prager:

The reason neither of them mentioned Christians or churches is that the left has essentially forbidden mention of all the anti-Christian murders perpetrated by Muslims in Europe, the Middle East and Africa and of all the Muslim desecration of churches in Europe, Africa and anywhere else. This is part of the same phenomenon — that I and others have documented — of British police and politicians covering up six years of rape of 1,400 of English girls by Muslim “grooming gangs” in Rotherham and elsewhere in England.

Some people killed 90,000 Christians in 2016. There is a war on Christians worldwide. They’re being persecuted and anti-Semitism is growing.

The liberal kitty litter may cover it for a while, but it still reeks.

I don't know about you, but I'm really looking forward to being called a "Christmas worshiper" in a couple months