The End of the Climate Hoax is Coming 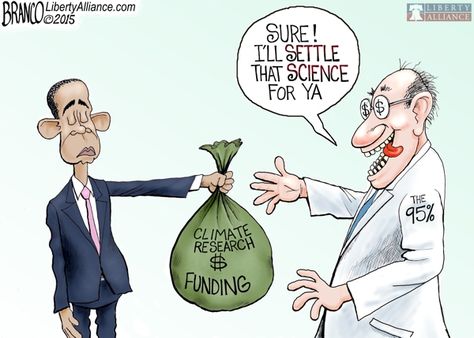 The “elite” that are in positions of power in our country have decided to make a final push on climate change before being debunked in the future. The man-hater from Hawaii Mazie Hirono stated in the past week that the Green New Deal is recognition that climate change is happening and that we should not stick our heads in the sand. She has described President Trump, and his minions know zero about the subject and that they deny the “science” behind climate change. Since the subject has gone from global cooling to global warming, to climate change, it proves that those who are pushing the globalist agenda are the ones who profit from instilling fear in the world population. Looking to move the globalist agenda forward through intimidation and indoctrination are being used to force the program on the people who look to the talking points with skepticism.

Global warming talking points are inundating the country to the point where we now have low information liberal women telling us that they are so afraid that they can not see any reason to have children. Over the last 150 years, there has been global warming.  Accepted by many scientists although the reason why is in dispute. Many climatologists and others in the climate change field agree that the climate and the global warming era we are in is regulated a great deal by the sun’s activity. The solar cycles over the past 60 years have been higher than average for the 1150  year period data collection period. The period of high solar activity in the 1970-1990 period is the cause of slightly rising temperatures. In the past 19 years with the decrease of solar activity, the temperatures have stabilized. The next cycles show a lack of sunspot activity called a “solar minimum” which will lead to cooler temperatures. Any sane climatologist must admit that solar energy input is more important than driving an SUV or pick up truck. Solar activity has been and will be more of a driving force on our climate than any globalist agenda they continue to lie to the people about.

They seem to think that they and they alone, by using governments to legislate the people back to the stone age can control nature. If they are so well versed on how to control the climate, why can’t they control hurricanes, or earthquakes or any other natural events that cause such damage to the Earth?

In 1992, Democratic Senator Tim Worth said:

“The threat of environmental crisis will be the international disaster key to unlock the New World Order.”

Our own State Department in 1992 demanded a global warming treaty even if there was no scientific evidence. Globalists have turned the global warming “science” into a state-sponsored corrupt religion to be used to bludgeon the world population  to subjugate the community to the agenda of global governance.

Alexandria Ocasio Cortez and the other Climate fear mongers are nothing new, it has been going on since at least the 1950s as I have written about before and will continue using false facts and bought and paid for “scientists” and “celebrities” like  Bill Nye the Science guy who never has been a reliable source of facts. It has gone so far that Senator Sheldon Whitehouse has put forward legislation to attempt to use the RICO Act  for organizations, companies and people with who disagree with the faulty science of climate change.

The Green New Deal which is nothing more than a socialist wish list rants on about the 97% consensus among scientists. This has been thoroughly debunked before. A peer reviewed study by Organizational Studies has shown that only 36% of geoscientists and engineers  believe that human caused climate change is true. A strong majority of those involved in the study of over a thousand responses believe that nature is responsible for the climate changes. Even the Wall Street Journal has called the Green New Deal being based on faulty science. In the words from the Wall Street Journal: “A large and growing number of distinguished scientists and engineers do not agree that drastic action on global warming are needed.”

Geologist Ian Palmer : “Climate change is a natural phenomenon. It has been going on for millions of years.”

Physicist Thomas Sheahan: “The science is NOT settled at all and it would be a great disservice to children to indoctrinate them with one currently-fashionable theory.

Dr. Will Happer, Princeton University Physicist and appointed to set up the Presidential Committee on Climate Change : “You should not let yourself be deceived by those who claim you are opposing “science”. Science has been badly hurt by the global warming cult.”

UNIPCC Tom Tripp: “Despite what you may have heard in the media, there is nothing like a consensus of scientific opinion that climate change is a problem.”

35 Year Senior Research Scientist for NASA Dr.Leonard Weinstein: “Any reasonable scientific analysis must conclude that the basic theory is wrong. The Earth will always heal itself. Climate is beyond our power to control. Earth doesn’t care about governments or legislation. You can find much actual global warming in present-day observations. Climate change is a matter of geologic time, something the earth routinely does on its own.”

Nobel Prize for Physics winner Dr. Robert B. Laughlin and a Research Scientist at Lawrence Livermore National Laboratory: The jig is up. The whole thing is a fraud. Perhaps what has doomed the Climategate fraudsters the most was their brazenness in fudging the data.”

Even the Russians are waking up to the lies of climate change. The head of the geomagnetic laboratory of the Russian Academy of Sciences has said: “Hundreds of billions of dollars have been wasted with the attempt of imposing an Anthropogenic Global Warming theory that is not supported by physical world evidence. AGW has been forcefully imposed by a barrage of scare stories and indoctrination that begins in elementary school textbooks.

Research Chemist William C. Gilbert: “The dysfunctional nature of the climate sciences is nothing short of a scandal. Science is too important for our society to be misused in the way it has been done within the climate science community. The global warming establishment has actively suppressed research results presented by researchers that do not comply with the dogma of the IPCC”

Atmospheric Physicist Dr, John Reed who has worked with Australia’s Commonwealth Scientific And Industrial Research Organization: “We maintain there is no reason whatsoever to worry about man-made climate change because there is no valid evidence that such a thing is happening.”

Climate Statistics Professor Dr. Caleb Rossiter of American University and an Obama Liberal in every sense of the word is now being shunned by the Democrat Party for being a climate skeptic. Once his climate skepticism becomes news in a Wall Street Journal op-ed in May 2014, he was terminated from his fellowship at the liberal Institute for Policy Studies after 23  years. He called the Nobel given to Al Gore the worst Nobel Prize since Henry Kissinger. Al Gore, along with Obama vilified people who disagreed on climate change and took steps like those against Dr. Rossiter to ruin lives and assure that publications would not publish and disagreement with those in power. Dr. Rossiter explained that Al Gore was supported by the progressive socialists in the party because they want to move away from an industrial society to a post-industrial, non-fossil fuel, post corporate society.It has been made clear that those pushing the false science of climate change from Congress to corporations will continue to maintain a zero tolerance policy in regards to climate skeptics. They will not debate nor even recognize that there may be those who read real facts concerning climate change and have a different point of view.

So, in an effort to ignore the facts as they are Crazy Mazie has declared that it is settled and those who are too ignorant to agree have their heads in the sand. Can you explain why these scientists mentioned above and many others do not deserve to be heard? Can you explain why those scientists that are ramming through climate change are allowed to manipulate facts and figures and put forth lies that lead to debacles like the Green New Deal? It is nothing more than a progressive socialist agenda that is one further step to the totalitarian power that the socialist demand and will be destroyed and thrown on the ash heap of history like the rest of socialism.